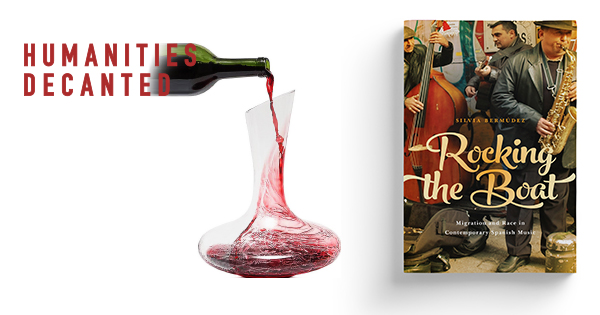 Join us for a dialogue between Silvia Bermúdez (Spanish and Portuguese) and Cristina Venegas (Film and Media Studies) about Bermúdez’s new book, Rocking the Boat: Migration and Race in Contemporary Spanish Music.  Refreshments will be served.

Rocking the Boat is a nuanced account of how popular urban music, produced between 1980 and 2013, shaped the discourse on immigration, transnational migrants, and racialization in the Spanish State borne after the Constitution of 1978.

Silvia Bermúdez is Professor of Spanish and Latin American Literatures.  Her most recent publications include the co-edited volumes A New History of Iberian Feminisms (University of Toronto Press, 2018) and Cartographies of Madrid: Contesting Urban Space at the Crossroads of the Global South and the Global North (Vanderbilt University Press, 2018).