Home > About Us  > Endowments > Hester and Cedric Crowell Endowment

The Hester and Cedric Crowell Endowment was established by Jane Crowell Rieffel in memory of her parents to recognize their interest in literature and the performing arts. Through this gift, Ms. Rieffel has expressed her personal commitment to UCSB’s academic excellence and to the advancement of interdisciplinary scholarship and education. The Crowell Endowment is intended to support the mission and programs of the IHC by providing support for public lectures and conferences. Readings and performances sponsored by the Hester and Cedric Crowell Endowment include a talk by writer and critic Vivian Gornick in April 2022; the February 2022 talk “Maintaining Life, Repairing the World: Ethics, Philosophy, and Literature” by Alexandre Gefen and Sandra Laugier; the April 2018 conference on Humanities in Prison; the April 2018 reading of Of Great Importance by Nachoem M. Wijnberg; a January 2017 talk on “Making Shakespeare: Theatre as Community Engagement” by Katherine Steele Brokaw; the May 2015 reading of Eden Falls, written by Brian Granger and directed by Risa Brainin; the May 2014 reading of Stand by (Meditations on Africa and the Afterlife), written by Christina McMahon and directed by Risa Brainin; and the January 2013 performance of Theater of War, written and directed by Bryan Doerries. Other past Crowell Endowment events include the May 2012 symposium on “Renaissance Publics, Material Goods,” as well as talks by the LA Urban Rangers, Ursula Biemann, Stephen Sondheim and Frank Rich, Antonio Skármeta, John Walch, Pier Carlo Talenti, and Risa Brainin.

Living Democracy Talk: What We Can Do For Each Other
May 6, 2021
Listen to Podcast
Watch Video
Read More 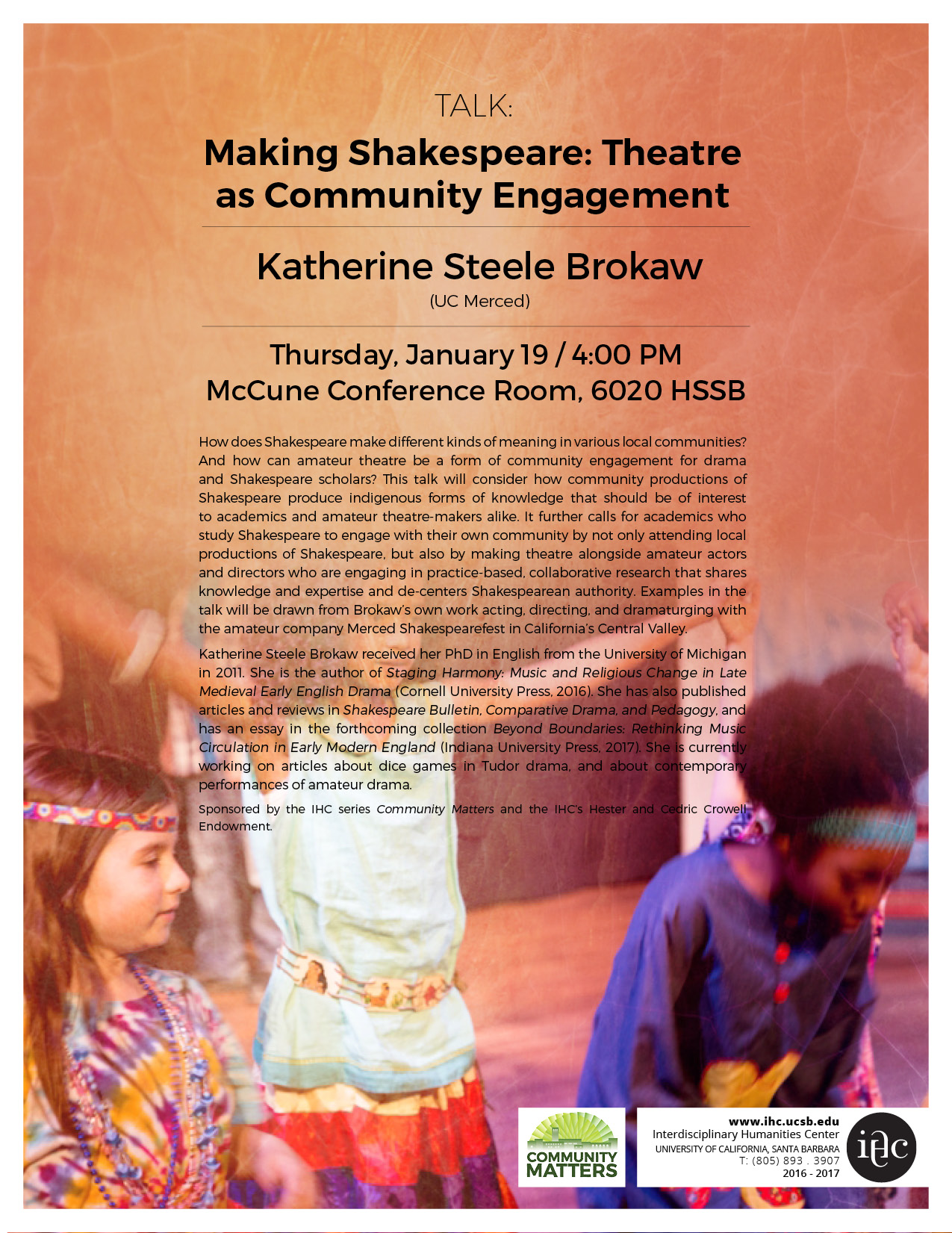 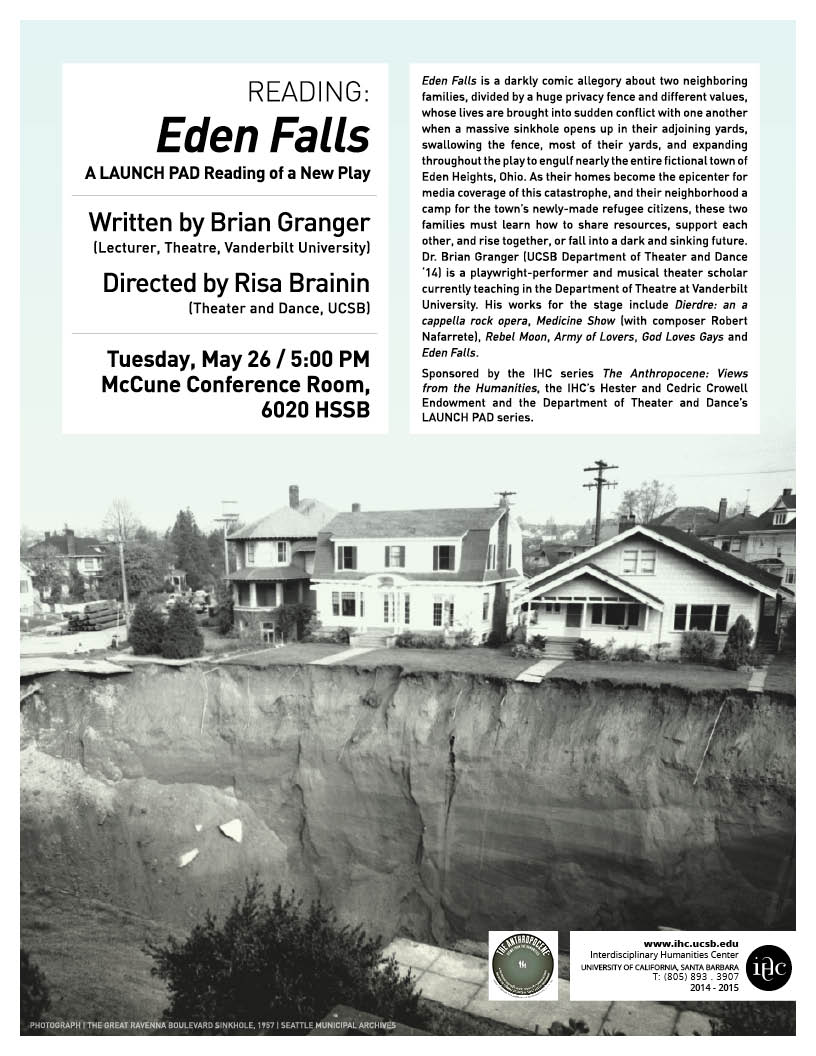 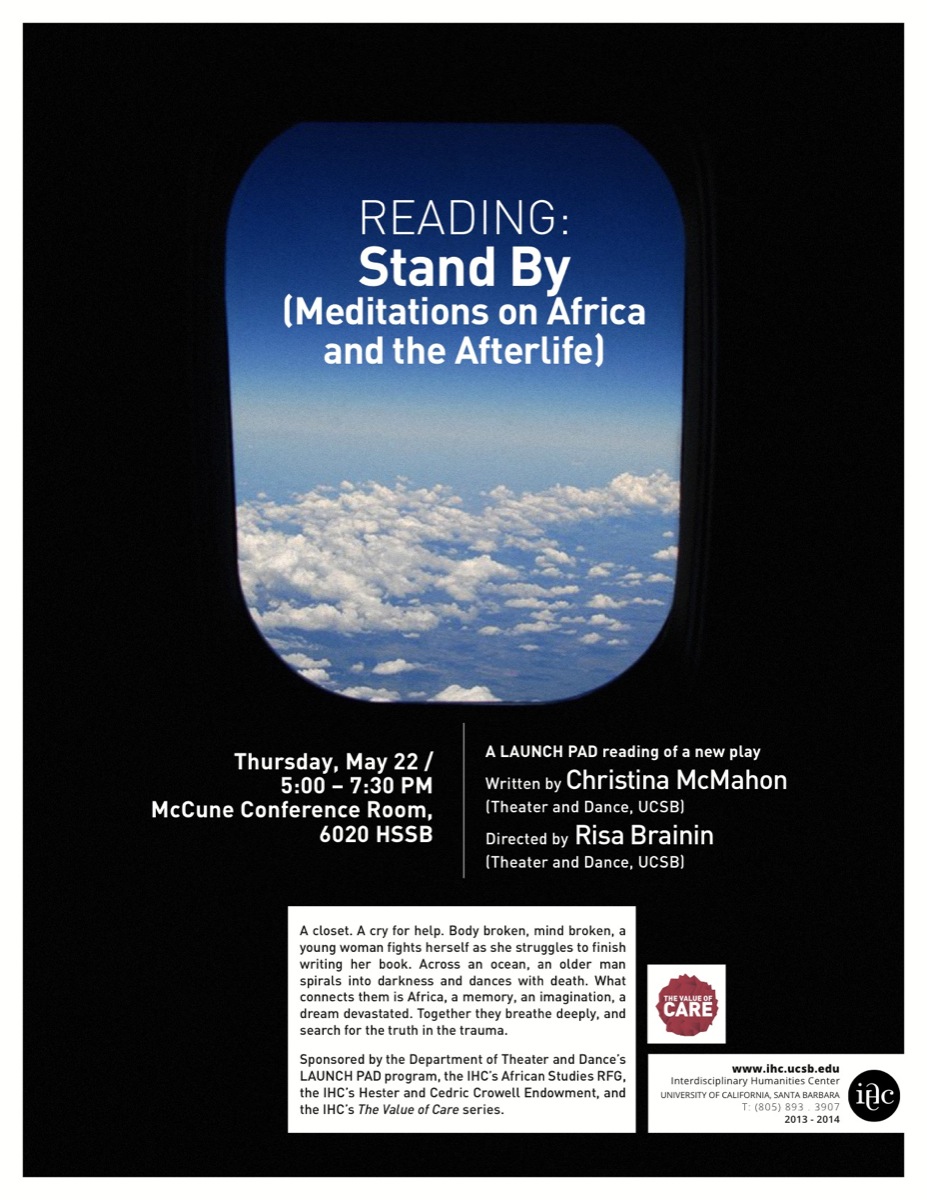 Reading
Stand By (Meditations on Africa and the Afterlife)
May 22nd, 2014
Read More 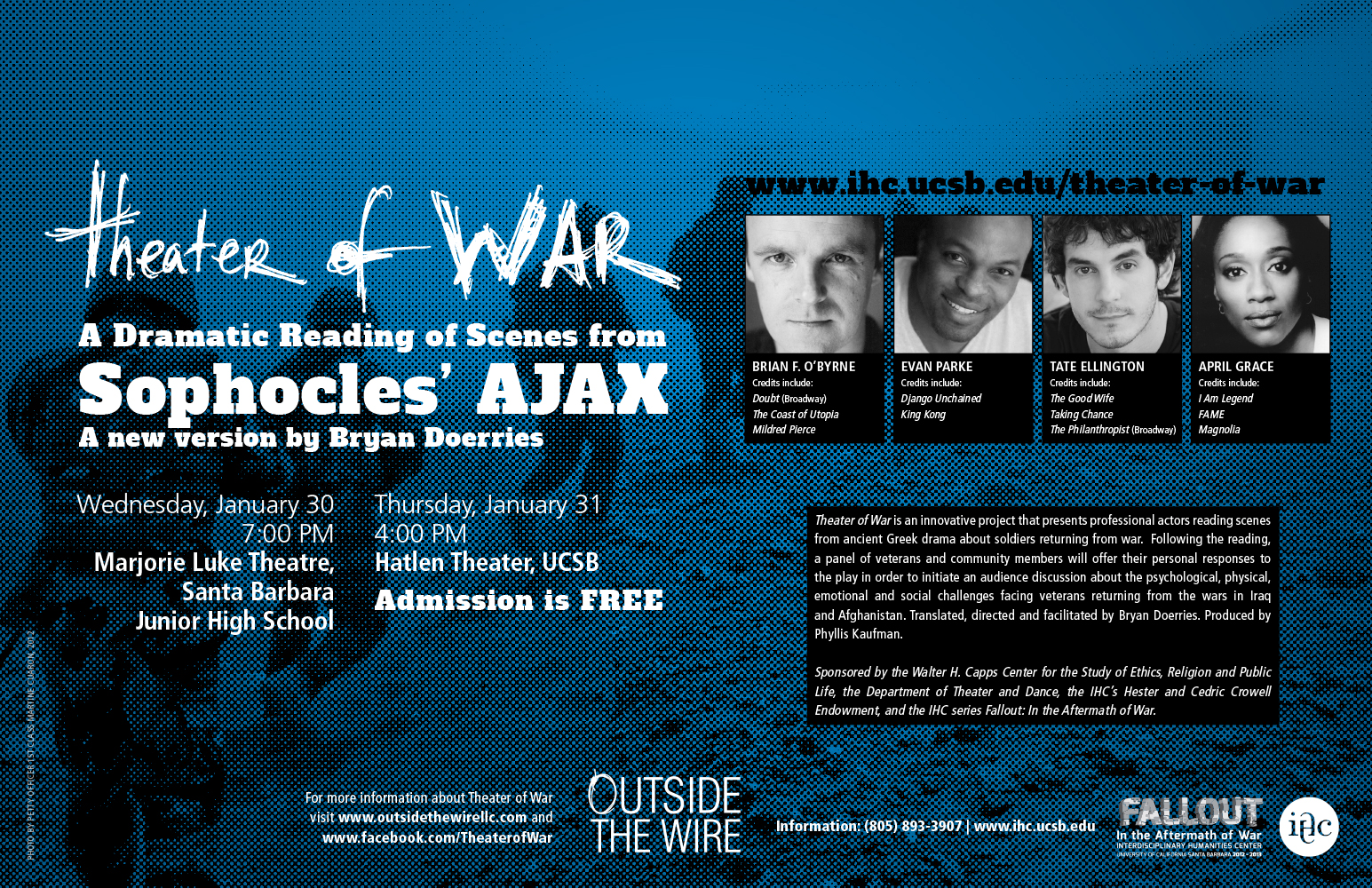 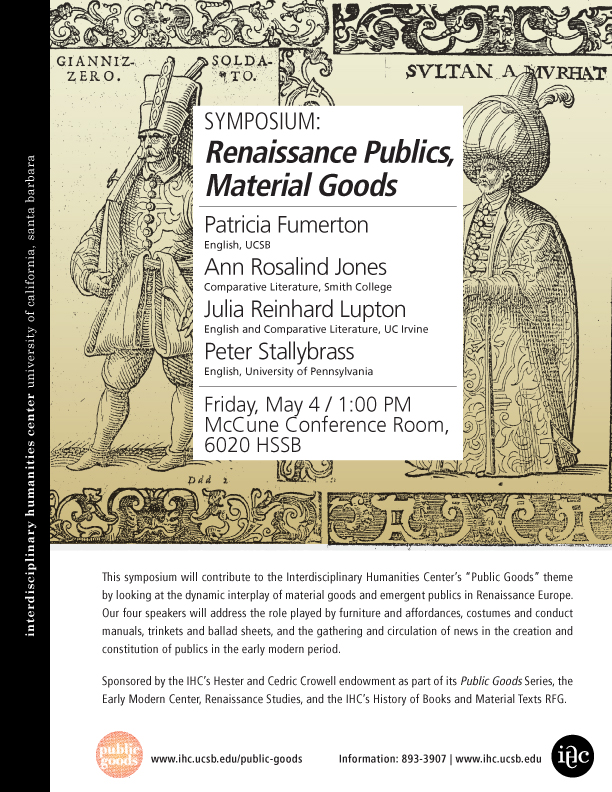 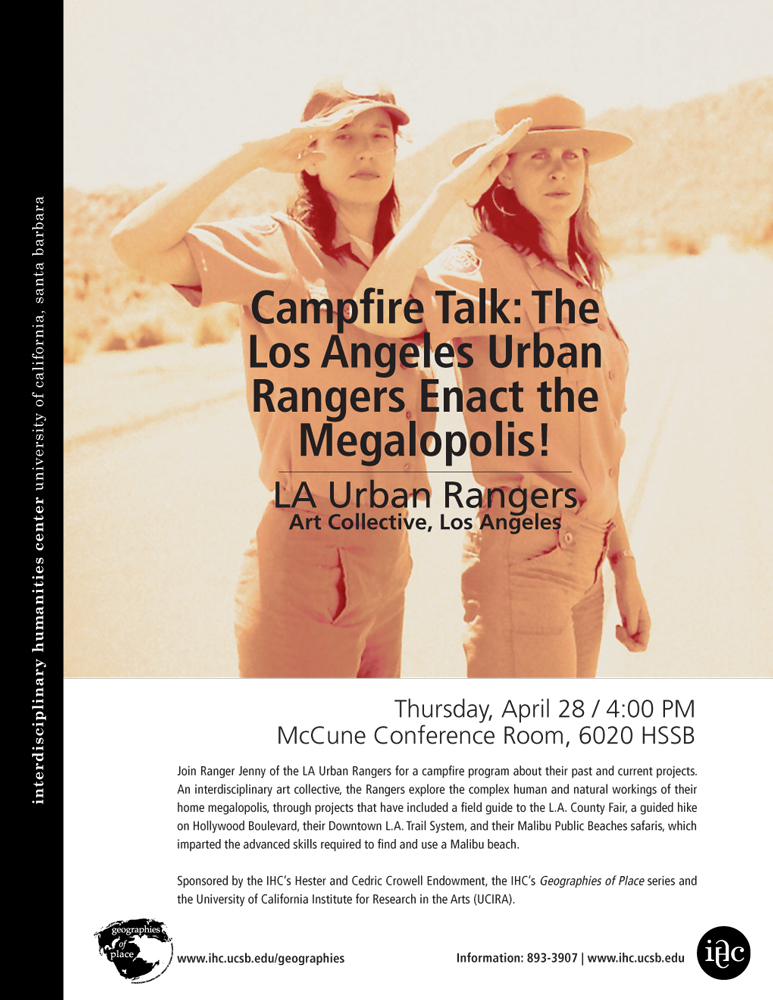 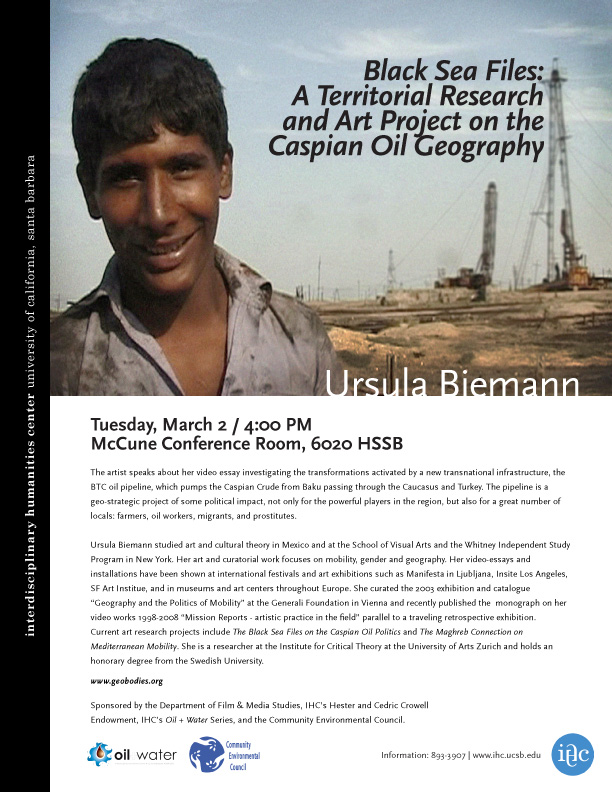 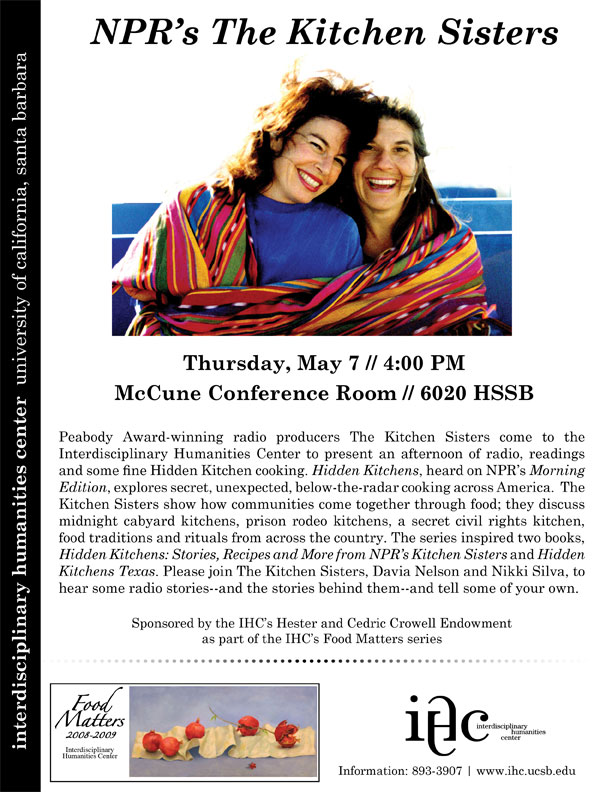 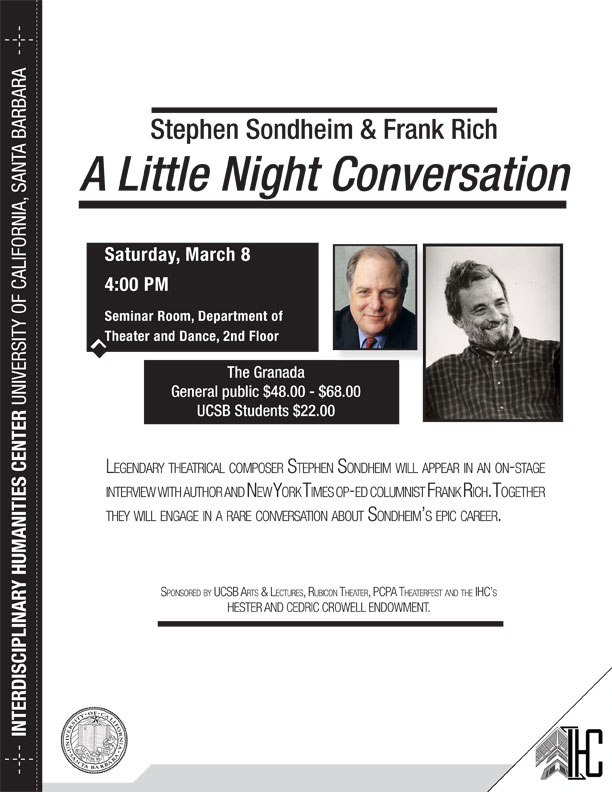 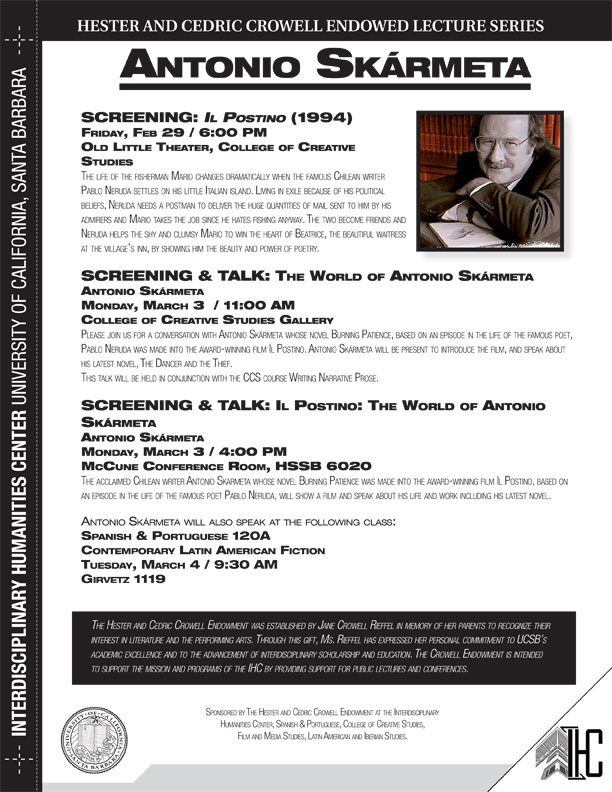 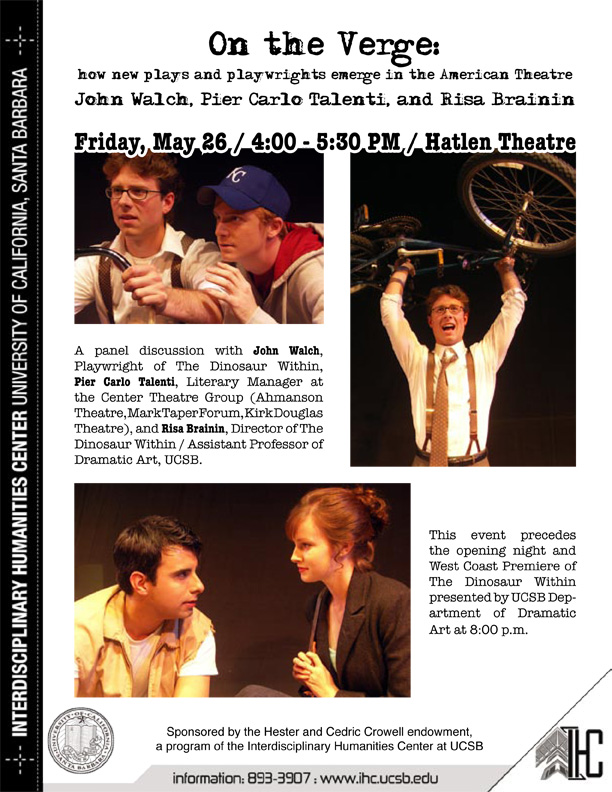 Panel
On the Verge: how new plays and playwrights emerge in the American Theatre
May 25th, 2005
Read More
Load More