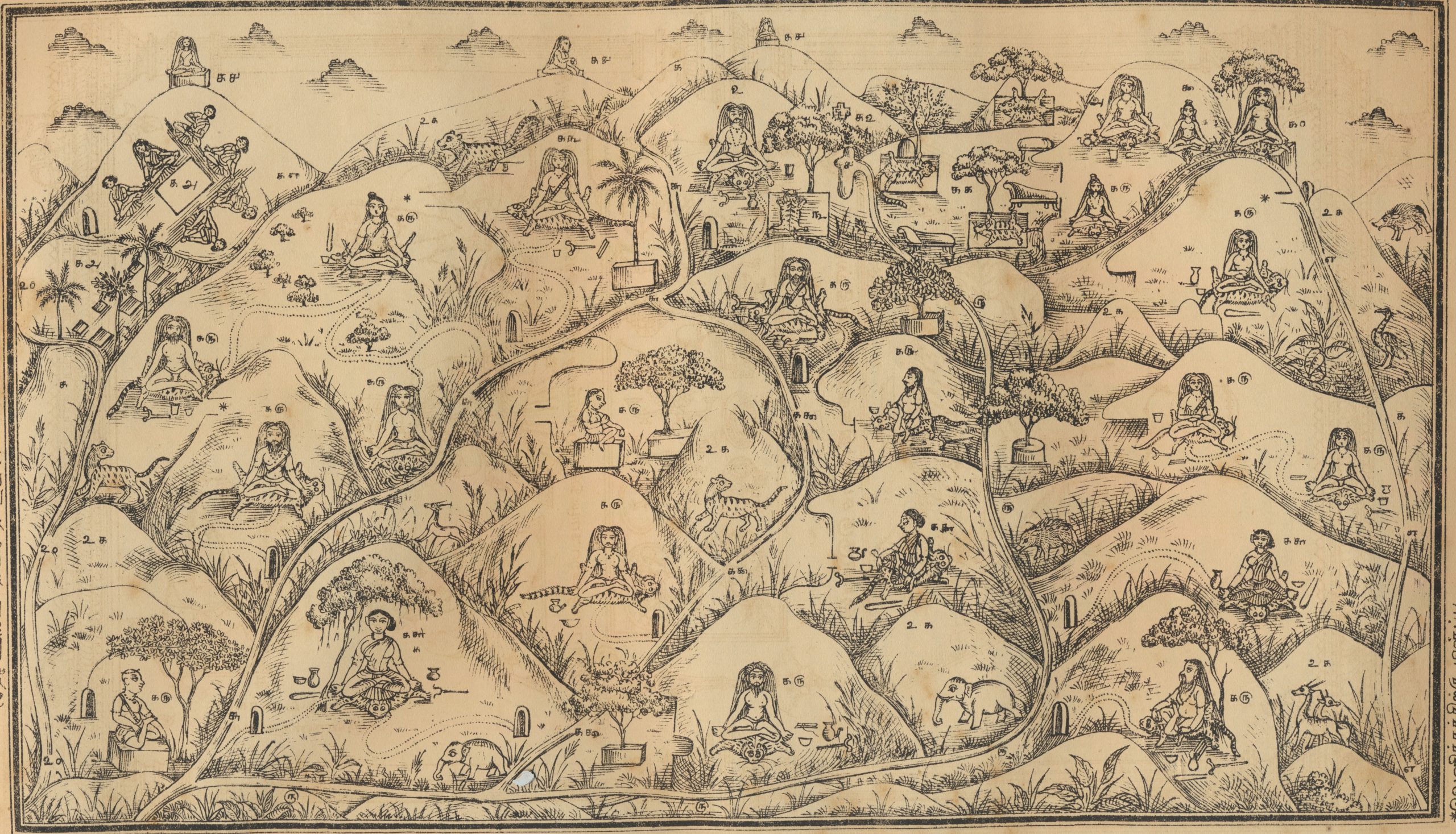 Keith Cantú’s talk will center on the life and yogic literature of the Tamil yogi Sri Sabhapati Swami (Capāpati Cuvāmikaḷ, 1828–1923/4). The first part of the talk will consist of an overview of Sabhapati’s life and historical context, including his interactions and falling out with the founders of the Theosophical Society, his literature and visual diagrams in numerous prestige and Indian vernacular languages, his Śaiva yogic cosmology and perspectives on Hindu traditions and other religions, and his network of “admirers” and students across South Asia. Cantú will then shift to a more open-ended discussion about the theoretical framework of global “translocalization,” including evidence for pan-Indian “mesolocalization,” and will argue that in Sabhapati’s case this kind of framework is useful when analyzing the ways in which religious ideas travel and change when circulating between local, mesolocal, and translocal audiences in the modern period.

Keith Edward Cantú will receive his doctoral degree in Religious Studies at the University of California, Santa Barbara, this spring (2021). A specialist in South Asian religions, he is the co-editor of City of Mirrors: Songs of Lālan Sā̃i, a volume of nineteenth-century Bengali songs translated by Carol Salomon. He is also the author of several peer-reviewed articles and book chapters, including “Islamic Esotericism in the Bengali Bāul Songs of Lālan Fakir,” a translation of the “Eighth Instruction” of a Sanskrit alchemical text called the Rasāyanakhaṇḍa about the alchemical wonders of Śrīśailam, and “Sri Sabhapati Swami: The Forgotten Yogi of Western Esotericism.”