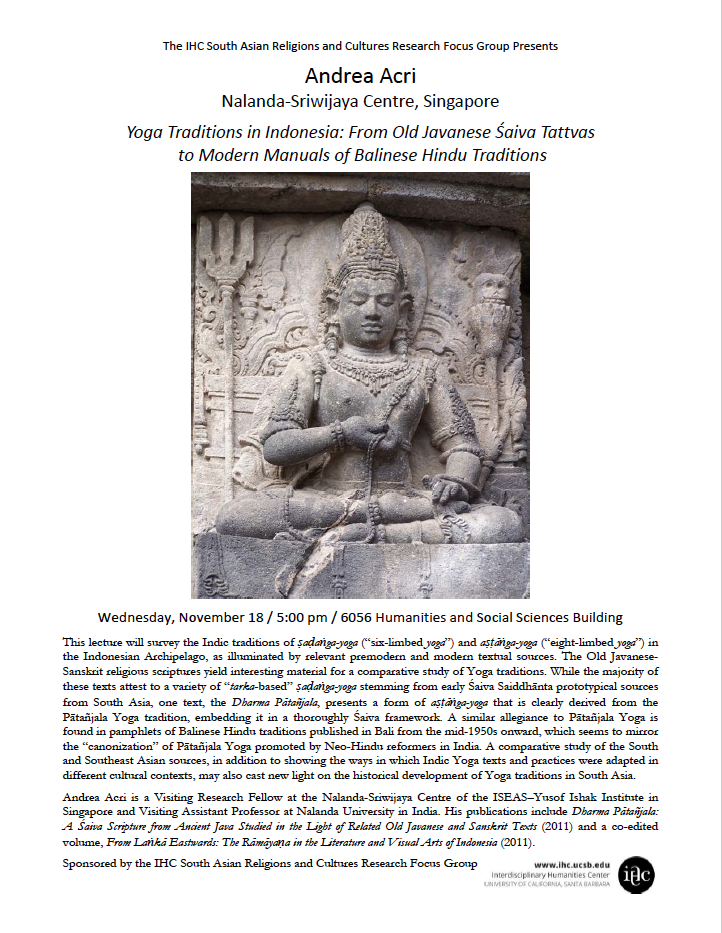 This lecture will survey the Indic traditions of ṣaḍaṅga-yoga (“six-limbed yoga”) and aṣṭāṅga-yoga (“eight-limbed yoga”) in the Indonesian Archipelago, as illuminated by relevant premodern and modern textual sources. The corpus of Old Javanese-Sanskrit religious scriptures, locally known as tutur and tattva, yields interesting material for a comparative study of Yoga traditions. While the majority of these texts attest to a variety of “tarka-based” ṣaḍaṅga-yoga stemming from early Śaiva Saiddhānta prototypical sources from South Asia, one text, the Dharma Pātañjala, presents a form of aṣṭāṅga-yoga that is clearly derived from the Pātañjala Yoga tradition, embedding it in a thoroughly Śaiva framework. A similar allegiance to Pātañjala Yoga is found in pamphlets of Balinese Hindu traditions published in Bali from the mid-1950s onward, which seems to mirror the “canonization” of Pātañjala Yoga promoted by Neo-Hindu reformers in India. A comparative study of the South and Southeast Asian sources, in addition to showing the ways in which Indic Yoga texts and practices were adapted in different cultural contexts, may also cast new light on the historical development of Yoga traditions in South Asia itself.