Year One: Rethinking the Origins of the Present

Home > Upcoming Events  > Year One: Rethinking the Origins of the Present

19 Jan Year One: Rethinking the Origins of the Present

Posted at 13:02h in Upcoming Events by Admin 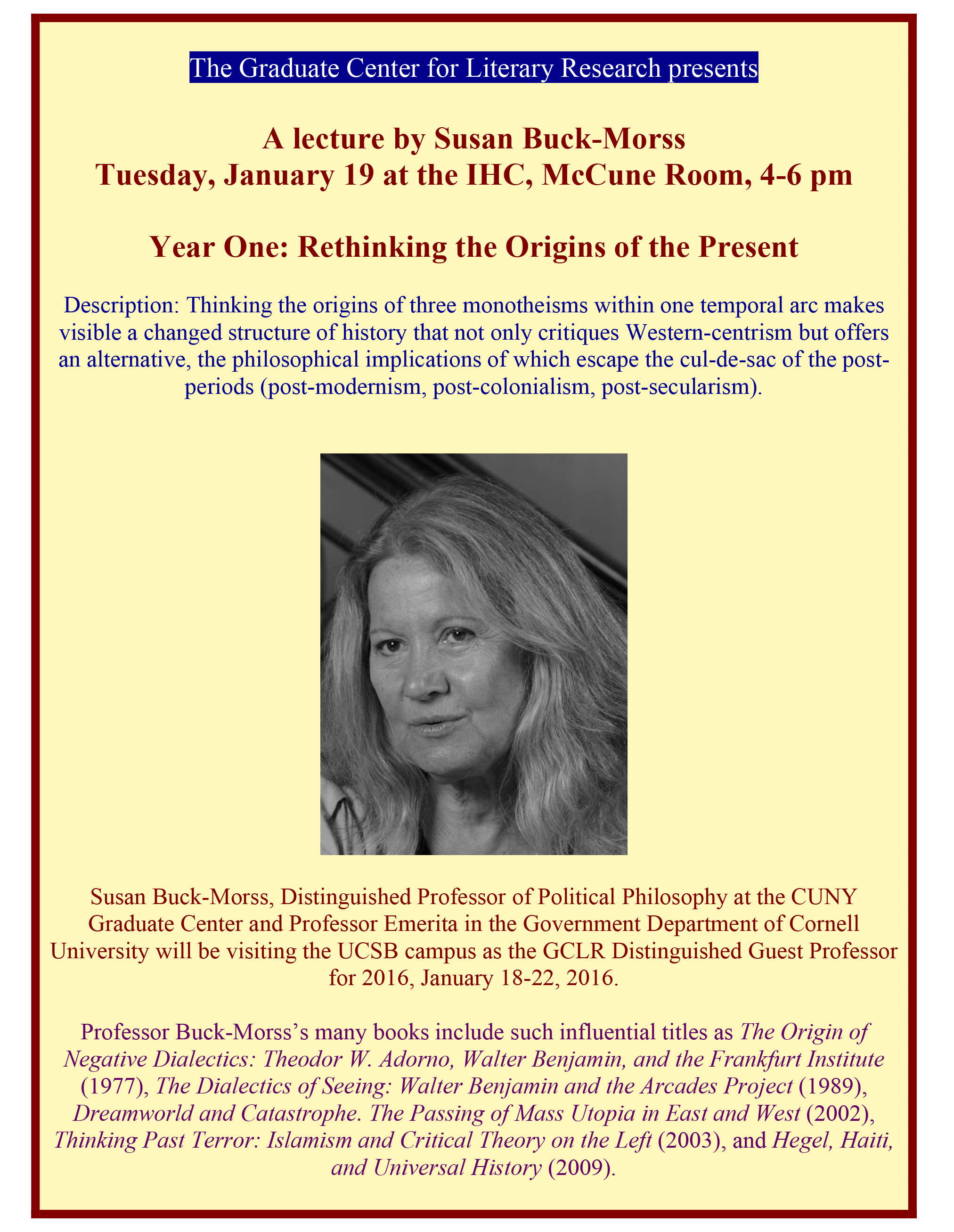 Thinking the origins of three monotheisms within one temporal arc makes visible a changed structure of history that not only critiques Western-centrism but offers an alternative, the philosophical implications of which escape the cul-de-sac of the post-periods (post-modernism, post-colonialism, post-secularism).

Susan Buck-Morss, Distinguished Professor of Political Philosophy at the CUNY Graduate Center and Professor Emerita in the Government Department of Cornell University will be visiting the UCSB campus as the GCLR Distinguished Guest Professor for 2016, January 18-22, 2016.

Professor Buck-Morss’s many books include such influential titles as The Origin of Negative Dialectics: Theodor W. Adorno, Walter Benjamin, and the Frankfurt Institute (1977), The Dialectics of Seeing: Walter Benjamin and the Arcades Project (1989), Dreamworld and Catastrophe. The Passing of Mass Utopia in East and West (2002), Thinking Past Terror: Islamism and Critical Theory on the Left (2003), and Hegel, Haiti, and Universal History (2009).

Sponsored by the UCSB Graduate Center for Literary Research.