Why Does Time Have a Future? The Physical Origins of the Arrow of Time

Home > Upcoming Events  > Why Does Time Have a Future? The Physical Origins of the Arrow of Time

21 Oct Why Does Time Have a Future? The Physical Origins of the Arrow of Time 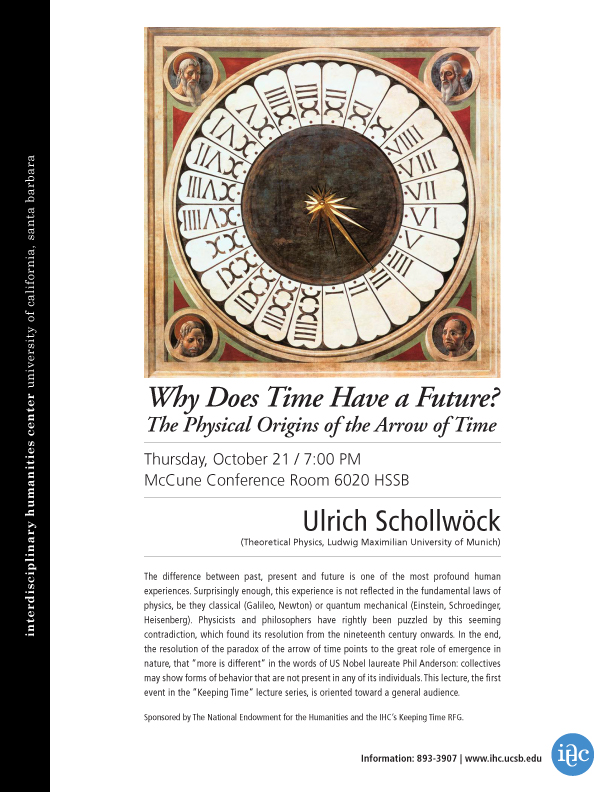 The difference between past, present and future is one of the most profound human experiences. Surprisingly enough, this experience is not reflected in the fundamental laws of physics, be they classical (Galileo, Newton) or quantum mechanical (Einstein, Schroedinger, Heisenberg). Physicists and philosophers have rightly been puzzled by this seeming contradiction, which found its resolution from the nineteenth century onwards. In the end, the resolution of the paradox of the arrow of time points to the great role of emergence in nature, that “more is different” in the words of US Nobel laureate Phil Anderson: collectives may show forms of behavior that are not present in any of its individuals. This lecture, the first event in the “Keeping Time” lecture series, is oriented toward a general audience.

Sponsored by The National Endowment for the Humanities and the IHC’s Keeping Time RFG.