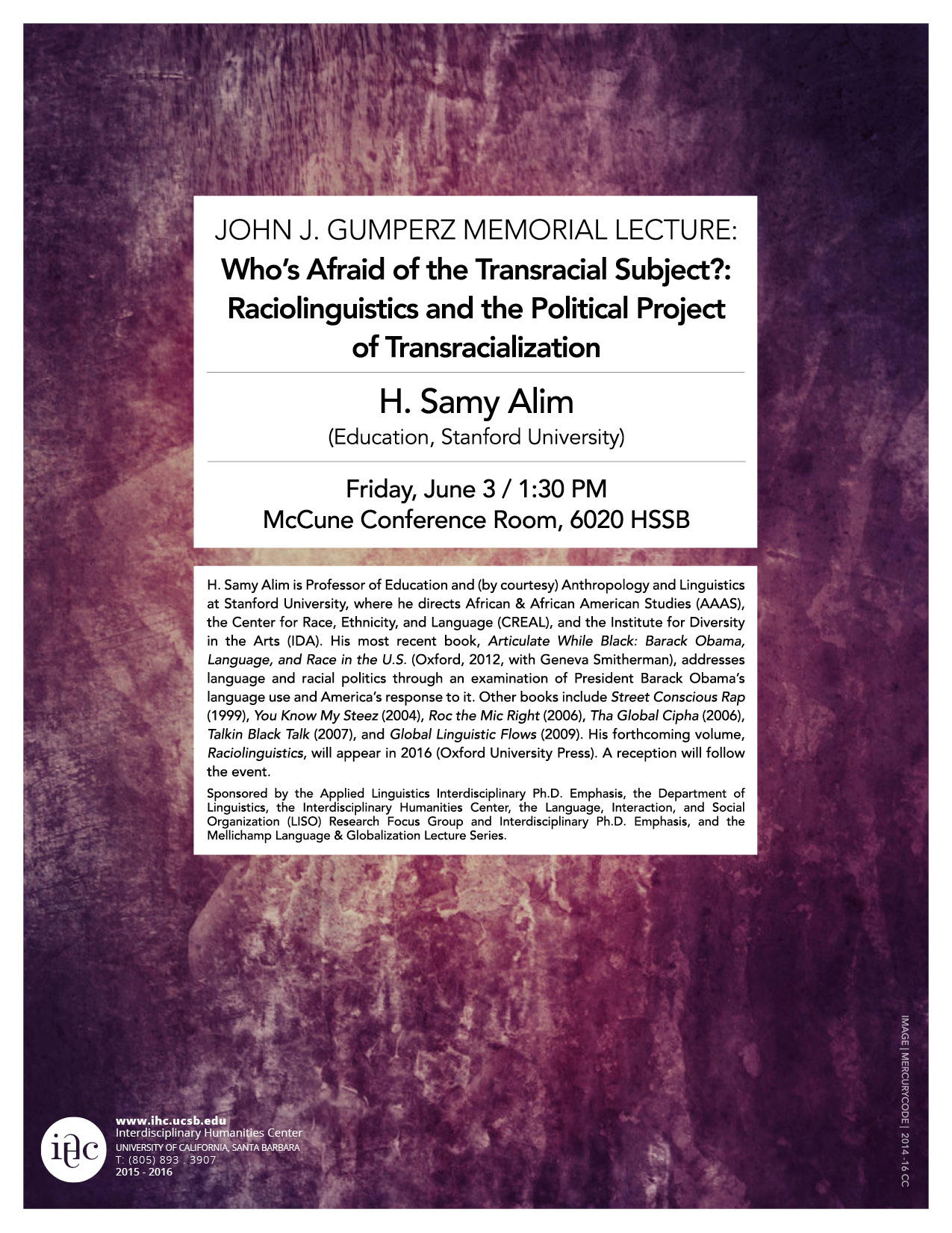 H. Samy Alim is Professor of Education and (by courtesy) Anthropology and Linguistics at Stanford University, where he directs African & African American Studies (AAAS), the Center for Race, Ethnicity, and Language (CREAL), and the Institute for Diversity in the Arts (IDA). His most recent book, Articulate While Black: Barack Obama, Language, and Race in the U.S. (Oxford, 2012, with Geneva Smitherman), addresses language and racial politics through an examination of President Barack Obama’s language use and America’s response to it. Other books include Street Conscious Rap (1999), You Know My Steez (2004), Roc the Mic Right (2006), Tha Global Cipha (2006), Talkin Black Talk (2007), and Global Linguistic Flows (2009). His forthcoming volume, Raciolinguistics, will appear in 2016 (Oxford University Press). A reception will follow the event.