Welfare as a Public Good

17 Jan Welfare as a Public Good 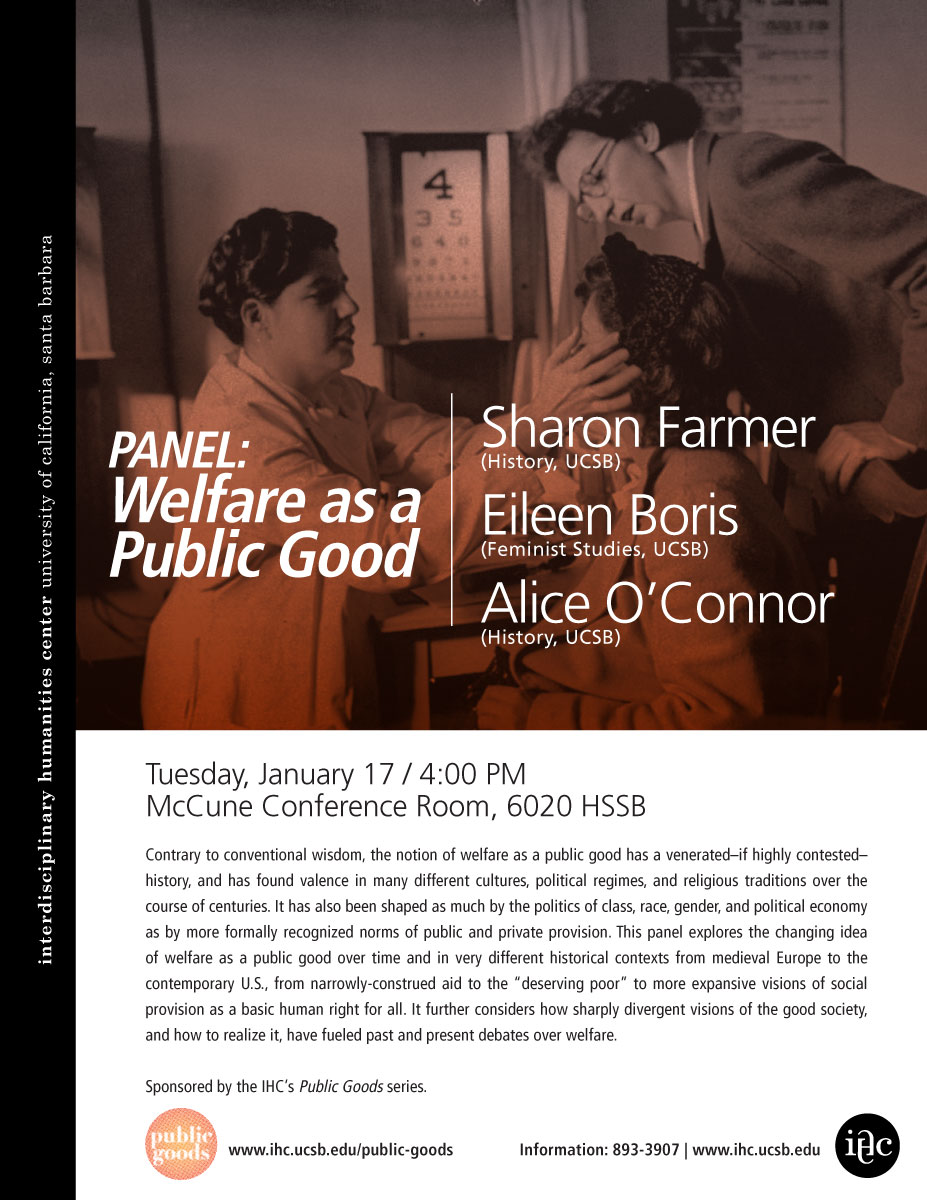 Contrary to conventional wisdom, the notion of welfare as a public good has a venerated–if highly contested–history, and has found valence in many different cultures, political regimes, and religious traditions over the course of centuries. It has also been shaped as much by the politics of class, race, gender, and political economy as by more formally recognized norms of public and private provision.  This panel explores the changing idea of welfare as a public good over time and in very different historical contexts from medieval Europe to the contemporary U.S., from narrowly-construed aid to the “deserving poor” to more expansive visions of social provision as a basic human right for all. It further considers how sharply divergent visions of the good society, and how to realize it, have fueled past and present debates over welfare.