From the Valley of the Kings to Philae: Ancient and Modern Pilgrimages

Home > Upcoming Events  > From the Valley of the Kings to Philae: Ancient and Modern Pilgrimages

28 Mar From the Valley of the Kings to Philae: Ancient and Modern Pilgrimages 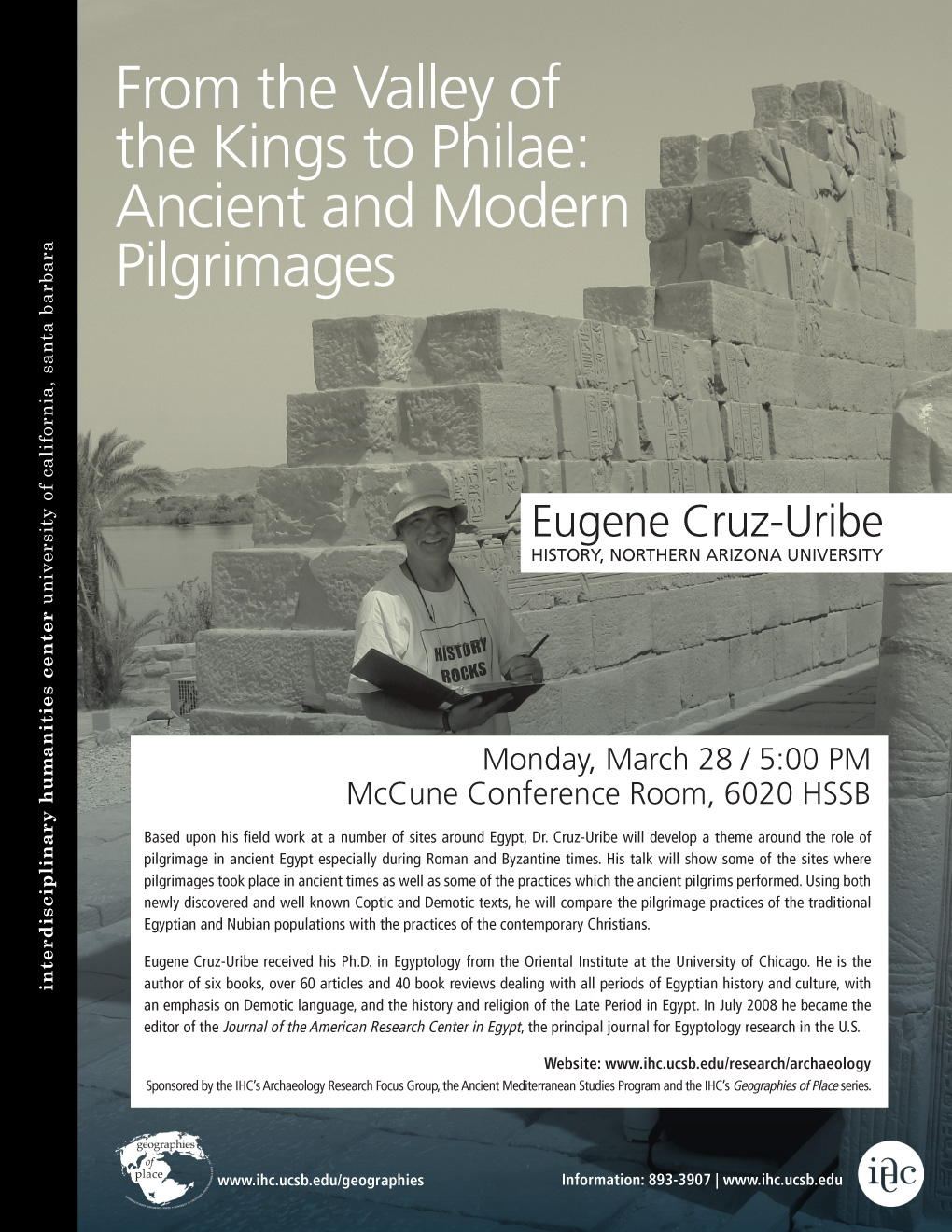 Based upon his field work at a number of sites around Egypt, Dr Cruz-Uribe will develop a theme around the role of pilgrimage in ancient Egypt especially during Roman and Byzantine times.  His talk will show some of the sites where pilgrimages took place in ancient times as well as some of the practices which the ancient pilgrims performed.  Using both newly discovered and well known Coptic and Demotic texts, he will compare the pilgrimage practices of the traditional Egyptian and Nubian populations with the practices of the contemporary Christians.
Eugene Cruz-Uribe received his PhD in Egyptology from the Oriental Institute at the University of Chicago.  He was an Assistant Professor in the Egyptology Department at Brown University before he went to Northern Arizona University where he held a number of administrative and teaching positions.  He is the author of 6 books, over 60 articles and 40 book reviews dealing with all periods of Egyptian history and culture with an emphasis on Demotic language and the history and religion of the Late Period in Egypt. He has conducted a number of field research projects in Egypt, working mainly in Kharga Oasis in the western desert, but throughout the Nile Valley including a three year project to record graffiti in the royal tombs in the Valley of the Kings and the recording of unpublished Demotic graffiti found at the temple of Isis at Philae Island (Aswan). In July 2008 he became the editor of the Journal of the American Research Center in Egypt, the principal journal for Egyptology research in the US.