Posted at 10:36h in Upcoming Events by Admin 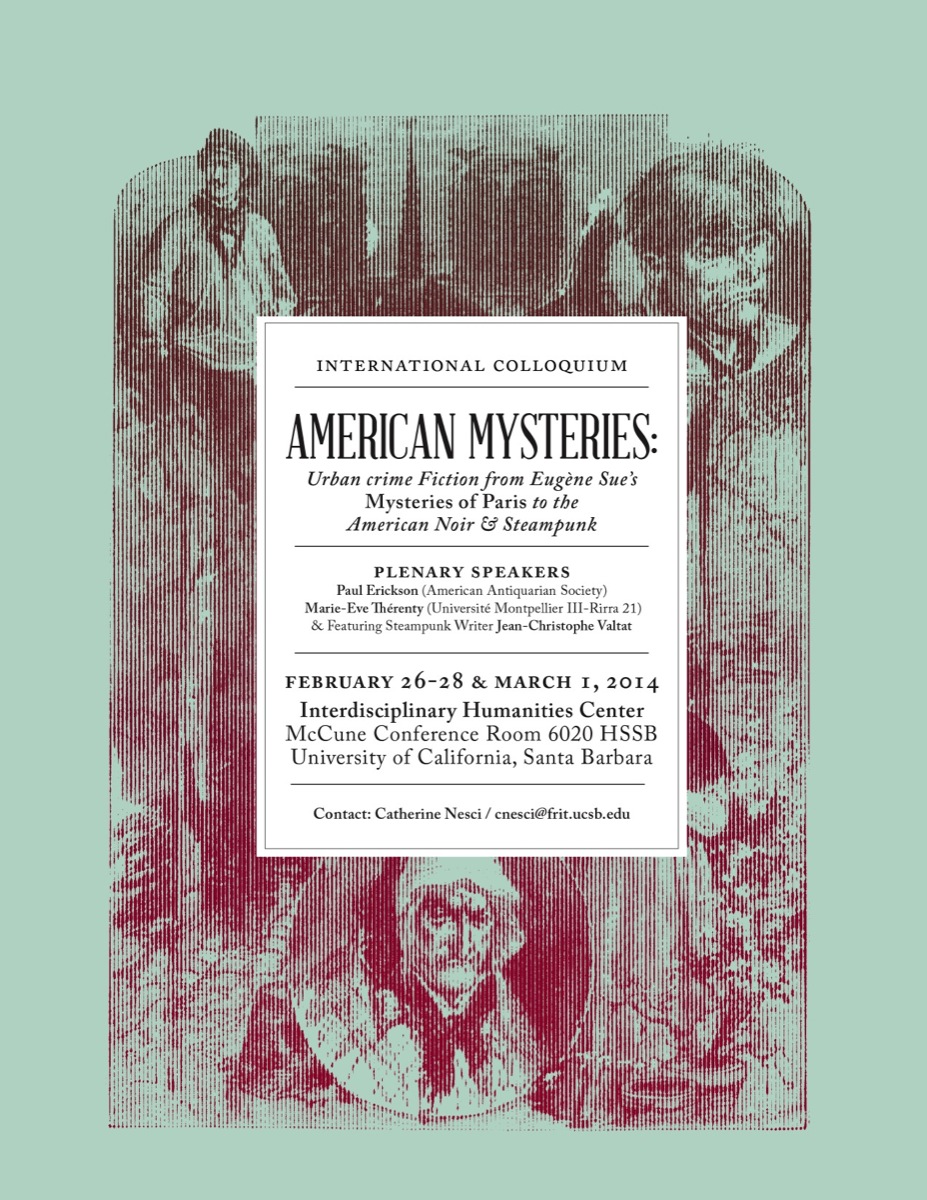 Starting with one of the first literary mass-successes, Eugène Sue’s serialized novel Les Mystères de Paris (1842-43, The Mysteries of Paris), the launch and reception of the urban mystery marked not only the most important media phenomenon that France had ever seen; it was also one of the first occurrences of cultural globalization. In the months following the French publication, the novel was translated into several languages and gained international success from southern Europe to North America, from northern Europe to Latin America. Our conference focuses on the translations, adaptations and transformations of the Parisian mystery novels in the United States, from George Lippard’s The Quaker City (1844) and Edward Zane Carroll Judson (Ned Buntline)’s The Mysteries and Miseries of New York (1847-48), to the influence this neglected popular genre had on the modern detective novel and the making of the Hollywood film noir.

Organized by the Department of French and Italian, the Comparative Literature Program, & the Graduate Center for Literary Research at the University of California, Santa Barbara, In collaboration with Université Montpellier (France).