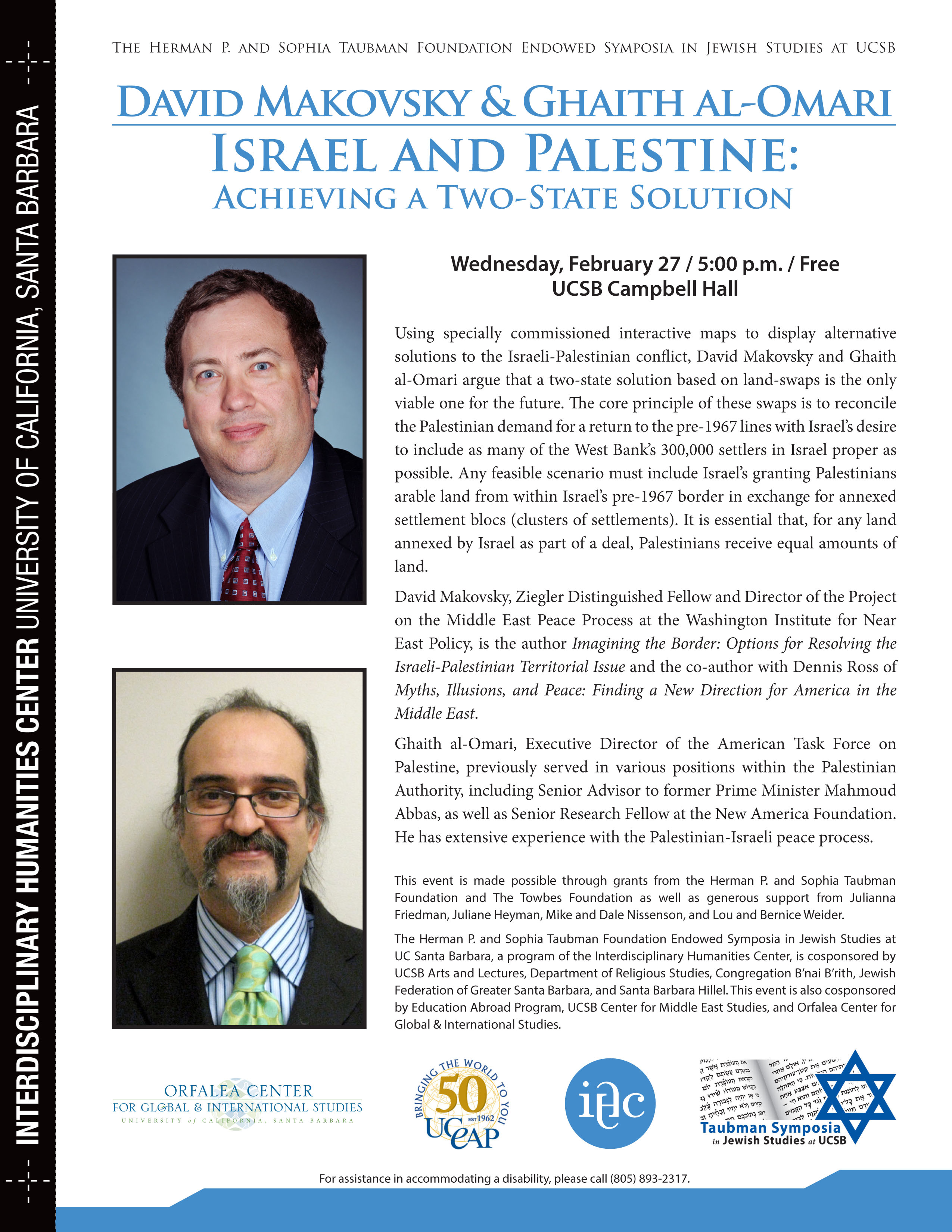 David Makovsky, Ziegler Distinguished Fellow and Director of the Project on the Middle East Peace Process at the Washington Institute for Near East Policy, is the author of Imagining the Border: Options for Resolving the Israeli-Palestinian Territorial Issue and the co-author with Dennis Ross of Myths, Illusions, and Peace: Finding a New Direction for America in the Middle East. Ghaith al-Omari, Executive Director of the American Task Force on Palestine, previously served in various positions within the Palestinian Authority, including Senior Advisor to former Prime Minister Mahmoud Abbas, as well as Senior Research Fellow at the New America Foundation. He has extensive experience with the Palestinian-Israeli peace process.