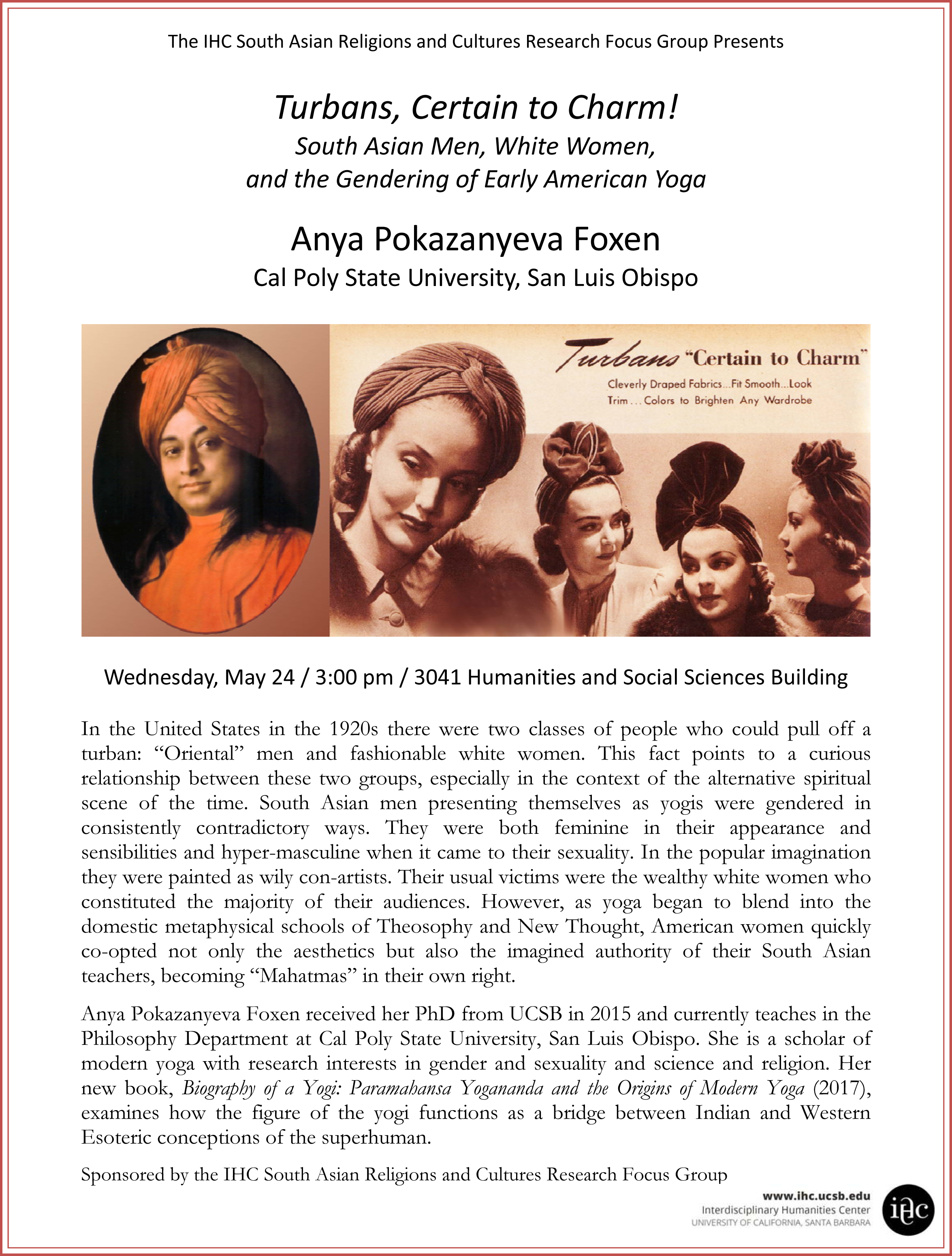 In the United States in the 1920s there were two classes of people who could pull off a turban: “Oriental” men and fashionable white women. This fact points to a curious relationship between these two groups, especially in the context of the alternative spiritual scene of the time. South Asian men presenting themselves as yogis were gendered in consistently contradictory ways. They were both feminine in their appearance and sensibilities and hyper-masculine when it came to their sexuality. In the popular imagination they were painted as wily con-artists. Their usual victims were the wealthy white women who constituted the majority of their audiences. However, as yoga began to blend into the domestic metaphysical schools of Theosophy and New Thought, American women quickly co-opted not only the aesthetics but also the imagined authority of their South Asian teachers, becoming “Mahatmas” in their own right.

Anya Pokazanyeva Foxen received her PhD from UCSB in 2015 and currently teaches in the Philosophy Department at Cal Poly State University, San Luis Obispo. She is a scholar of modern yoga with research interests in gender and sexuality and science and religion. Her new book, Biography of a Yogi: Paramahansa Yogananda and the Origins of Modern Yoga (2017), examines how the figure of the yogi functions as a bridge between Indian and Western Esoteric conceptions of the superhuman.