The Shock of the Familiar: Eucalyptus

Home > Fellows Blog  > The Shock of the Familiar: Eucalyptus 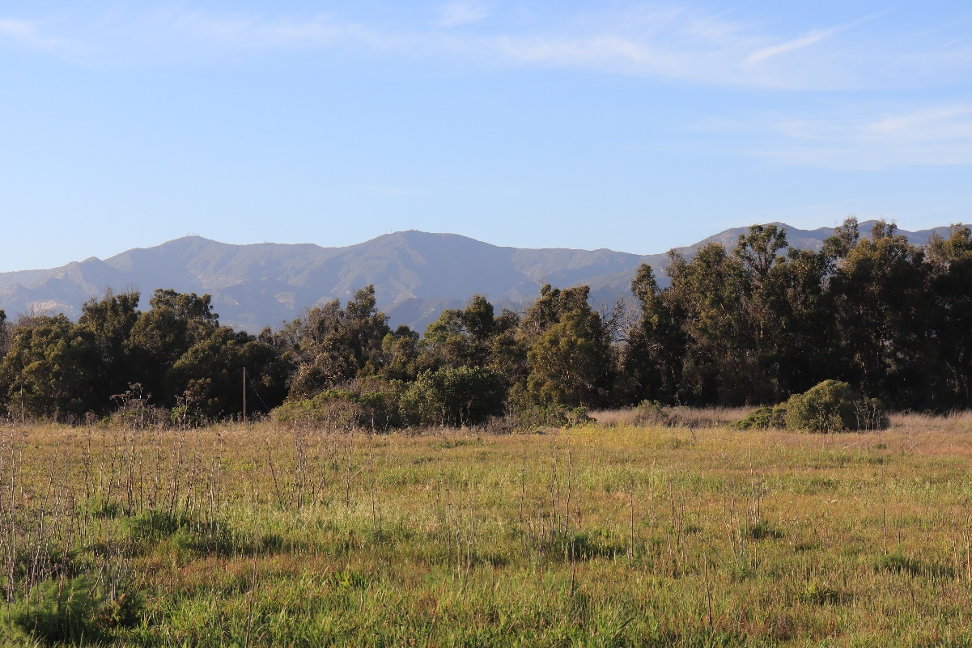 08 Sep The Shock of the Familiar: Eucalyptus

Posted at 09:44h in Fellows Blog by Admin

The grove of blue gums planted by Ellwood Cooper, viewed from Ellwood Mesa.

Eucalypts are maligned around the world as invasive species: in California, polarized attitudes toward them reflect both ecological concerns and regional histories. But despite being intrusive strangers to the wider world, eucalypts desperately need protection in their native habitats, and are more diverse than people often assume.

Strolling with a friend along the sidewalk that runs between the ocean and graduate housing, I stop to look up at a tree. My friend, who grew up in California, asks me why. I say I’m wondering what kind of tree it is; he responds that he’s pretty sure it’s a eucalyptus.

“Is there more than one?”

“No…I’m pretty sure there’s just one,” he claps back.

The shock of familiar plants in unfamiliar places is a common experience for Australians traveling or living in other temperate climates overseas. There’s a disorientation that’s different from arriving in an altogether different place, a mental oscillation between the homely and the strange. Since moving to southern California, I’ve had moments when I thought I was back in Australia: the warmth, the sunlight, the glittering leaves of a eucalypt… beside a U.S. flag. It’s a wrench in the wheel of acclimatization. You can’t quite place yourself, because these familiar trees keep interrupting. Leaving coastal southern California one Christmas on a northbound train, I woke early to firs and conifers covered in snow, thinning out as we descended the mountain slope until they dotted a landscape of fields and Dutch style barns. I wondered how the cultural adjustment would have been different if I’d moved to this America, so much more like the mental image of U.S. landscapes that I’d had from a distance.

There was a reason I imagined the landscape this way. My dad grew up in the agrarian landscapes of the Midwest: there’s a photograph of him as a kid with his arm around the neck of his cherished pet sheep, looking gravely out at the camera. My mum grew up in Fremantle on Australia’s sunny west coast, and hybridity feels like a native element of my being: I didn’t know that we had a different definition of pancake in my family than our Australian friends, or that Dad’s occasional impulse to bake an apple pie with a layer of cheese in the crust came from elsewhere. As a young adult who’d never lived in the United States, I was pulled up short by people occasionally asking me if I was American. “Do I have an accent?” I asked my friends, who loyally said no.

I’m writing this article at a local café beneath a photograph of the beach at Margaret River, a town in the forested southwestern region of my home state of Western Australia and popular tourist destination for people from Perth. The photograph is part of an exhibition of surfing photos from Australia, California, and France temporarily adorning the walls of the café. Across the table from me sits an Australian friend visiting California from the East Coast, who, like me, was drawn to the U.S. to pursue a Ph.D.—coincidentally enough, at a university famous for its theorization of “world systems.” Such networks of ocean-spanning desire and educational opportunity are contemporary examples of historical connections between Australia and the United States. My parents met at college in New Zealand, but the trans-Pacific connections that their meeting represents have a much longer history, with exchanges between Australia and California that consolidated during the Gold Rush forming a pattern for continuing trajectories of interaction and exchange.

These exchanges include the arrival of the eucalypt in California. Botanical immigrations tied to imperial journeying date back to the 17th century, and amongst the suite of leafy travelers, the blue gum, or eucalyptus globulus, is a dubious star. Its characteristic peaked canopy, blue-green sickle-shaped leaves, and habit of shedding bark in long strips from on high make it a highly recognizable presence in landscapes from India to Israel. And it’s a problem. It grows well in warm temperate climates, but lacks the ecosystem diversity brought by the presence of Australian animals—such as the much-loved koala—that are adapted to the ecological niche of the toxin-heavy leaf material: eucalyptus leaves are famously allelopathic, emitting a chemical that acts as an inhibitor to other plants. In Australian environments, where understory plants are periodically reinvigorated by fire, and where blue gum may be one of several canopy species, that’s not such an issue. In California, it leads to weird monocultures that, once established, are almost impossible to eliminate. The blue gum’s oil-rich leaves and its tendency to drop long sheets of bark have also earned them a reputation, fair or otherwise, as a fire hazard.

The bad reputation is relatively recent. At the end of the Gold Rush, San Francisco had ballooned from a town to a large city, creating a massive demand for housing. Eucalypts first arrived in the form of building materials from the east coast of Australia: California as yet had no sizeable milling operation, and no overland rail yet existed to transport timber from the Northwest Coast. Later, they arrived in seed packets, and, in the wake of native hardwood depletion, the blue gum’s success in the Californian climate made it an obvious candidate for plantation timber. As Jared Farmer relates in his Trees in Paradise: The Botanical Conquest of California, it seemed for a moment as if blue gums might be the new gold, producing timber in as little as 15 years and making planters wealthy. In the end, this didn’t turn out to be a great idea: such young timber warped and wasn’t good for much at all. But for a while, what Farmer refers to as a “euc boom” took hold, and eucalypts spread throughout California. This juncture of entrepreneurialism and botanical enthusiasm makes for astonishing reading: I found it hard to imagine any Australian ever being so feverishly excited about our own trees.

But eucalypts are native species too, something that gets lost in discussions of ecological colonization. Such discussions, understandably, focus on their impacts as strangers in a landscape, and the adaptations, or maladaptations, of other species to their presence. But in Australia, activists have fought for decades to protect eucalypts as components of diverse ecosystems across the continent, where they are increasingly threatened by logging and climate change. Much of Australia’s precious native forest goes not to fine furniture but to wood chips and paper pulp; climate change threatens their habitats through changing growing conditions and fires that burn too hotly and frequently for natural cycles of regeneration. If the global doting on cute Australian animals is worth anything, it would be to help protect Australian forests: some eucalypt species need fifty years to provide a hollow big enough for native birds to nest in, such as the wonderful but endangered Carnaby’s cockatoo. The catastrophic megafires of 2019-20 burned through millions of acres of forest, with eucalypt forests and woodlands badly hit: around 3 billion animals were killed or displaced, and of those animals, 61,000 koalas alone perished. The global fascination with the populous kangaroo masks the terrible fact that Australia has the highest mammal extinction rate in the world, and most people don’t even know the names of the animals we’re losing.

It turned out that I was pursuing my doctorate in the very neighborhood of California’s greatest eucalypt proponent, Ellwood Cooper. In fact, I had passed through the grove he planted near the eponymous Ellwood Bluffs many times. The reserve is now an important preserve for monarch butterflies, and I had seen firsthand the adaptation of local birdlife to blue gums in the Great Horned Owls that nested there, hooting mellowly among the treetops in the falling dark. Despite their ambiguity, eucalypts in California remain, for me, like displaced friends, evoking an alienated at-home-ness so much like my own experience. But these strangers have homes, too: in Australia, the blue gum stands elegantly with the stringybark, peppermint, and white gum, with wattle, banksia, and sheoak in its understory—to name just a few. Such communities of species are in urgent need of our attention and protection.

Megan Sheard is an IHC Public Humanities Graduate Fellow and a Ph.D. student in the History of Art and Architecture Department. Her research focuses on the materiality of early Tasmanian architecture, in the context of colonial transformation of Aboriginal landscapes and larger webs of regional and imperial trade.