The Rise of Hate Speech and Japan’s Counter-Racism Movement 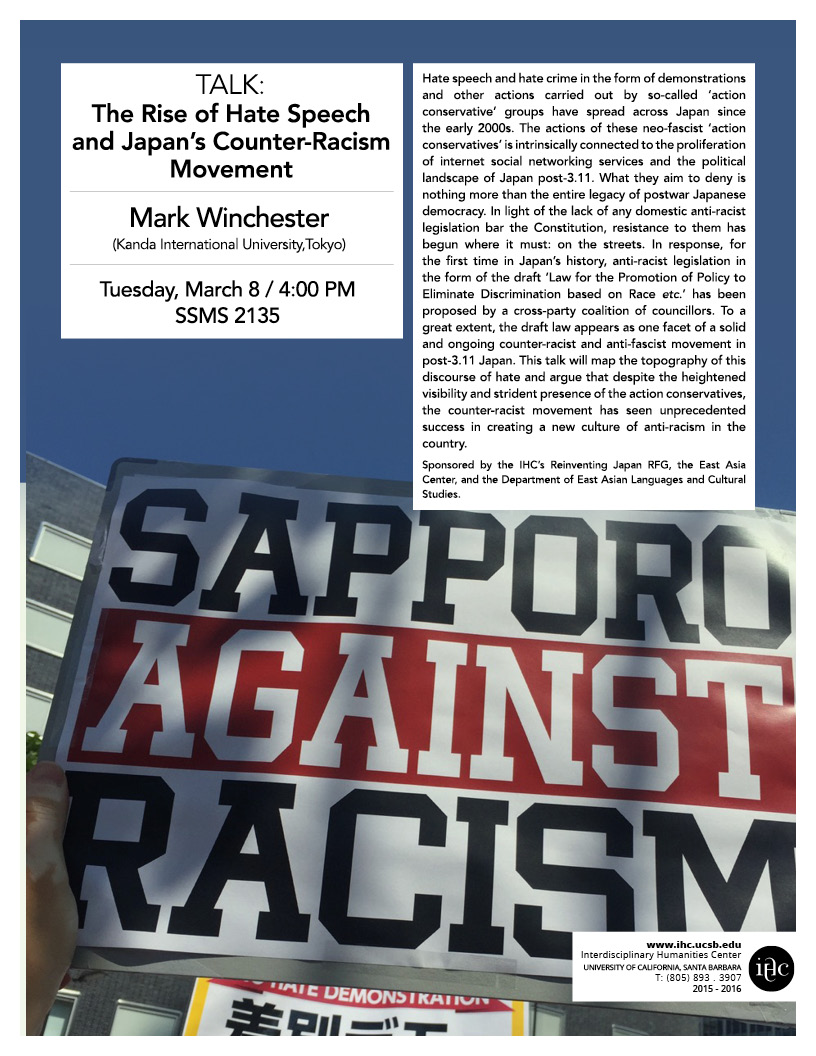 Hate speech and hate crime in the form of demonstrations and other actions carried out by so-called ‘action conservative’ groups have spread across Japan since the early 2000s. The actions of these neo-fascist ‘action conservatives’ is intrinsically connected to the proliferation of internet social networking services and the political landscape of Japan post-3.11. What they aim to deny is nothing more than the entire legacy of postwar Japanese democracy. In light of the lack of any domestic anti-racist legislation bar the Constitution, resistance to them has begun where it must: on the streets. In response, for the first time in Japan’s history, anti-racist legislation in the form of the draft ‘Law for the Promotion of Policy to Eliminate Discrimination based on Race etc.’ has been proposed by a cross-party coalition of councillors. To a great extent, the draft law appears as one facet of a solid and ongoing counter-racist and anti-fascist movement in post-3.11 Japan. This talk will map the topography of this discourse of hate and argue that despite the heightened visibility and strident presence of the action conservatives, the counter-racist movement has seen unprecedented success in creating a new culture of anti-racism in the country.

Sponsored by the IHC’s Reinventing Japan RFG, the East Asia Center, and the Department of East Asian Languages and Cultural Studies.