The Plague!: Making Sense of Epidemics, Contagions and Pestilence

16 May The Plague!: Making Sense of Epidemics, Contagions and Pestilence

Posted at 14:57h in Upcoming Events by Admin 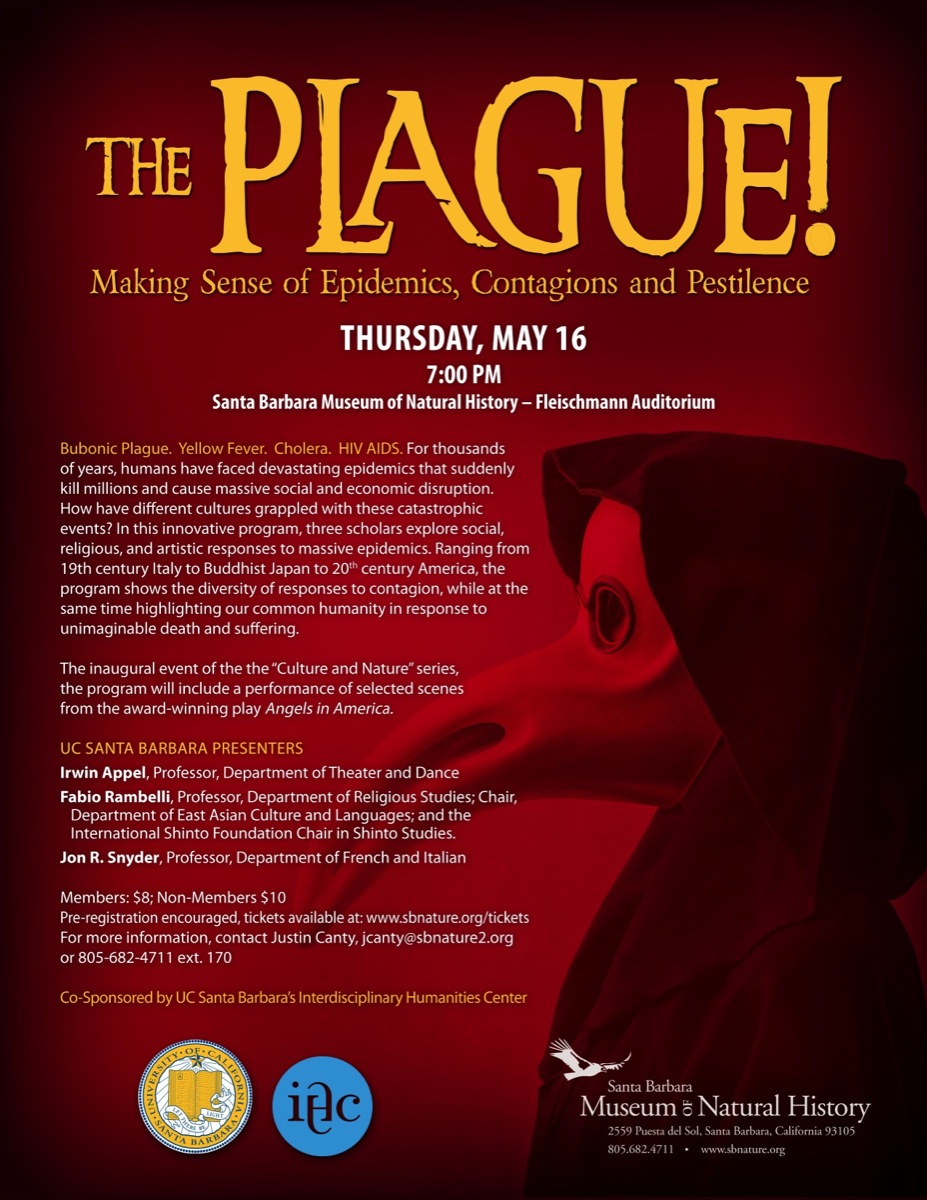 Bubonic Plague. Yellow Fever. Cholera. HIV AIDS. For thousands of years, humans have faced devastating epidemics that suddenly kill millions and cause massive social and economical disruption. How have different cultures grappled with these catastrophic events? In this innovative program, three scholars explore social, religious, and artistic responses to massive epidemics. Ranging from 19th century Italy to Buddhist Japan to 20th century America, the program shows the diversity of responses to contagion, while at the same time highlighting our common humanity in response to unimaginable death and suffering.

The inaugural event of the “Culture and Nature” series, the program will include a performance of selected scenes from the award winning play “Angels in America.”

Please click here to donate to the Interdisciplinary Humanities Center.