The Nazis Next Door: How America Became a Safe Haven for Hitler’s Men

Home > Upcoming Events  > The Nazis Next Door: How America Became a Safe Haven for Hitler’s Men

26 Jan The Nazis Next Door: How America Became a Safe Haven for Hitler’s Men 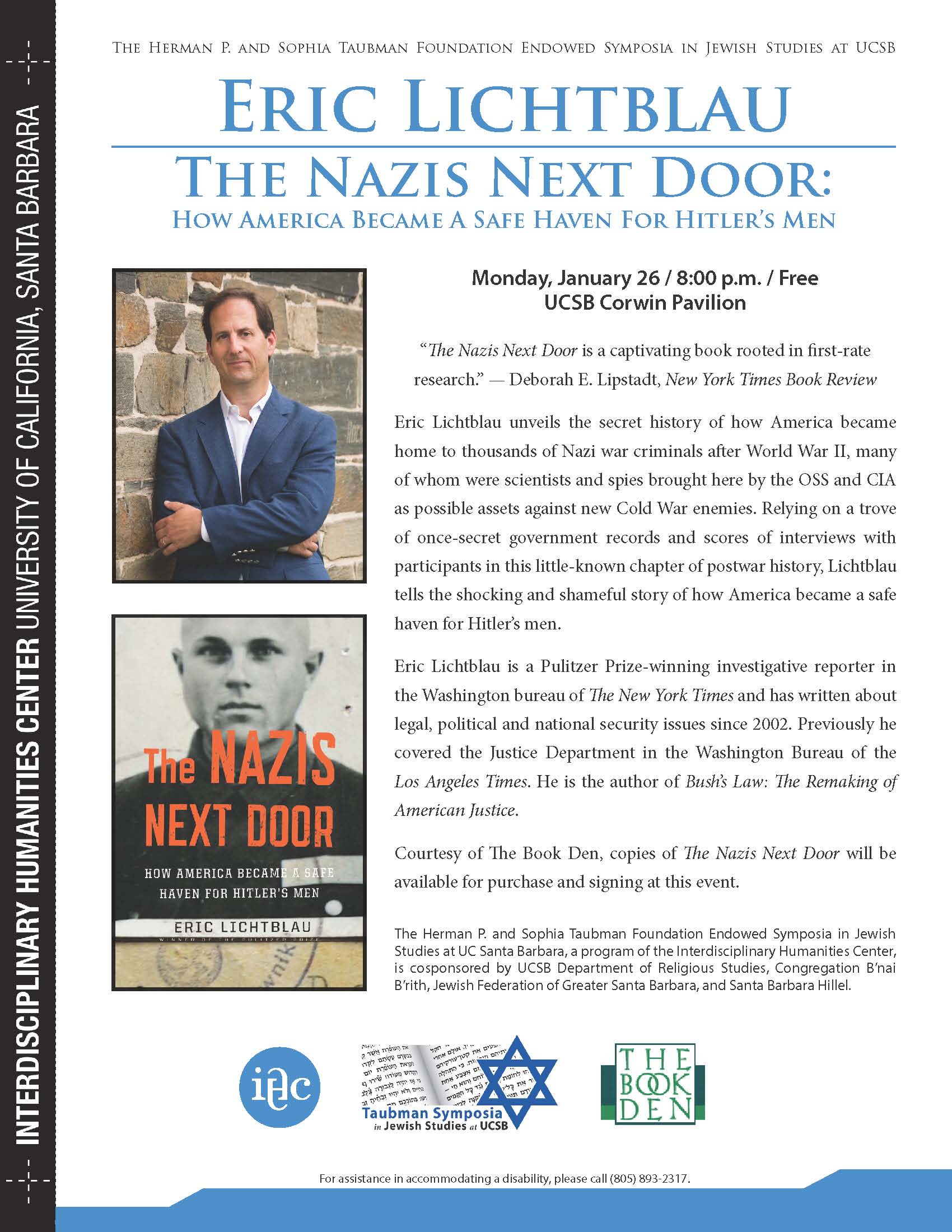 Eric Lichtblau unveils the secret history of how America became home to thousands of Nazi war criminals after World War II, many of whom were scientists and spies brought here by the OSS and CIA as possible assets against new Cold War enemies. Ironically, the Nazis began their flight to America in the months immediately after the war ended, even as thousands of Holocaust survivors were still being held in “displaced person” camps.  Relying on a trove of once-secret government records and scores of interviews with participants in this little-known chapter of postwar history, Lichtblau tells the shocking and shameful story of how America became a safe haven for Hitler’s men.

Eric Lichtblau is a Pulitzer Prize-winning investigative reporter in the Washington bureau of The New York Times and has written about legal, political and national security issues since 2002.  Previously he covered the Justice Department in the Washington Bureau of the Los Angeles Times.  He is the author of Bush’s Law: The Remaking of American Justice.  Courtesy of The Book Den, copies of The Nazis Next Door will be available for purchase and signing at this event.