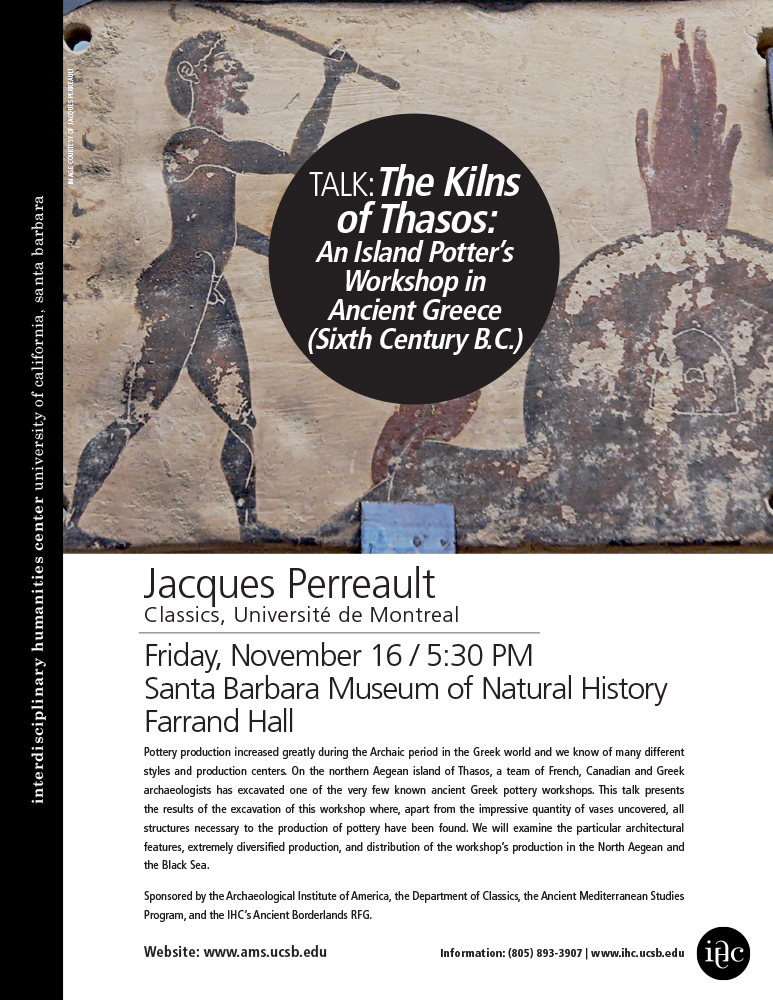 Pottery production increased greatly during the Archaic period in the Greek world and we know of many different styles and production centers.  On the northern Aegean island of Thasos, a team of French, Canadian, and Greek archaeologists has excavated one of the very few known ancient Greek pottery workshops. This talk presents the results of the excavation of this workshop where, apart from the impressive quantity of vases uncovered, all structures necessary to the production of pottery have been found. We will examine the particular architectural features, extremely diversified production, and distribution of the workshop’s production in the North Aegean and the Black Sea.