The Infamy of Mumtaz Qadri: The Political Ontology of Blasphemy in Pakistan

Home > Upcoming Events  > The Infamy of Mumtaz Qadri: The Political Ontology of Blasphemy in Pakistan

08 May The Infamy of Mumtaz Qadri: The Political Ontology of Blasphemy in Pakistan 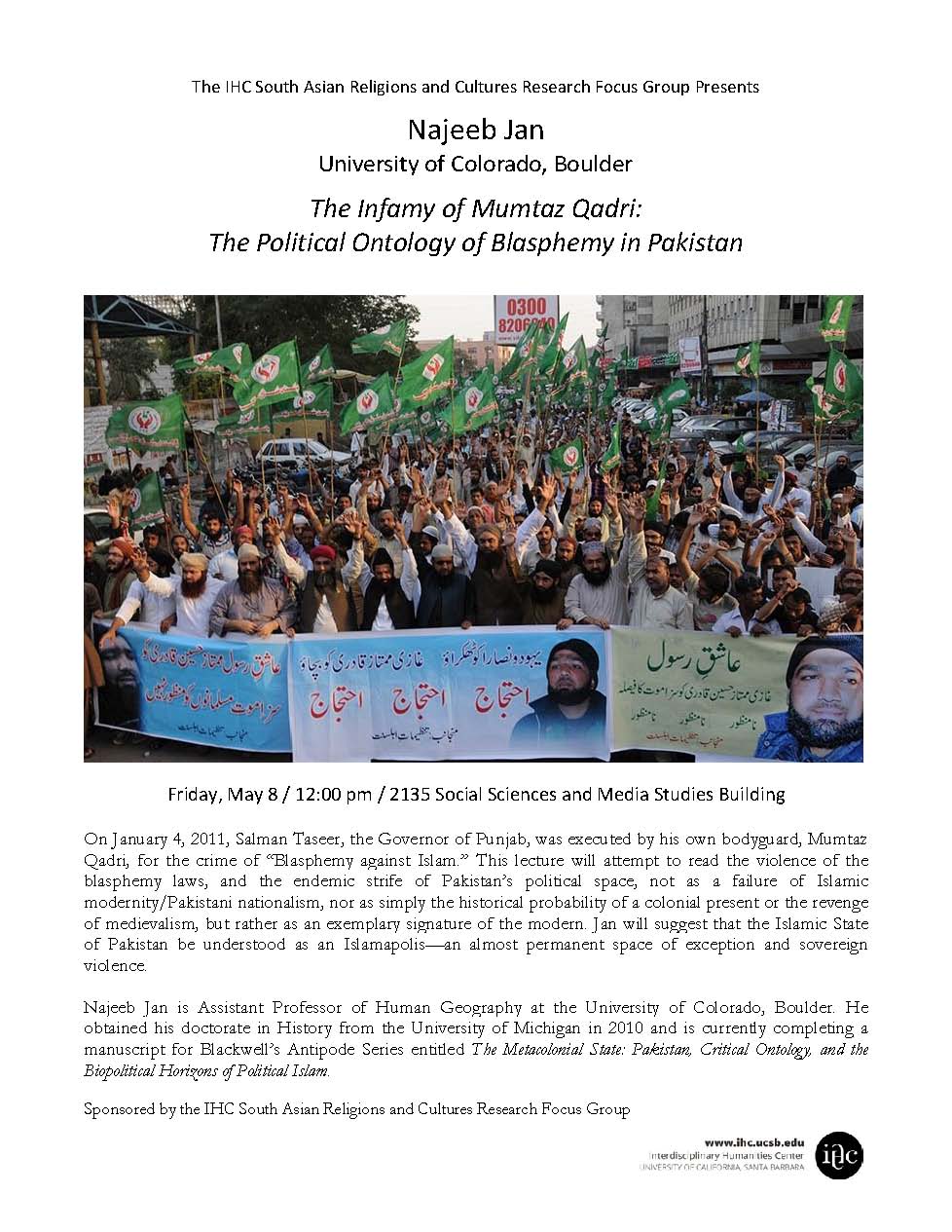 On January 4, 2011, Salman Taseer, the Governor of Punjab, was executed by his own bodyguard, Mumtaz Qadri, for the crime of “Blasphemy against Islam.” This lecture will attempt to read the violence of the blasphemy laws, and the endemic strife of Pakistan’s political space, not as a failure of Islamic modernity/Pakistani nationalism, nor as simply the historical probability of a colonial present or the revenge of medievalism, but rather as an exemplary signature of the modern. Jan will suggest that the Islamic State of Pakistan be understood as an Islamapolis—an almost permanent space of exception and sovereign violence.

Najeeb Jan is Assistant Professor of Human Geography at the University of Colorado, Boulder. He obtained his doctorate in History from the University of Michigan in 2010 and is currently completing a manuscript for Blackwell’s Antipode Series entitled The Metacolonial State: Pakistan, Critical Ontology, and the Biopolitical Horizons of Political Islam.