The Idiot and the Community

Home > Fellows Blog  > The Idiot and the Community 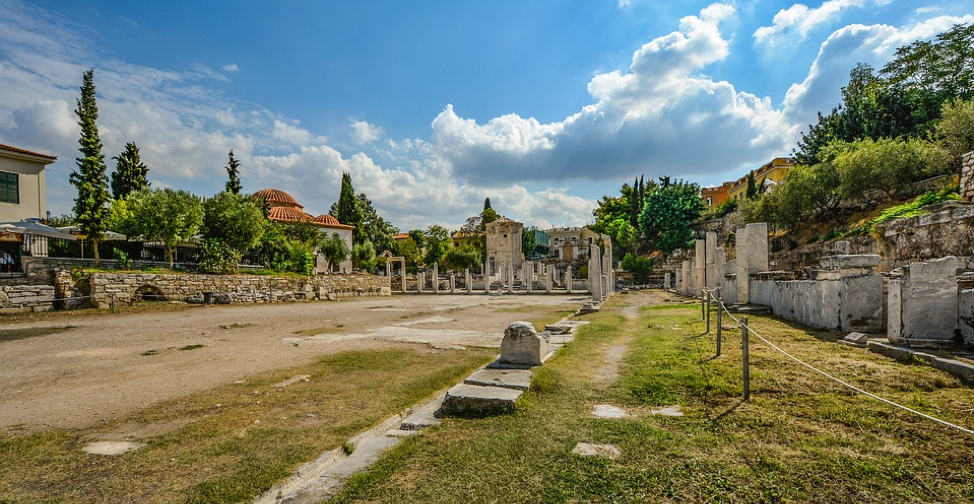 20 Aug The Idiot and the Community

Posted at 10:50h in Fellows Blog by Admin

In the last few months, an anti-social movement has grown and made headlines across America. Some states, notably Michigan, Wisconsin, and Illinois, were home to large protests against the lockdown of businesses in the state. In March and April, some protestors gridlocked local roads with their cars. Some gathered on foot in public squares. Some even stormed government buildings, carrying deadly weapons. They demanded that their states be reopened and that they be sent back to work. They brought signs asserting their personal liberties to go out, to work, to get a haircut. Whether out of ignorance, fear, or desperation, these protestors came out to express their anger at what they perceived as a denial of their rights. In recent months, these movements morphed into anti-mask protests: individuals brashly displaying their defiance of the state orders to wear masks in public. Anti-maskers loudly decry the usefulness of masks, protest the discomfort masks cause, and insist on their freedom not to wear them. In these people’s minds, their own interests and comfort are more important than the danger of COVID-19 threatening their communities.

The ancient Greeks gave a specific name to such people. They called them ἰδιώτης—from which we get the contemporary English word “idiot.” For the ancient Greeks, this term was not an insult per se. It meant a “private individual” or common man. However, the word “idiot” also implied a person who did not involve himself in state matters. As defined in the Brill’s New Pauly, a leading Classics encyclopedia: “The term idiotes designated a private individual who did not hold any office and did not participate in political life.”

If someone was called an idiotes, it might not be a condemnation, but it was not a compliment either. It was certainly not a compliment for members of the Classical city-state, Athens. In the 5th century BC, the Athenian state encouraged citizens to participate actively in political life. The state demanded participation from all citizens. From the wealthy, it even required financial support. Rather than celebrating the successful private man—the idiotes— Athenians celebrated the citizen who involved himself in the city-state’s affairs.

Ancient Athens was not a perfect democracy. The ancient city-state denied citizenship to many of its permanent residents, including women, slaves, and even free permanent residents who were not born of two full-blooded Athenian citizens. However, the state drew on large numbers of adult citizen males for its political bodies. As their civic duty, citizens served on juries—bodies which were no smaller than 200 and often larger than 1,000.

In addition to their heavy involvement in the law courts, citizens had a more direct form of democracy than the representative democracy of the United States. Most political decisions were made in the large citizen-body called the Popular Assembly. This body, which voted on laws and elected magistrates, consisted of close to 6,000 citizens—a tenth or more of the entire citizen body of Athens. The Council (Boule), an assembly which prepared law proposals among other duties, consisted of 500 citizens chosen by lot. In these, and many other functions, Athens made citizen involvement possible—indeed mandatory—in many ways for huge numbers of the citizen body.

The city itself, in addition, was designed to foster community involvement. The city’s heart was the Agora. This city-center was not a thick cluster of buildings, but rather an open space for commercial activity, congregation, and discussion. Public announcements and decrees were posted in the Agora, political buildings placed around it, and citizens came to talk politics and affairs of state in the open air with each other. Citizens voted on electing magistrates and could even banish magistrates they disliked through a process called ostracism. Most importantly, however, ancient Athens demanded not just the involvement of the average citizen. It demanded the financial support of the wealthy, through a service called a “liturgy.”

Liturgies were, for the wealthy, like mandatory philanthropy. All wealthy persons were expected to sponsor beneficial events or projects for the state and fund the events with their own finances. Liturgies were a way for the wealthy of Athens to support and grow their community. For their liturgies, wealthy citizens could fund the outfitting of military war ships, or they could serve the community by funding public celebrations and performances. Wealthy citizens had a choice in what sort of service they performed and how much they spent on it, but the service itself was mandatory.

The highly competitive nature of Athenian society made some wealthy Athenians go beyond the requirements. They would put on particularly extravagant celebrations at their own expense. Wealthy citizens often competed with one another to perform greater, more spectacular liturgies. To be sure, these liturgies were often inspired by self-interest. Many politicians and generals, like the renowned Themistocles, earned widespread fame and stature through extravagant liturgies. Many of the wealthy tailored festivals, theater plays, and celebrations to promote their own political agendas. Yet, it was through these acts of public service that Athenians expected their politicians to rise to prominent positions.

The Athenian liturgy system supported the city through the financial means of its wealthy citizens. It motivated the wealthy to do greater services, through the promise of success and fame. Likewise, Athens encouraged and requested the common citizen to invest time in the state’s affairs. Citizens served on large juries, congregated in the Agora to discuss and debate, and met in large assemblies to make political decisions about their state. This was the way of life for the citizen of the 5th century Athenian democracy.

The United States, in contrast, has far smaller juries and voter turnouts are poor at best. Its wealthy citizens are not only free from financial obligations to the state; they enjoy tax loopholes by which many of them pay less in taxes, proportionately, than the poor. Some Americans even believe that those who find ways to circumvent their taxes to the state should be celebrated for their cleverness, not condemned. In America, the idiot enjoys success and often even acclamation.

Perhaps it is no surprise, then, that many American citizens do not feel dedicated to their community, or indeed any greater entity than themselves. Just like the wealthy and powerful of America who shirk their tax duties, the mask-less American idiot sees and feels no obligation to consider the welfare and safety of the community.

Partially inspired by the Medium article “How Freedom Became Free-Dumb in America.”

Kirsten Jaqua is a Ph.D. student in the Department of Classics, studying ancient Greek tragedy. Her research concerns women’s social bonds and the significance of female-female relationships portrayed in male-written and -performed dramas.