The Black and White Veil: William Morris, George Bernard Shaw, and the Print Form of Socialism 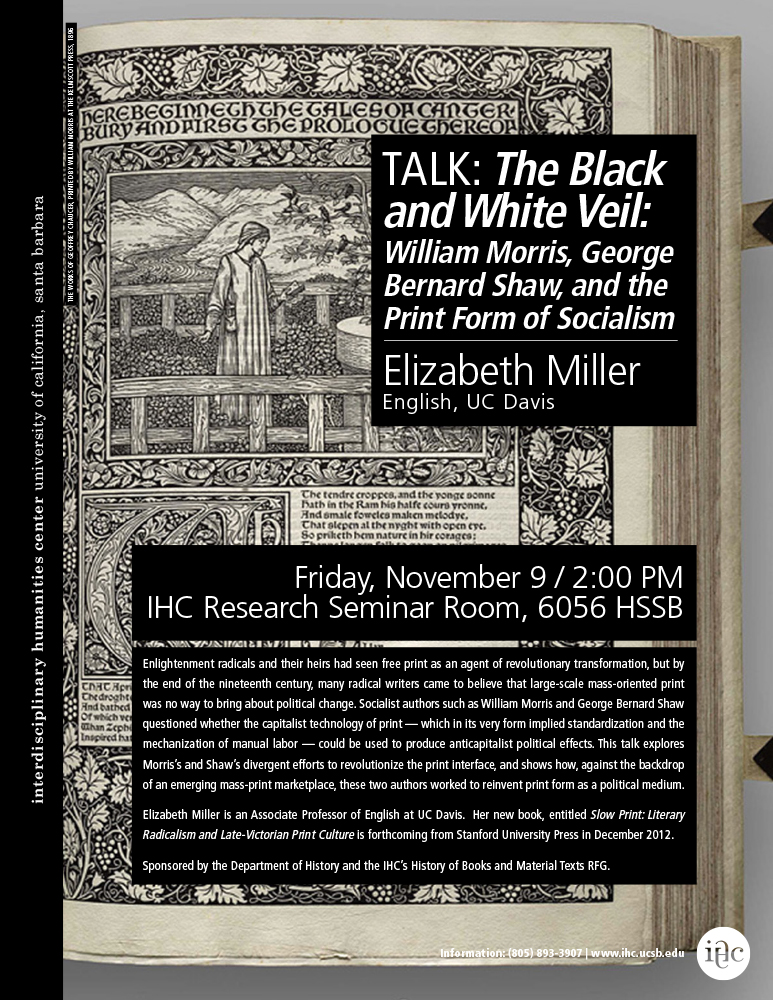 Enlightenment radicals and their heirs had seen free print as an agent of revolutionary transformation, but by the end of the nineteenth century, many radical writers came to believe that large-scale mass-oriented print was no way to bring about political change. Socialist authors such as William Morris and George Bernard Shaw questioned whether the capitalist technology of print — which in its very form implied standardization and the mechanization of manual labor — could be used to produce anticapitalist political effects. This talk explores Morris’s and Shaw’s divergent efforts to revolutionize the print interface, and shows how, against the backdrop of an emerging mass-print marketplace, these two authors worked to reinvent print form as a political medium.

Sponsored by the Department of History and the IHC’s History of Books and Material Texts RFG.