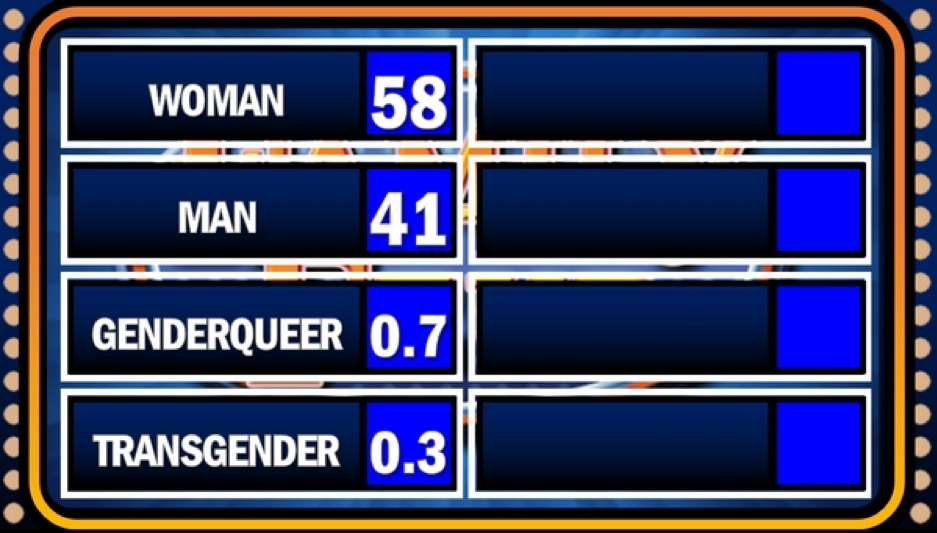 Posted at 11:08h in Fellows Blog by Admin

Surveys are everywhere around us – whether designed to gather specific information for research, gauge user or consumer satisfaction, or take a census of the entire population. Survey results are often presented as factual, objective, statistical representations of reality and truth. And while many of us have never been asked to think about designing a survey, the problematic nature of so many survey questions can make us wonder if anyone has ever spent time reflecting on the matter.

The non-inclusivity of surveys is not a new issue – take, for instance, the many debates surrounding the U.S. Census defining Persians, Middle-Easterners, and North-Africans as “White” or collapsing people from East Asian and South Asian descent as “Asian.” Defenders of these decisions argue that, in order to yield meaningful statistical results, surveys need to group people into larger categories, while critiques respond that these larger categories, mainly designed by people who do not belong to them, do not represent their realities and identities anymore.

In 2014, the University of California sent out a Campus Climate Survey to each of its ten campuses in order to gauge the environment students, staff, and faculty were in while working, studying, and living in university settings. “Our goal is to make the University of California a model for diversity and inclusion in higher education,” their website says. Contrary to many other surveys, the UC Campus Climate Survey thus had very good reasons to ask questions about gender, race, sexual orientation, disability status, and other personal demographic information.

As a response to the imagined question “Why Does It Matter?,” the study’s website adds “Inclusiveness and diversity are critical to the success of the university. They foster trust and allow students, faculty and staff to reach their full potential.” But the design of their survey, especially their gender identity question, tells a very different story.

To many cisgender people, the four possible answers to the question “What is your gender identity?” (Woman OR man OR transgender OR genderqueer) may very well have seemed like a wonderful step forward from the usual binary options – “woman” and “man.” But for us trans people, the construction of womanhood, manhood, transness, and genderqueerness (which now would more commonly be replaced by non-binariness in most survey questions) as four exclusive categories is an attack to our identities and an erasure of our existence, for one very simple reason.

Asking such a question is inherently transphobic.

In addition, every question about demographic information in your survey should allow people to select “I prefer to self-identify” or “I decline to state.” Do not lump all of us together into one homogenous “Other” category. Let us express the invaluable variety of our identities! The list of options in your survey will never be able to represent the spectrum of forms under which human experience manifests itself.

Two – there is still a way to group gender identity and gender experience in a single question, as some surveys do. But please, do not oppose “man” and “trans man,” or “woman” and “trans woman.” Not only is this literally asking trans people to pick between two equally true statements (Laverne Cox is both a woman and a trans woman), it is also specifically – and we can see right through your game – highlighting trans men and women as “different,” as needed to be described, while cis women and men can remain the implied norm.

Instead, ask “Are you…” and offer “a trans woman,” “a trans man,” “a cis woman,” “a cis man,” “a non-binary person” as your possible answers. As stated above, do not forget to list “I prefer to self-identify” and “I decline to state” as valid alternatives.

This does not only include and validate trans lives, identities, and experiences – this also leads to stronger scientific and statistical results, ones which mirror reality more closely.

Indeed, the most ironic part of it all is that the erasure created by such a badly phrased question on the Campus Climate Survey is not only symbolic, but also statistical. When asked about their gender identity in this way, most trans people will close the survey and never look at it again. Others will select “woman,” “man,” or “genderqueer” and not “transgender,” because their gender is what they are first and foremost. In the end, the survey will say that only 0.3% of the UCSB campus identifies as transgender. The results will validate your bias and confirm that we aren’t here.

But we are here. You just have to ask the right way and you will see it.

Jordan Tudisco is a Ph.D. student in Comparative Literature. Their interdisciplinary research in literature, sociocultural linguistics, and queer and trans studies examines transness at large and its relationship to narratives of the self, constraints in genres and forms, trauma, criminalization and mass incarceration, and healing.