Science, Secrecy, and the Soviet State

13 May Science, Secrecy, and the Soviet State 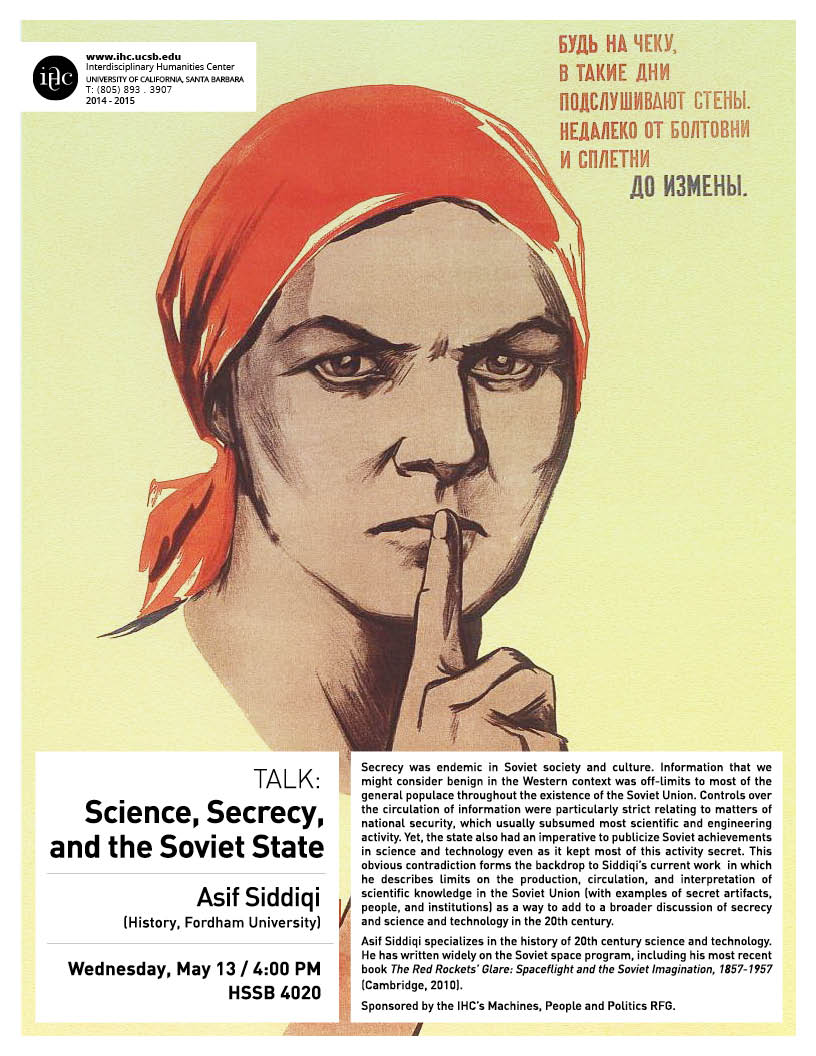 Secrecy was endemic in Soviet society and culture. Information that we might consider benign in the Western context was off-limits to most of the general populace throughout the existence of the Soviet Union. Controls over the circulation of information were particularly strict relating to matters of national security, which usually subsumed most scientific and engineering activity. Yet, the state also had an imperative to publicize Soviet achievements in science and technology even as it kept most of this activity secret. This obvious contradiction forms the backdrop to Siddiqi’s current work  in which he describes limits on the production, circulation, and interpretation of scientific knowledge in the Soviet Union (with examples of secret artifacts, people, and institutions) as a way to add to a broader discussion of secrecy and science and technology in the 20th century.

Asif Siddiqi specializes in the history of 20th century science and technology. He has written widely on the Soviet space program, including his most recent book The Red Rockets’ Glare: Spaceflight and the Soviet Imagination, 1857-1957 (Cambridge, 2010). His new projects include a book project on the history of use of scientific and engineering expertise to maintain and expand the Stalinist Gulag. He is also writing book on the origins of the Indian space program set in the larger context of Cold War science in a postcolonial setting.

Sponsored by the IHC’s Machines, People and Politics RFG.