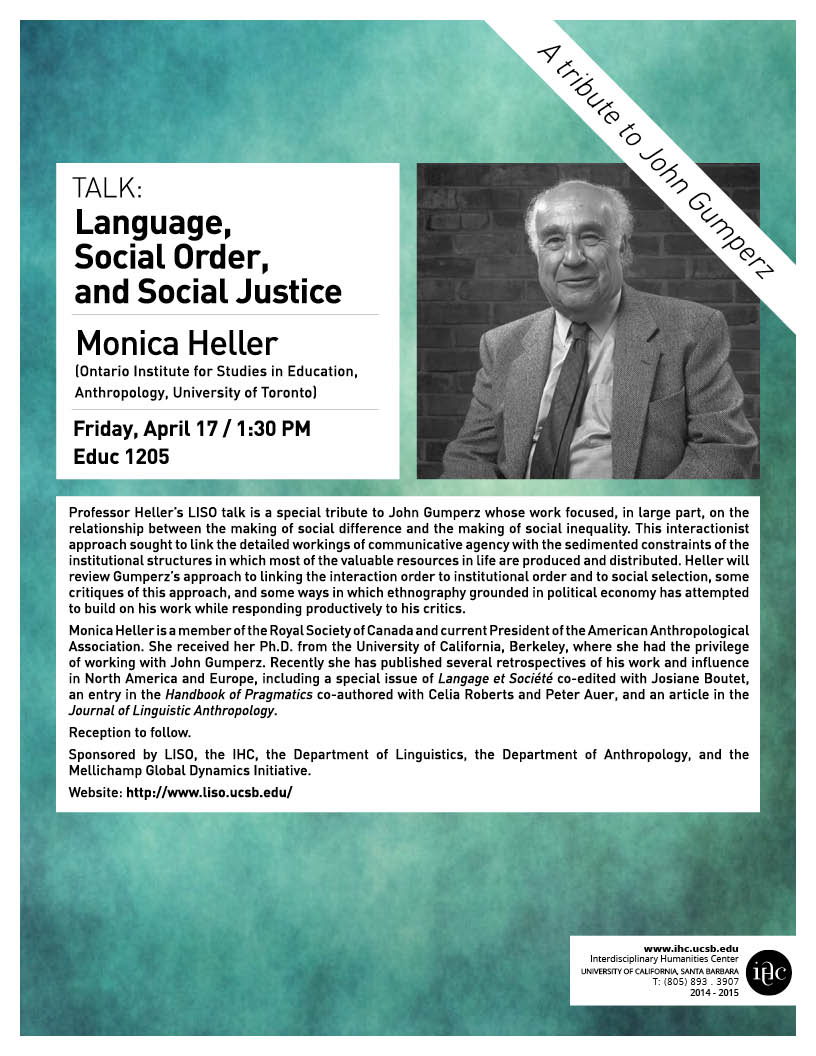 Professor Heller’s LISO talk is a special tribute to John Gumperz whose work focused, in large part, on the relationship between the making of social difference and the making of social inequality. This interactionist approach sought to link the detailed workings of communicative agency with the sedimented constraints of the institutional structures in which most of the valuable resources in life are produced and distributed. Heller will review Gumperz’ approach to linking the interaction order to institutional order and to social selection, some critiques of this approach, and some ways in which ethnography grounded in political economy has attempted to build on his work while responding productively to his critics.

Monica Heller is a member of the Royal Society of Canada and current President of the American Anthropological Association. She received her Ph.D. from the University of California, Berkeley, where she had the privilege of working with John Gumperz. Recently she has published several retrospectives of his work and influence in North America and Europe, including a special issue of éLangage et Sociéte co-edited with Josiane Boutet, an entry in the Handbook of Pragmatics co-authored with Celia Roberts and Peter Auer, and an article in the Journal of Linguistic Anthropology.