Silence and Abstinence: Axes in Religious Belief and Practice

06 May Silence and Abstinence: Axes in Religious Belief and Practice

Posted at 13:28h in IHC Research Focus Groups by Admin 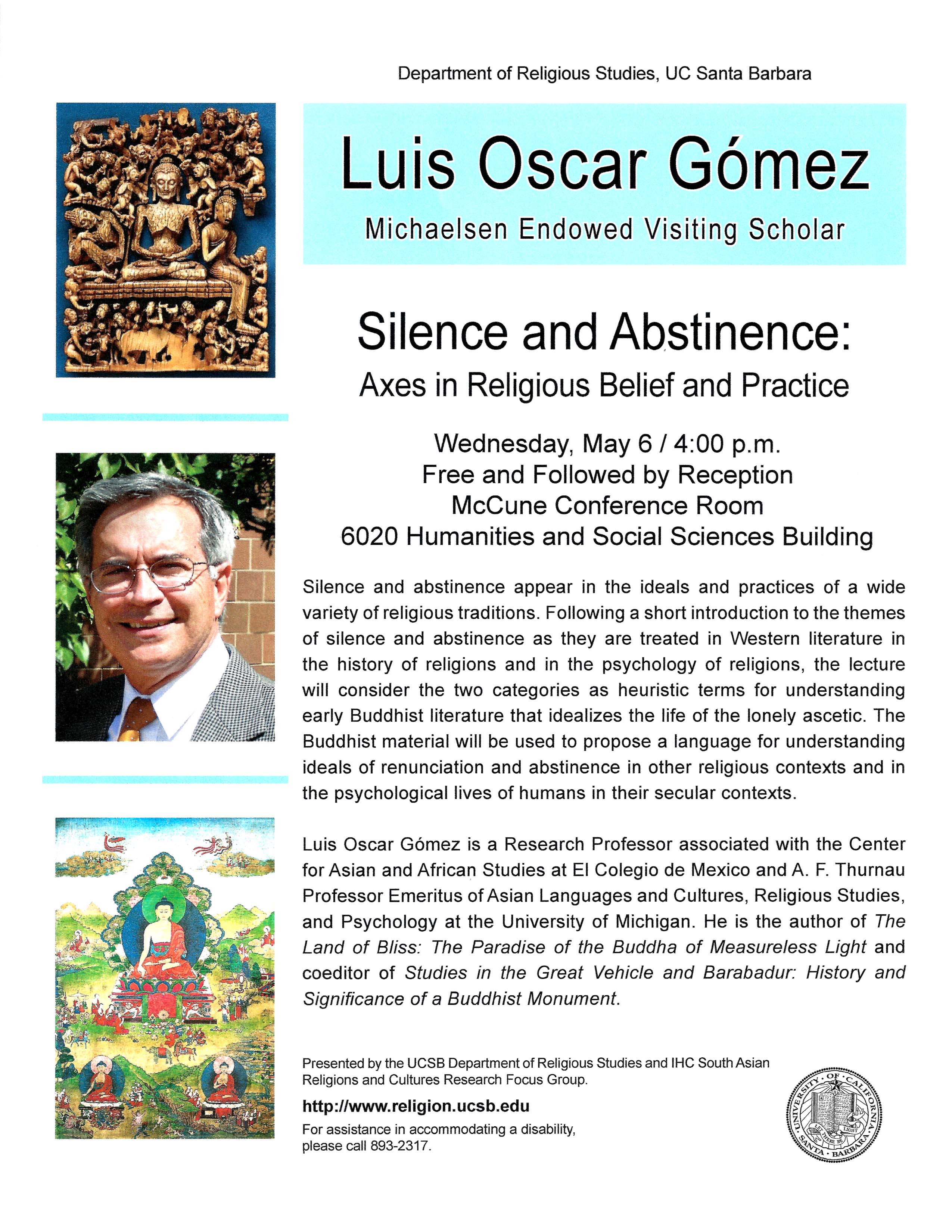 Silence and abstinence appear in the ideals and practices of a wide variety of religious traditions. Following a short introduction to the themes of silence and abstinence as they are treated in Western literature in the history of religions and in the psychology of religions, the lecture considered the two categories as heuristic terms for understanding early Buddhist literature that idealizes the life of the lonely ascetic. The Buddhist material was used to propose a language for understanding ideals of renunciation and abstinence in other religious contexts and in the psychological lives of humans in their secular contexts.

Luis Oscar Gómez is a Research Professor associated with the Center for Asian and African Studies at El Colegio de Mexico and A. F. Thurnau Professor Emeritus of Asian Languages and Cultures, Religious Studies, and Psychology at the University of Michigan. His research interests include Indian Mahayana Buddhism, the early spread of Buddhism in Tibet, and Buddhist theories of self-cultivation. He is also interested in the psychology of religions and in the interface between psychotherapy, psychodynamic theory, and religious behaviors and experiences. He is the author of The Land of Bliss: The Paradise of the Buddha of Measureless Light and co-editor of Studies in the Great Vehicle and Barabadur: History and Significance of a Buddhist Monument.