The Postcolonial Afterlife of Sarah Baartman: African Women’s Discourses of the Female Body 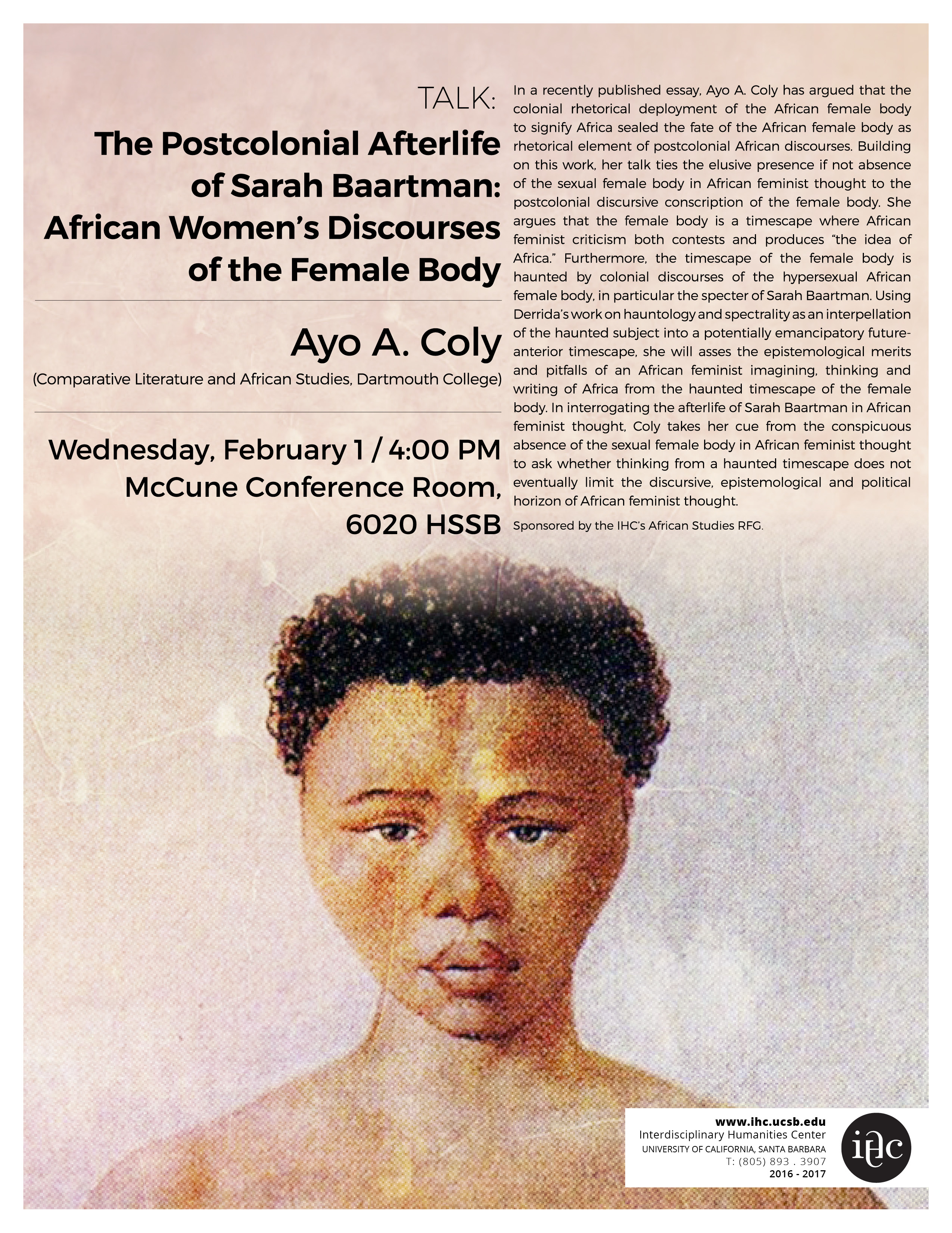 Ayo A. Coly is Associate Professor of Comparative Literature and African Studies at Dartmouth College. Her research areas include postcolonial discourses, African literatures and visual cultures, and gender and sexuality in Africa. She is the author of The Pull of Postcolonial Nationhood: Gender and Migration in Francophone African Literatures (2010). She has guest-edited a special issue of Callaloo on “The Cultures and Letters of the Black Diaspora” (2007) and The African Studies Review on “Homophobic Africa?” (2013). Her
publications have appeared in Culture, Theory and Critique, Research in African Literatures, The African Studies Review, The Journal of Contemporary African Studies, Third Text, The Canadian Journal of Comparative Literature, and Nottingham French Studies. She has just completed a book manuscript entitled The Afterlife of Colonial Statements: African Women’s Discourses of the Female Body. She is now working on two book projects. The first is on Congolese and French writer Alain Mabanckou. The second looks at homosexuality and homophobia in Senegal as political fabrications.