Researching the Margins: Challenges and Consequences of Embarking on a Microhistory Project

Home > Upcoming Events  > Researching the Margins: Challenges and Consequences of Embarking on a Microhistory Project

13 Oct Researching the Margins: Challenges and Consequences of Embarking on a Microhistory Project 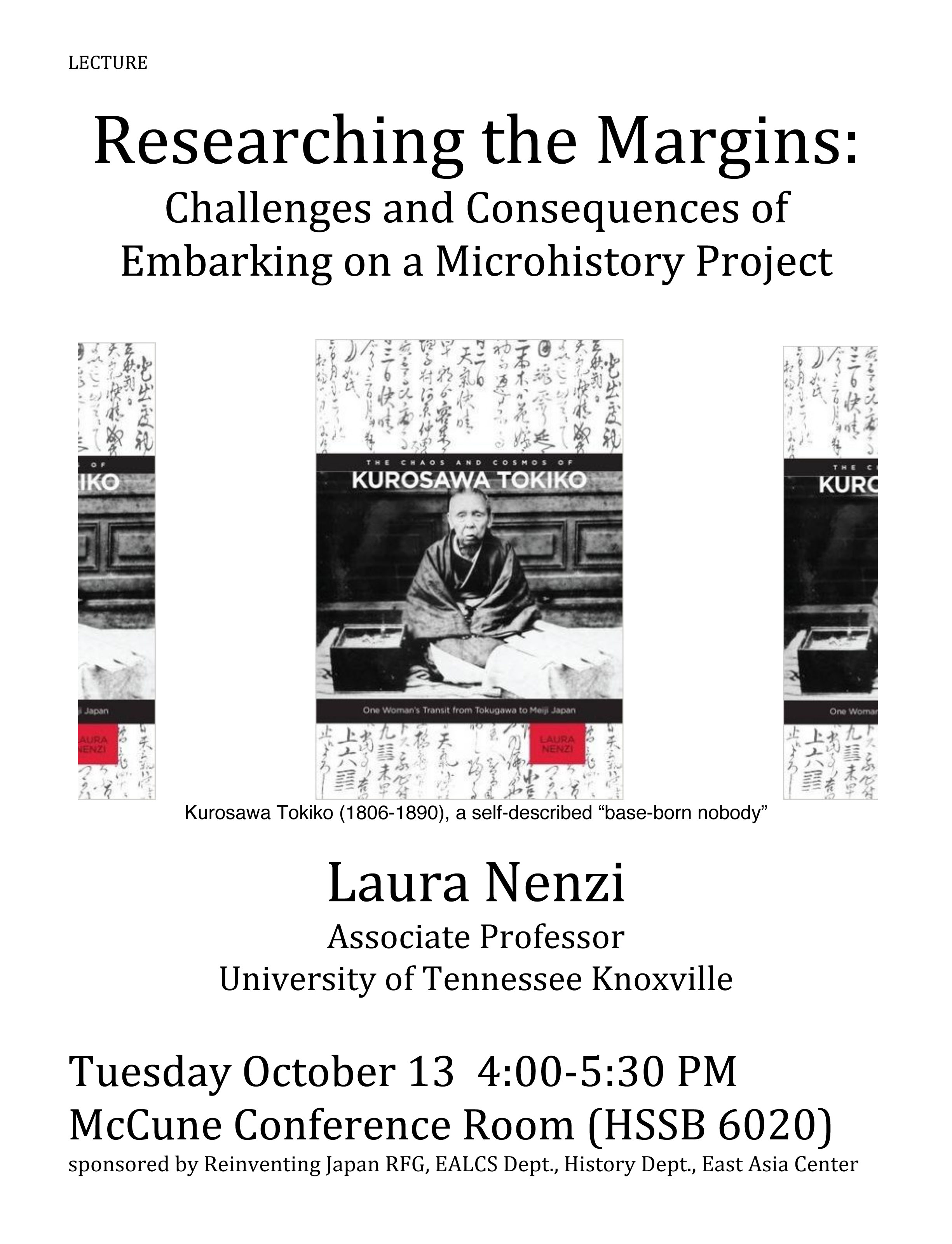 Nenzi is a social historian of early modern Japan interested in gender, space, memory, and identity. In my first book, Excursions in Identity (2008) she examined the manifold ways in which early modern wayfarers across the social spectrum engaged with the spaces of travel, using the open road and the blank pages of their diaries to redraw, temporarily, their social coordinates. While travelers of both sexes partook in this exercise, women were especially keen on reimagining their identities while on the road. The book takes into account the transformations brought upon travel practices by the rise of the commercial economy in the second half of the Tokugawa period; by the nineteenth century, it argues, engaging with the travelscapes and reconfiguring one’s place in society no longer required erudition: money sufficed. Souvenirs and local specialties enabled visitors to acquire the heritage of famous sites by way of a monetary transaction.