Posted at 16:52h in Upcoming Events by Admin 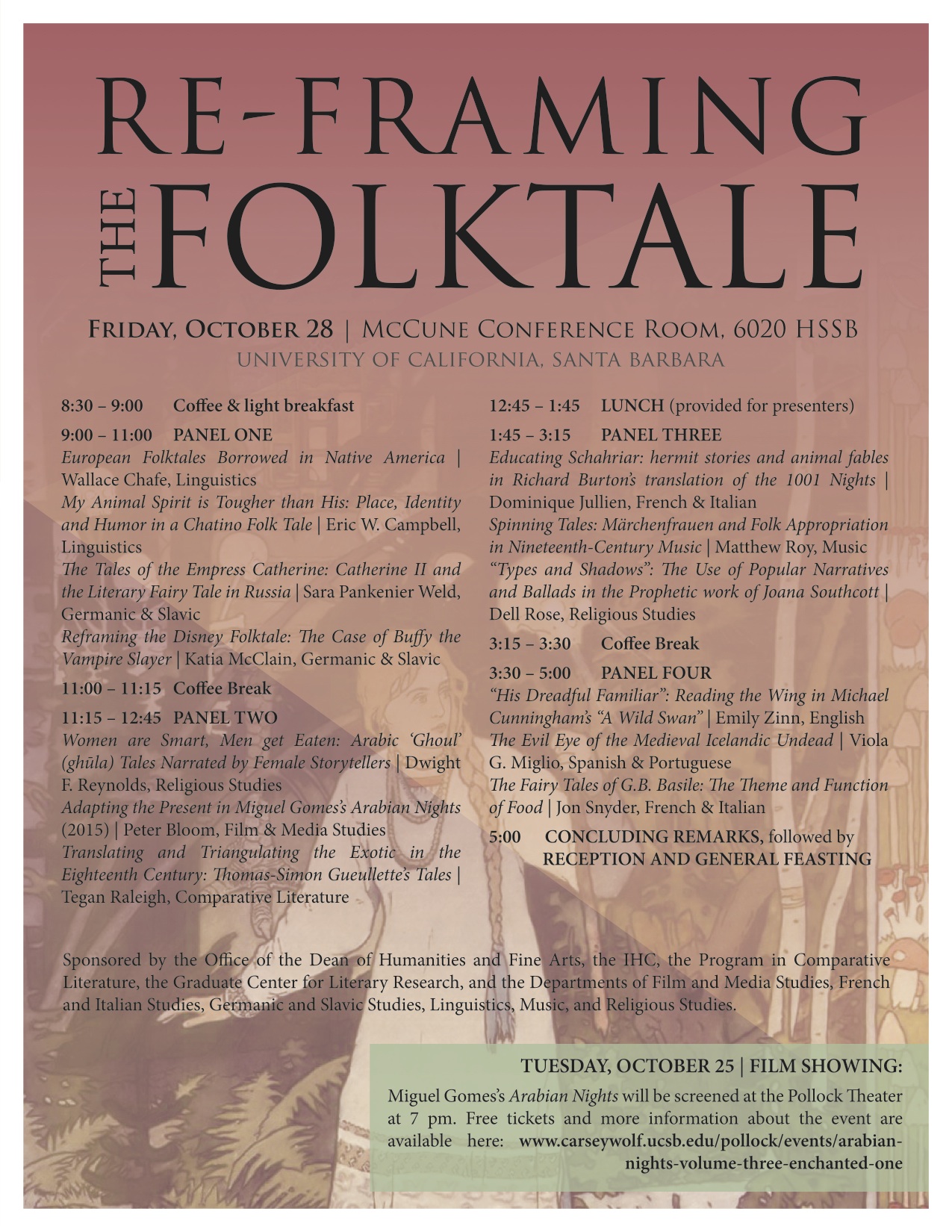 Friday, October 28, 2016 / 9:00 AM – 5:00 PM
McCune Conference Room, 6020 HSSB
Scholars from UCSB examine how and why traditional folktales are continuously renewed and reused in genres as divergent as children’s bedtime stories, adult literature, oral folk tales, Disney films, contemporary television programs, music, and religious texts. Why are these texts so powerful that we return to them again and again? What psychological forces are behind their enduring popularity? What role do they play in creating gender and social models in modern society?

In conjunction with the conference, Miguel Gomes’s Arabian Nights will be screened on Tuesday, October 25 at 7:00 PM at the Pollock Theater. Free tickets and more information about the event are available here:

This event is sponsored by Office of the Dean of Humanities and Fine Arts, the IHC, the Program in Comparative Literature, the Graduate Center for Literary Research, and the Departments of Film and Media Studies, French & Italian, Germanic and Slavic, Linguistics, Music and Religious Studies.

9:30-10:00  My Animal Spirit is Tougher than His: Place, Identity and Humor in a Chatino Folk Tale

10:00-10:30    The Tales of the Empress Catherine: Catherine II and the Literary Fairy Tale in Russia (Sara Pankenier Weld, Germanic & Slavic)

10:30-11:00  Reframing the Disney Folktale: The Case of Buffy the Vampire Slayer

2:45-3:15 “Types and Shadows”: The Use of Popular Narratives and Ballads in the Prophetic work of Joana Southcott (Dell Rose, Religious Studies)