Posted at 13:00h in IHC Research Focus Groups by Admin 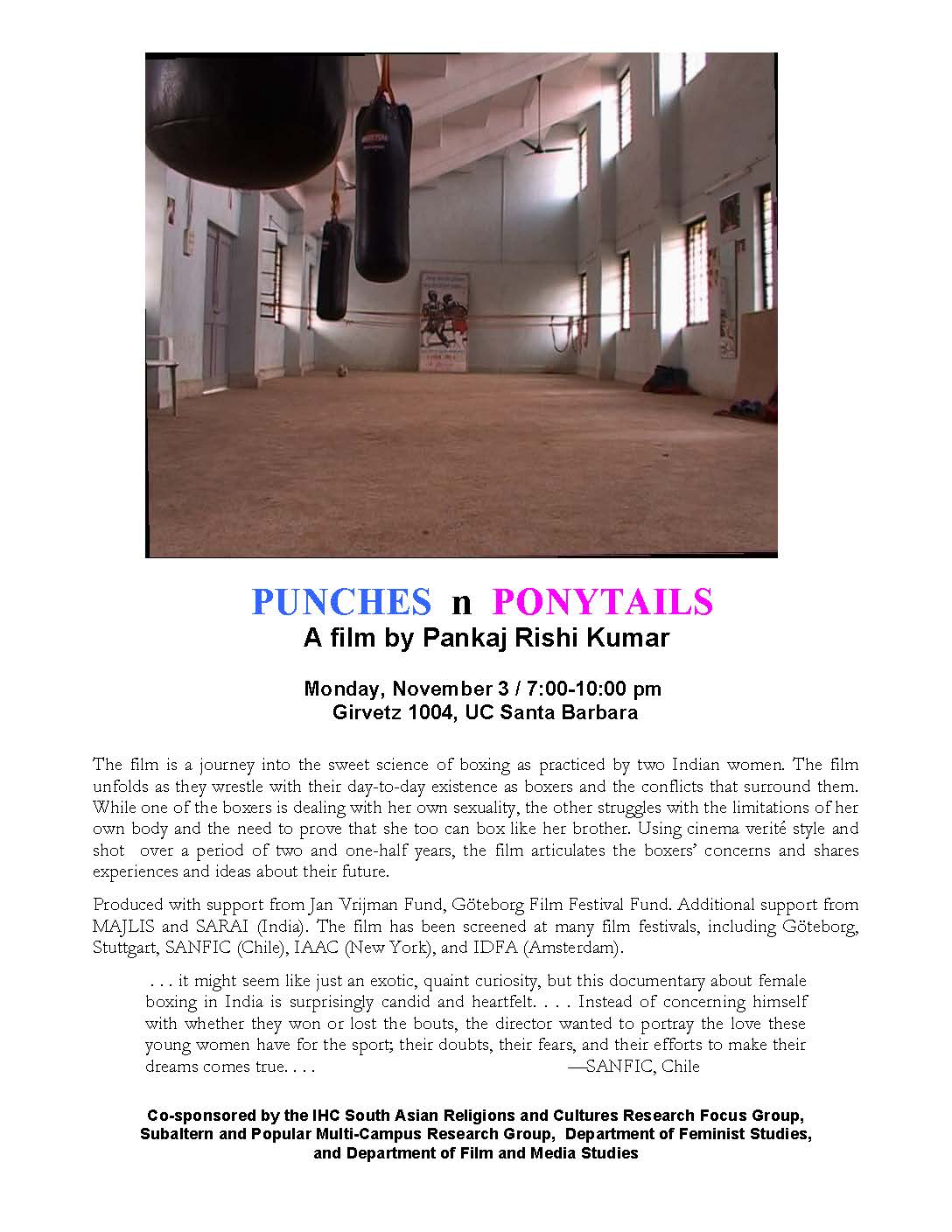 Pankaj Rishi Kumar’s film is a journey into the sweet science of boxing as practiced by two Indian women. The film unfolds as they wrestle with their day-to-day existence as boxers and the conflicts that surround them. While one of the boxers is dealing with her own sexuality, the other struggles with the limitations of her own body and the need to prove that she too can box like her brother. Using cinema verité style and shot over a period of two and one-half years, the film articulates the boxers’ concerns and shares experiences and ideas about their future. Produced with support from Jan Vrijman Fund, Göteborg Film Festival Fund. Additional support from MAJLIS and SARAI (India). The film has been screened at many film festivals, including Göteborg, Stuttgart, SANFIC (Chile), IAAC (New York), and IDFA (Amsterdam).