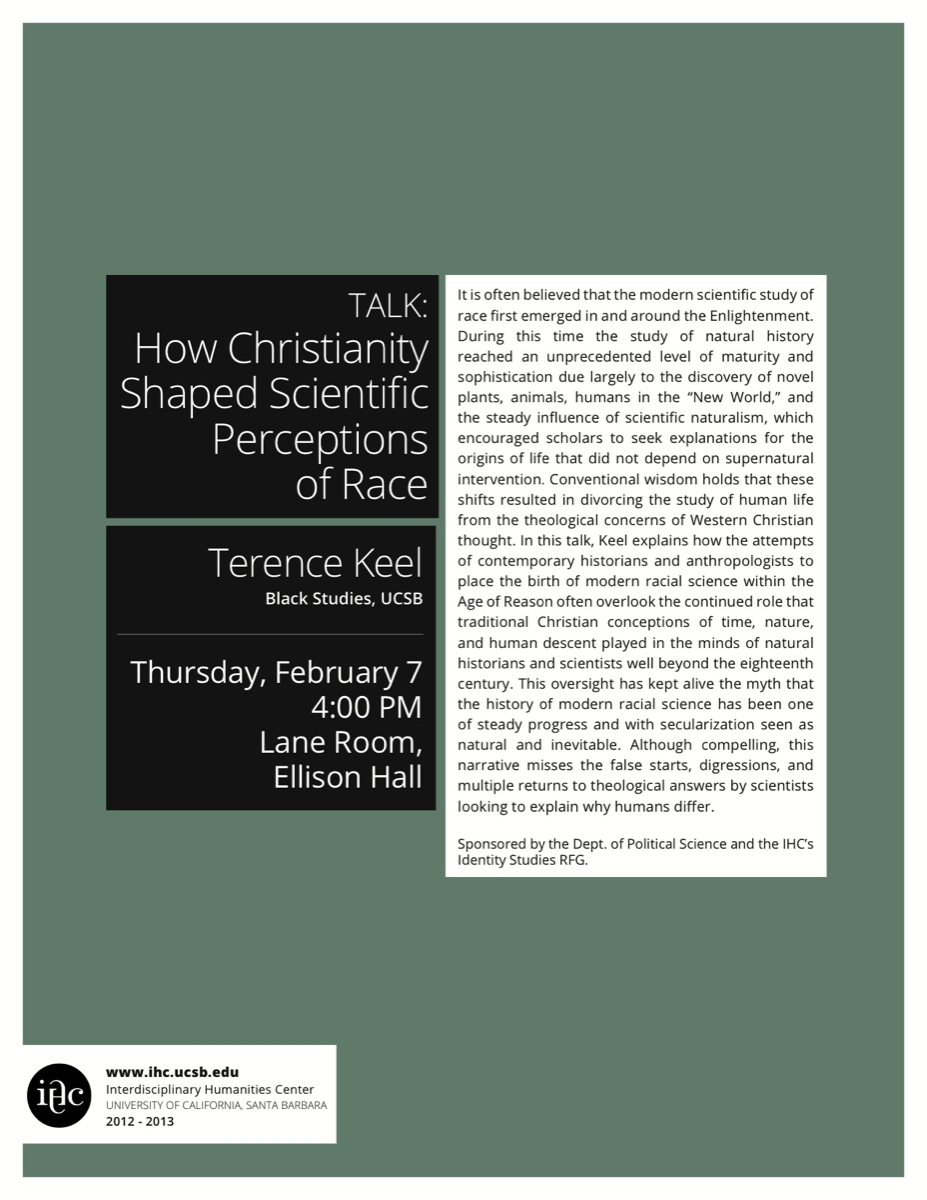 It is often believed that the modern scientific study of race first emerged in and around the Enlightenment. During this time the study of natural history reached an unprecedented level of maturity and sophistication due largely to the discovery of novel plants, animals, humans in the “New World,” and the steady influence of scientific naturalism, which encouraged scholars to seek explanations for the origins of life that did not depend on supernatural intervention.  Conventional wisdom holds that these shifts resulted in divorcing the study of human life from the theological concerns of Western Christian thought. In this talk, Keel explains how the attempts of contemporary historians and anthropologists to place the birth of modern racial science within the Age of Reason often overlook the continued role that traditional Christian conceptions of time, nature, and human descent played in the minds of natural historians and scientists well beyond the eighteenth century. This oversight has kept alive the myth that the history of modern racial science has been one of steady progress and with secularization seen as natural and inevitable. Although compelling, this narrative misses the false starts, digressions, and multiple returns to theological answers by scientists looking to explain why humans differ.

Sponsored by the Dept. of Political Science and the IHC’s Identity Studies RFG.