Posted at 13:01h in Upcoming Events, IHC Series, The Value of Care by Admin 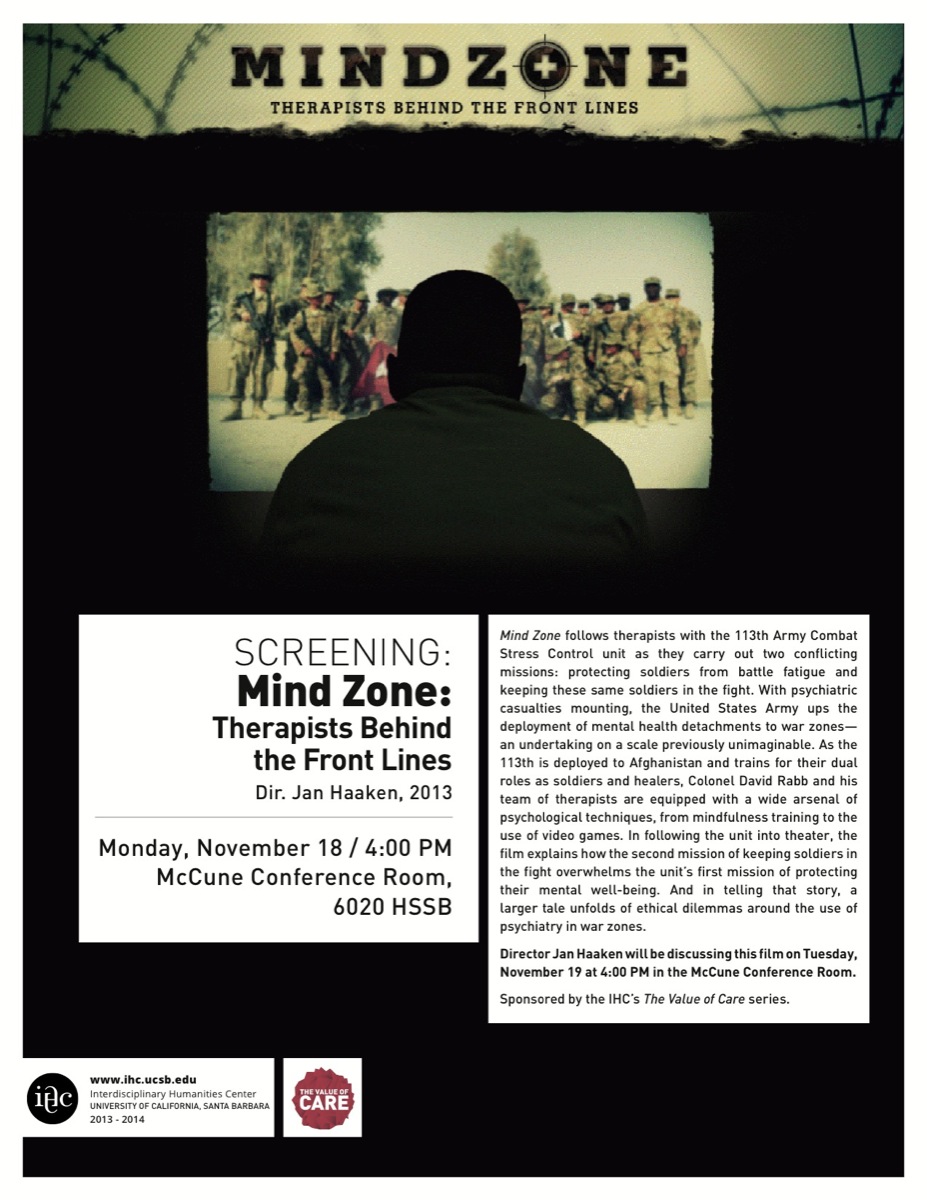 Mind Zone follows therapists with the 113th Army Combat Stress Control unit as they carry out two conflicting missions: protecting soldiers from battle fatigue and keeping these same soldiers in the fight. With psychiatric casualties mounting, the United States Army ups the deployment of mental health detachments to war zones—an undertaking on a scale previously unimaginable. As the 113th is deployed to Afghanistan and trains for their dual roles as soldiers and healers, Colonel David Rabb and his team of therapists are equipped with a wide arsenal of psychological techniques, from mindfulness training to the use of video games. In following the unit into theater, the film explains how the second mission of keeping soldiers in the fight overwhelms the unit’s first mission of protecting their mental wellbeing. And in telling that story, a larger tale unfolds of ethical dilemmas around the use of psychiatry in war zones.

Director Jan Haaken will be discussing this film on Tuesday, November 19 at 4:00 PM in the McCune Conference Room.  For details, click here.

Sponsored by the IHC series The Value of Care.