Medieval Bestsellers vs. Masterpieces: What We Read Now & What They Read Then

Home > Upcoming Events  > Medieval Bestsellers vs. Masterpieces: What We Read Now & What They Read Then

05 May Medieval Bestsellers vs. Masterpieces: What We Read Now & What They Read Then

Posted at 16:11h in Upcoming Events by Admin 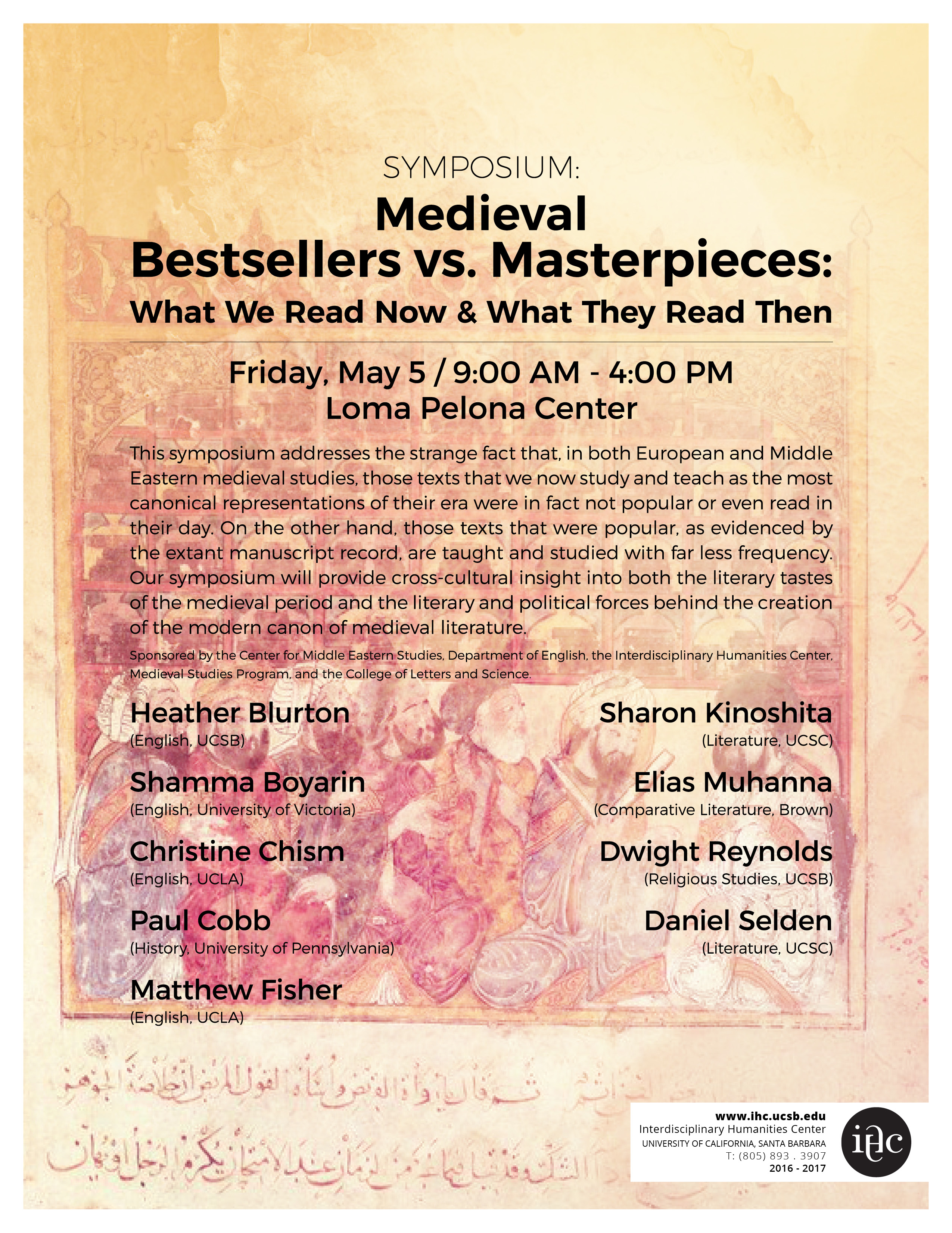 This symposium addresses the strange fact that, in both European and Middle Eastern medieval studies, those texts that we now study and teach as the most canonical representations of their era were in fact not popular or even read in their day. On the other hand, those texts that were popular, as evidenced by the extant manuscript record, are taught and studied with far less frequency. Our symposium will provide cross-cultural insight into both the literary tastes of the medieval period and the literary and political forces behind the creation of the modern canon of medieval literature.

Sponsored by the Center for Middle Eastern Studies, Department of English, the Interdisciplinary Humanities Center, Medieval Studies Program, and the College of Letters and Science.