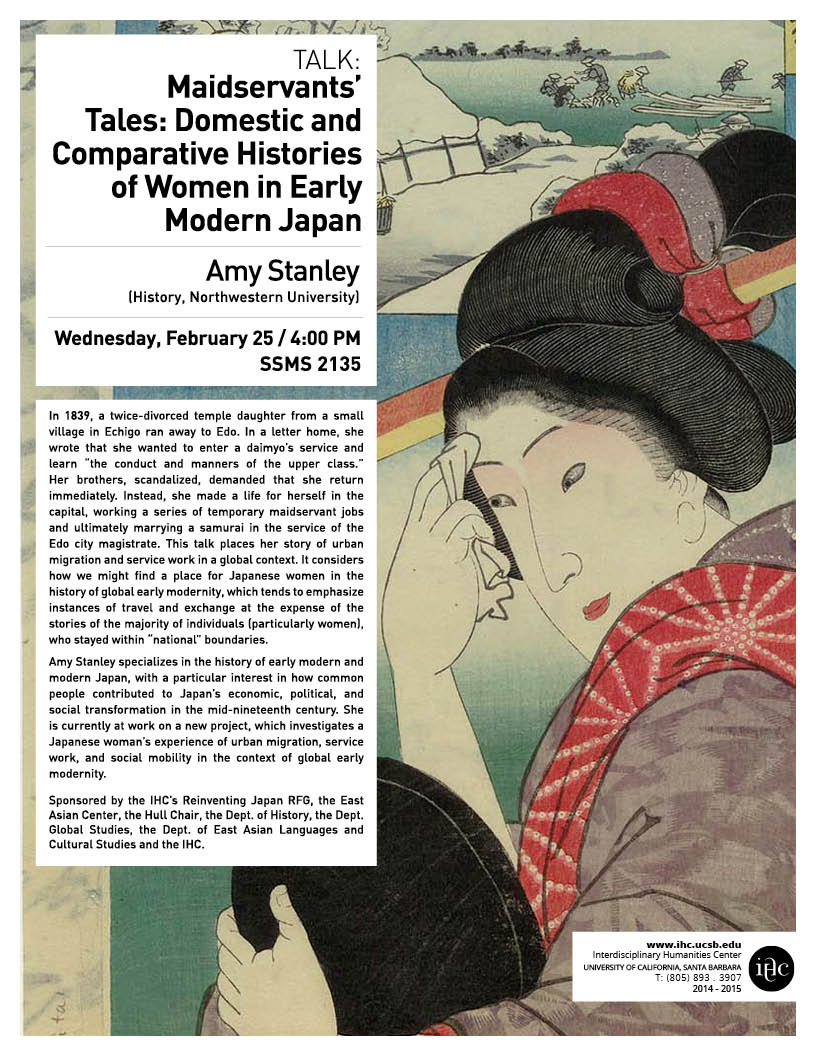 In 1839, a twice-divorced temple daughter from a small village in Echigo ran away to Edo. In a letter home, she wrote that she wanted to enter a daimyo’s service and learn “the conduct and manners of the upper class.” Her brothers, scandalized, demanded that she return immediately. Instead, she made a life for herself in the capital, working a series of temporary maidservant jobs and ultimately marrying a samurai in the service of the Edo city magistrate. This talk places her story of urban migration and service work in a global context. It considers how we might find a place for Japanese women in the history of global early modernity, which tends to emphasize instances of travel and exchange at the expense of the stories of the majority of individuals (particularly women), who stayed within “national” boundaries.

Amy Stanley specializes in the history of early modern and modern Japan, with a particular interest in how common people contributed to Japan’s economic, political, and social transformation in the mid-nineteenth century. She is currently at work on a new project, which investigates a Japanese woman’s experience of urban migration, service work, and social mobility in the context of global early modernity.