Lessons from China: Past, Present and Future of Field Urbanism

Home > Series  > Lessons from China: Past, Present and Future of Field Urbanism

07 Feb Lessons from China: Past, Present and Future of Field Urbanism 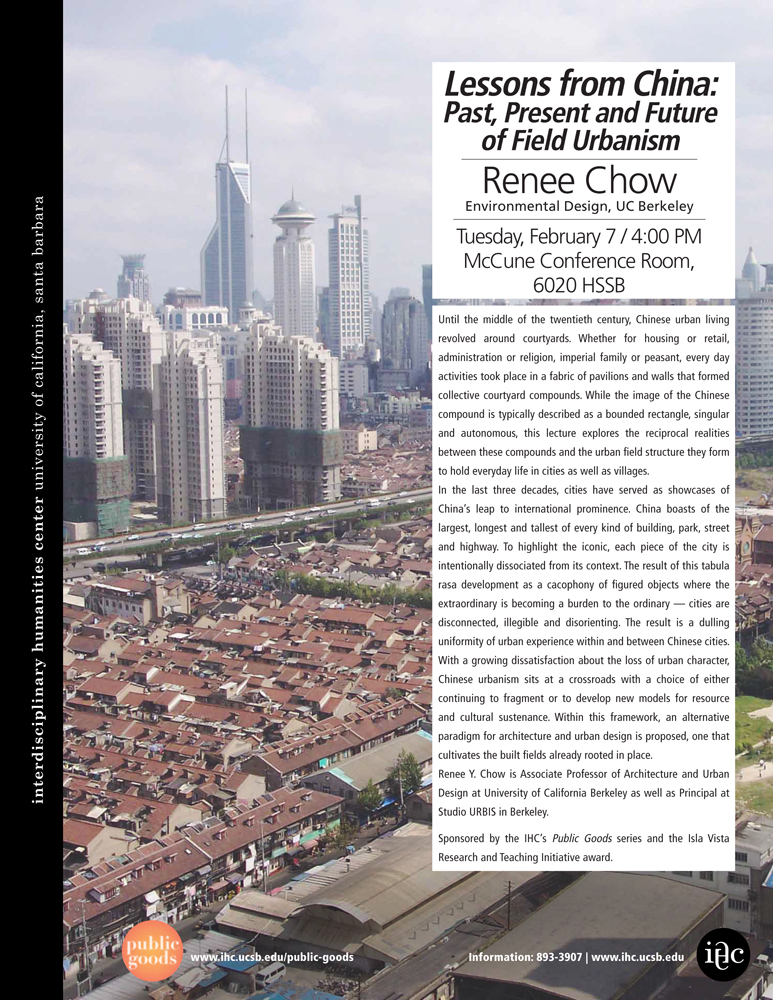 Until the middle of the twentieth century, Chinese urban living revolved around courtyards. Whether for housing or retail, administration or religion, imperial family or peasant, every day activities took place in a fabric of pavilions and walls that formed collective courtyard compounds. While the image of the Chinese compound is typically described as a bounded rectangle, singular and autonomous, this lecture explores the reciprocal realities between these compounds and the urban field structure they form to hold everyday life in cities as well as villages.

In the last three decades, cities have served as showcases of China’s leap to international prominence. China boasts of the largest, longest and tallest of every kind of building, park, street and highway. To highlight the iconic, each piece of the city is intentionally dissociated from its context. The result of this tabula rasa development as a cacophony of figured objects where the extraordinary is becoming a burden to the ordinary — cities are disconnected, illegible and disorienting. The result is a dulling uniformity of urban experience within and between Chinese cities.

With a growing dissatisfaction about the loss of urban character, Chinese urbanism sits at a crossroads with a choice of either continuing to fragment or to develop new models for resource and cultural sustenance. Within this framework, an alternative paradigm for architecture and urban design is proposed, one that cultivates the built fields already rooted in place.

Renee Y. Chow is Associate Professor of Architecture and Urban Design at University of California Berkeley as well as Principal at Studio URBIS in Berkeley.

Sponsored by the IHC’s Public Goods series and the Isla Vista Research and Teaching Initiative award.