Jewish Topographies and Indian Genres: Kirtan among the Bene Israel of Maharashtra

08 May Jewish Topographies and Indian Genres: Kirtan among the Bene Israel of Maharashtra 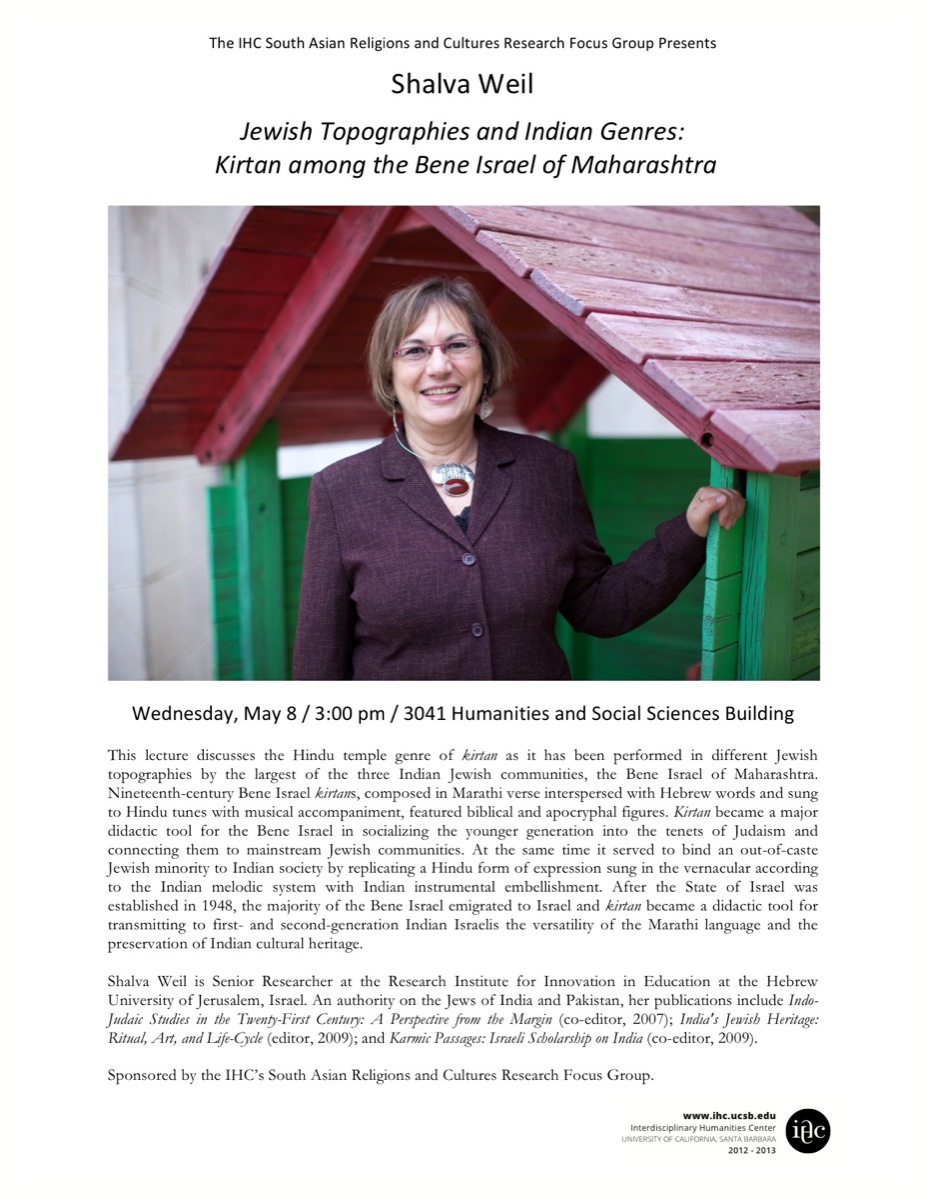 This talk discusses the Hindu temple genre of kirtan as it has been performed in different Jewish topographies by the largest of the three Indian Jewish communities, the Bene Israel of Maharashtra. Nineteenth-century Bene Israel kirtans, composed in Marathi verse interspersed with Hebrew words and sung to Hindu tunes with musical accompaniment, featured biblical and apocryphal figures. Kirtan became a major didactic tool for the Bene Israel in socializing the younger generation into the tenets of Judaism and connecting them to mainstream Jewish communities. At the same time it served to bind an out-of-caste Jewish minority to Indian society by replicating a Hindu form of expression sung in the vernacular according to the Indian melodic system with Indian instrumental embellishment. After the State of Israel was established in 1948, the majority of the Bene Israel emigrated to Israel and kirtan became a didactic tool for transmitting to first- and second-generation Indian Israelis the versatility of the Marathi language and the preservation of Indian cultural heritage.

Shalva Weil is Senior Researcher at the Research Institute for Innovation in Education at the Hebrew University of Jerusalem, Israel. An authority on the Jews of India and Pakistan, her publications include Indo-Judaic Studies in the Twenty-First Century: A Perspective from the Margin (co-editor, 2007); India’s Jewish Heritage: Ritual, Art, and Life-Cycle (editor, 2009); and Karmic Passages: Israeli Scholarship on India (co-editor, 2009).