If You Can’t Beat it, Eat it: Adding Invasive Species to your Plate

Home > Fellows Blog  > If You Can’t Beat it, Eat it: Adding Invasive Species to your Plate 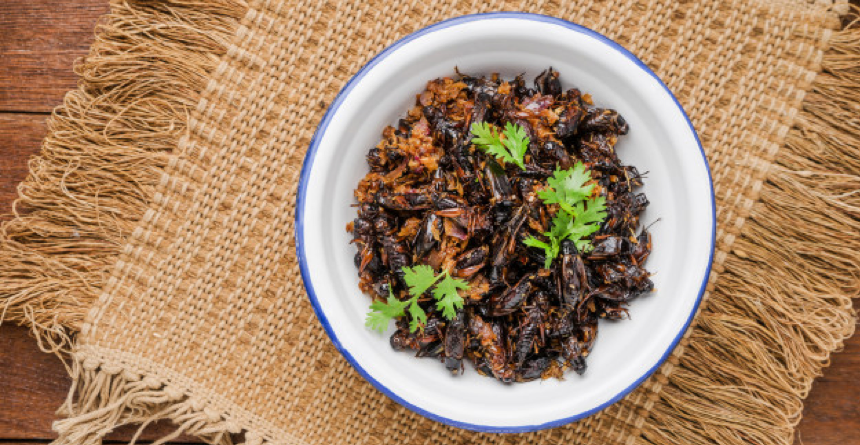 16 Jul If You Can’t Beat it, Eat it: Adding Invasive Species to your Plate

Posted at 14:15h in Fellows Blog by Admin

Amid Coronavirus fear and uncertainty, news headlines in May announced another problem to tack onto 2020’s running list — murder hornets. After spring sightings in Washington and British Colombia, concern about this invasive species has lingered, resulting in false sightings and reports of bumble bee killings throughout the U.S.

Surprisingly, the continued presence of murder hornets has sparked a common question for invasive species researchers, and the edible insect advocacy community: Can we eat them?

As it turns out, yes. The Asian giant hornet (Vespa mandarinia) — aka the murder hornet — is one of the nearly 2,000 different types of edible insect species consumed globally.  It is the world’s largest species of hornet and is most commonly consumed in Japan, where it is considered a delicacy.

Though news stories point to the pain of murder hornet stings and their tendency to terrorize honeybees, researchers and the edible insect community are encouraging us to reconsider how we think about and manage invasive species.

In Tokyo, these hornets can be found on the menus of over 30 restaurants, and Japan’s Chūbu region is known for a festival called Kushihara Hebo Matsuri, which celebrates the insect (New York Times). Asian giant hornets are often wild-harvested from forest nests by foragers, who supply restaurants and markets with the insect. Both the larvae and adults are edible; the larvae are often steamed with rice to make a popular dish called hebo-gohan, while the adults are skewered and consumed whole.

As the news spread in spring of the hornets’ arrival in the U.S., edible insect advocates took to the Internet to share stories, facts and recipes for this edible bug. Chef Joseph Yoon, founder of Brooklyn Bugs, and writer Ryan Mandelbaum, share their stories about eating the insect in unique dishes and offer recipes to “bring out the delicate flavor and texture” (Lifehacker).

Aly Moore, an edible insect educator, and founder of Bugible and Eat Bugs Events, has catalogued insect flavors for the past few years. She labels insects into three main categories: Nutty/Earthy, Seafood-like, and Meaty. The Asian giant hornet falls in the seafood-like category, and, according to Chef Yoon, it has a similar texture to deep fried shrimp head, due to its exoskeleton, and a flavor comparable to “a piece of sweet shrimp sushi” and “funky popcorn.” After processing or cooking, the hornet’s venom is no longer dangerous.

The edible insect community’s new perspective on the murder hornet sightings presents some new possibilities for thinking about and managing invasive species. According to Chef Yoon, “our treatment of these insects is a shame—the first thing we think is to eradicate them and render them inedible with pesticides. But going straight to poisoning without considering other uses of the bugs is a missed opportunity” (Gizmodo).

While scientists quickly seek solutions for eliminating these insects, some are critical of our focus on techno-fixes for dealing with new, unwanted, or harmful species. A potential solution for halting the spread of invasive species involves a skill humans excel at: eating animals into near extinction. A new movement growing in popularity is the “invasivore” diet, which encourages the consumption of invasive species.

This “if we can’t beat it, eat it” solution is a topic of scholarly inquiry at UC Santa Barbara, where anthropology PhD student Pablo Sepulveda studies the consumption of lionfish in the Yucatan. Lionfish are an invasive and venomous species that have quickly decimated much of the reef ecosystem of the tropical Atlantic, Caribbean and Mediterranean.

Despite their painful sting, lionfish are edible if their spines are removed and they are prepared carefully. However, the transition from “invasive species” to “delicacy” requires a cultural shift in how we think of food. Sepulveda researches the efforts of local communities to develop new methods for catching lionfish and to incorporate the species into their cuisine.

The “if we can’t beat it, eat it” solution is also in action by students and community members on the UCSB campus and broader Isla Vista area. Kirstin Cook, an environmental studies major and co-manager of the IV Ethnobotany Project, helps teach students about the many edible plants around the UCSB campus.

“We learn what plants are native to the area and where restoration sites are so we can make sure to only eat plants that are invasive. It’s a win-win for us and for the native plants,” a Project member stated.

On a walk with the IV Ethnobotany students, Andy Lanes, a restoration coordinator with the Cheadle Center for Biological and Ecological Restoration, bends down to pick leaves of curly dock (Rumex crispus). “This is invasive so you should eat as much of it as you can. Go ahead and pull the roots up too. Just make sure not to drop the seeds.” Jordan Thomas, another group member, carefully pockets the seed heads before pulling up a large plant. “Invasive salad for dinner!”

Though an “invasive salad” may sound good to the IV Ethnobotany students, it doesn’t exactly have a ring to it, nor does a delightful dish of “murder hornets.” Categories of food are deeply rooted, and the process of “becoming food” is also a process of becoming familiar. Invasive species are, by definition, unfamiliar and unwanted, which makes the project of encouraging invasivore diets a difficult one.

Though the edible insect advocacy community urges us to rethink possibilities for managing murder hornets, it is widely acknowledged that these insects should not be approached and, if sighted, should be reported immediately (WSDA). “Don’t go trying to catch them in a butterfly net,” Mandelbaum advises.

However, if you end up with murder hornets in your frying pan, edible insect advocates have recipes at the ready. Why not try Chef Yoon’s murder hornet spring rolls, sautéed hornets infused with onions, garlic and gochujang chili paste?

Kenzie Wade is a Ph.D. student in the Department of Anthropology.  She studies changing cultural perceptions of edible insects and participates in community education of the environmental, social, and health impact of the food we eat.