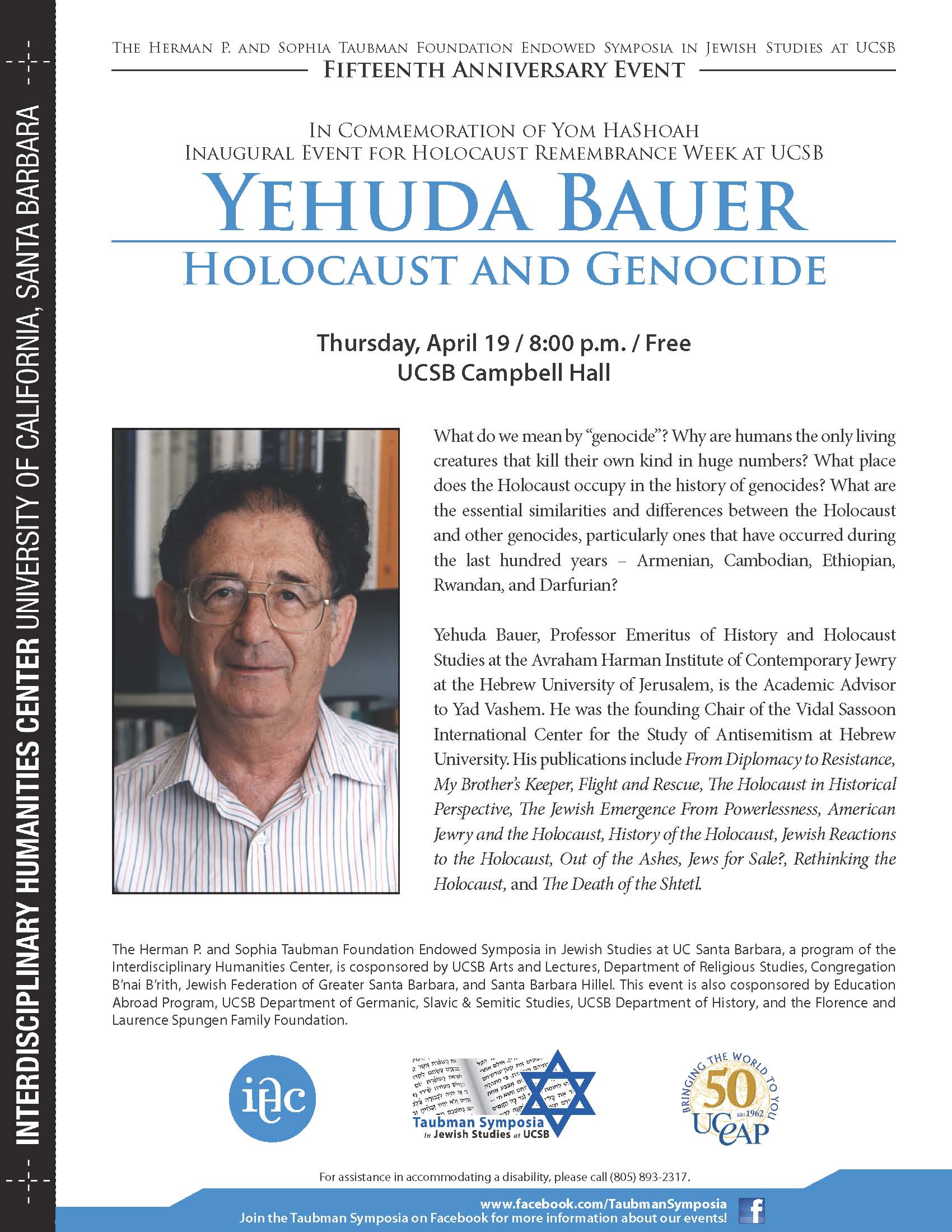 What do we mean by “genocide”? Why are humans the only living creatures that kill their own kind in huge numbers?  What place does the Holocaust occupy in the history of genocides? What are the essential similarities and differences between the Holocaust and other genocides, particularly ones that have occurred during the last hundred years – Armenian, Cambodian, Ethiopian, Rwandan, and Darfurian?

Yehuda Bauer, Professor Emeritus of History and Holocaust Studies at the Avraham Harman Institute of Contemporary Jewry at the Hebrew University of Jerusalem, is the Academic Advisor to Yad Vashem. He was the founding Chair of the Vidal Sassoon International Center for the Study of Antisemitism at Hebrew University.  His publications include From Diplomacy to Resistance, My Brother’s Keeper, Flight and Rescue, The Holocaust in Historical Perspective, The Jewish Emergence From Powerlessness, American Jewry and the Holocaust, History of the Holocaust, Jewish Reactions to the Holocaust, Out of the Ashes, Jews for Sale?, Rethinking the Holocaust, and The Death of the Shtetl.