4Humanities@UCSB Meeting on “The Heart of the Matter” Congressional Report 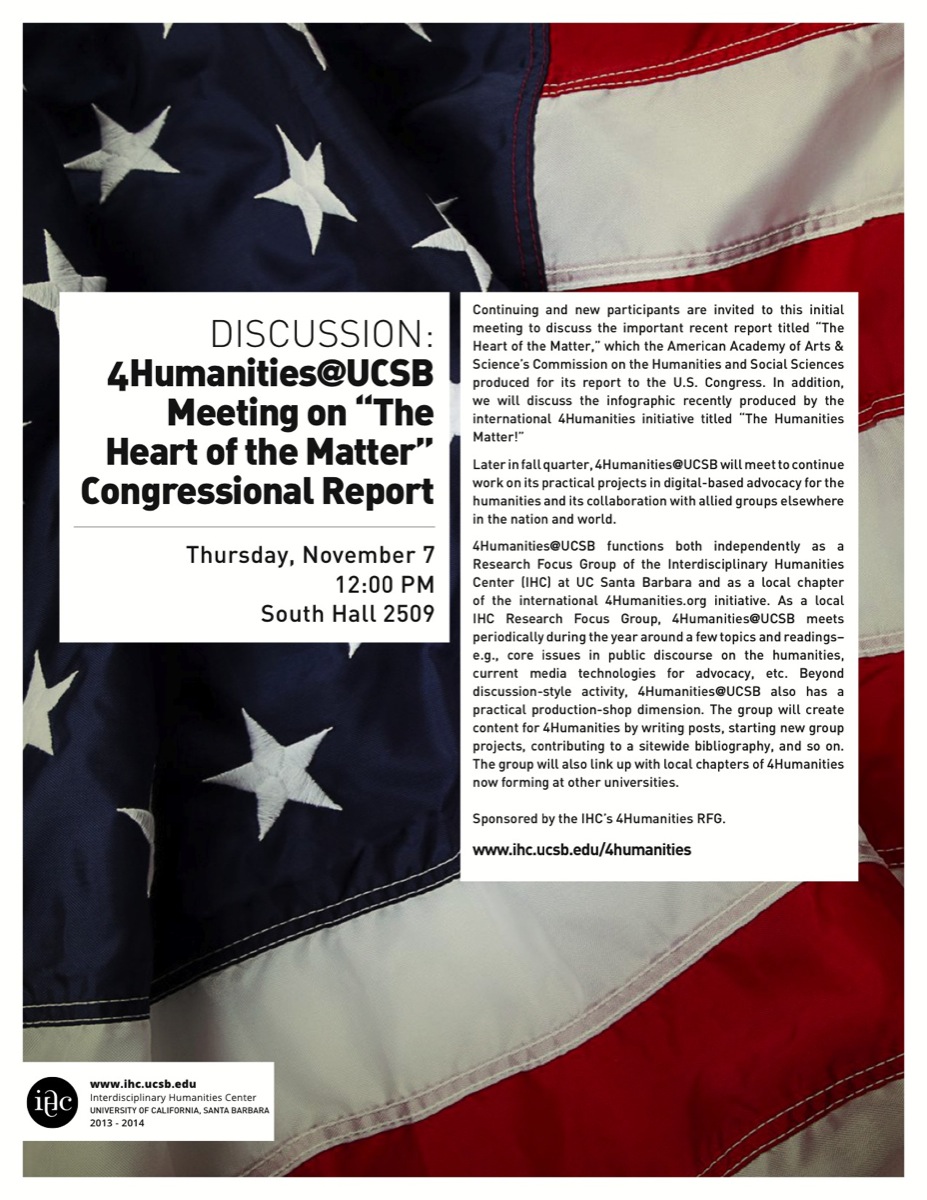 Continuing and new participants are invited to this initial meeting to discuss the important recent report titled “The Heart of the Matter,” which the American Academy of Arts & Science’s Commission on the Humanities and Social Sciences produced for its report to the U.S. Congress. In addition, we will discuss the infographic recently produced by the international 4Humanities initiative titled “The Humanities Matter!.”

Later in fall quarter, 4Humanities@UCSB will meet to continue work on its practical projects in digital-based advocacy for the humanities and its collaboration with allied groups elsewhere in the nation and world.

4Humanities@UCSB functions both independently as a Research Focus Group of the Interdisciplinary Humanities Center (IHC) at UC Santa Barbara and as a local chapter of the international 4Humanities.org initiative. As a local IHC Research Focus Group, 4Humanities@UCSB meets periodically during the year around a few topics and readings–e.g., core issues in public discourse on the humanities, current media technologies for advocacy, etc. Beyond discussion-style activity, 4Humanities@UCSB also has a practical production-shop dimension. The group will create content for 4Humanities by writing posts, starting new group projects, contributing to a sitewide bibliography, and so on. The group will also link up with local chapters of 4Humanities now forming at other universities.