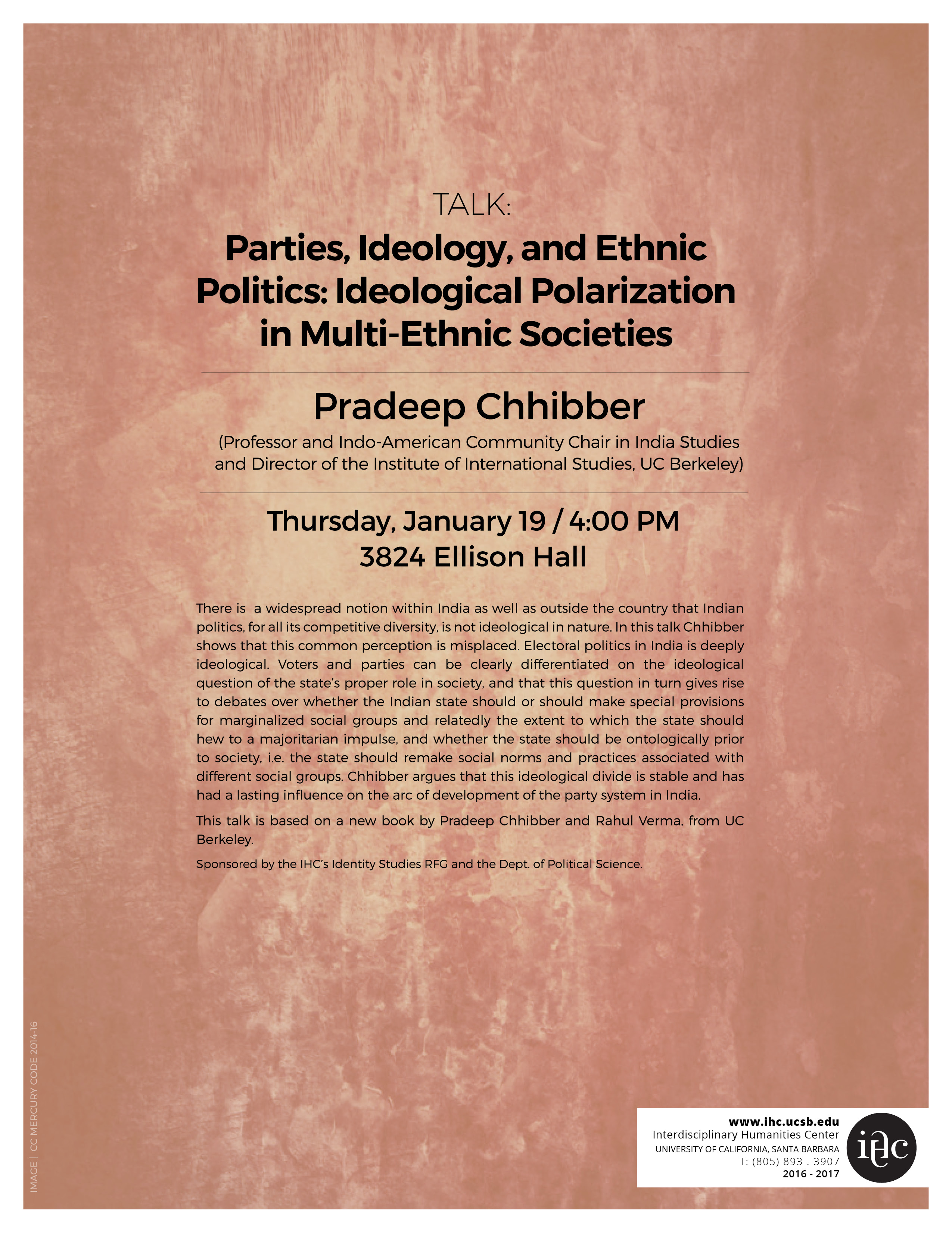 There is  a widespread notion within India as well as outside the country that Indian politics, for all its competitive diversity, is not ideological in nature. In this talk Chhibber shows that this common perception is misplaced. Electoral politics in India is deeply ideological. Voters and parties can be clearly differentiated on the ideological question of the state’s proper role in society, and that this question in turn gives rise to debates over whether the Indian state should or should make special provisions for marginalized social groups and relatedly the extent to which the state should hew to a majoritarian impulse, and whether the state should be ontologically prior to society, i.e. the state should remake social norms and practices associated with different social groups. Chhibber argues that this ideological divide is stable and has had a lasting influence on the arc of development of the party system in India.

This talk is based on a new book by Pradeep Chhibber and Rahul Verma, from UC Berkeley.

The IHC’s Identity Studies RFG and the Dept. of Political Science.