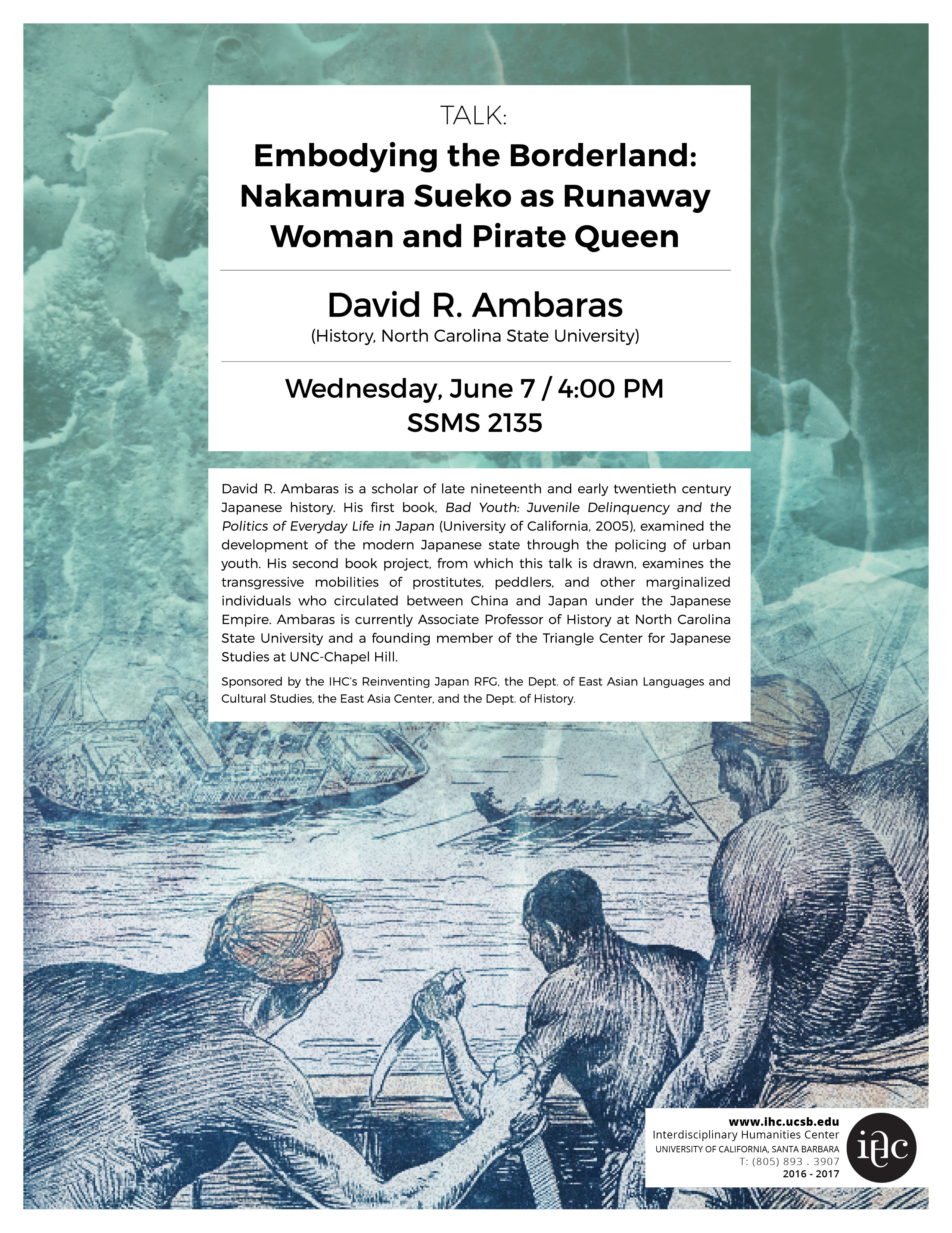 David R. Ambaras is a scholar of late nineteenth and early twentieth century Japanese history. His first book, Bad Youth: Juvenile Delinquency and the Politics of Everyday Life in Japan (University of California, 2005), examined the development of the modern Japanese state through the policing of urban youth. His second book project, from which this talk is drawn, examines the transgressive mobilities of prostitutes, peddlers, and other marginalized individuals who circulated between China and Japan under the Japanese Empire. Ambaras is currently Associate Professor of History at North Carolina State University and a founding member of the Triangle Center for Japanese Studies at UNC-Chapel Hill.

Sponsored by the IHC’s Reinventing Japan RFG, the Dept. of East Asian Languages and Cultural Studies, the East Asia Center, and the Dept. of History.