01 May The Eichmann Trial 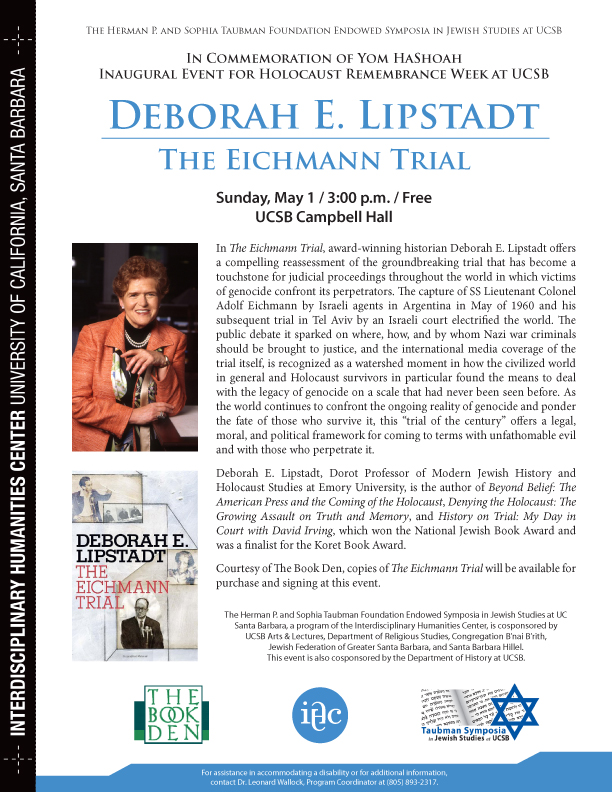 Lipstadt offers a compelling reassessment of the groundbreaking trial that has become a touchstone for judicial proceedings in which victims of genocide confront its perpetrators. As the world continues to confront the ongoing reality of genocide and ponder the fate of those who survive it, this “trial of the century” offers a legal, moral, and political framework for coming to terms with unfathomable evil and those who perpetrate it.

Deborah E. Lipstadt, Dorot Professor of Modern Jewish History and Holocaust Studies at Emory University, is the author of Beyond Belief: The American Press and the Coming of the Holocaust, Denying the Holocaust: The Growing Assault on Truth and Memory, and History on Trial: My Day in Court with David Irving, which won the National Jewish Book Award and was a finalist for the Koret Book Award.