Devotee or God: Hanumān in Hindu Art and Literature

22 May Devotee or God: Hanumān in Hindu Art and Literature 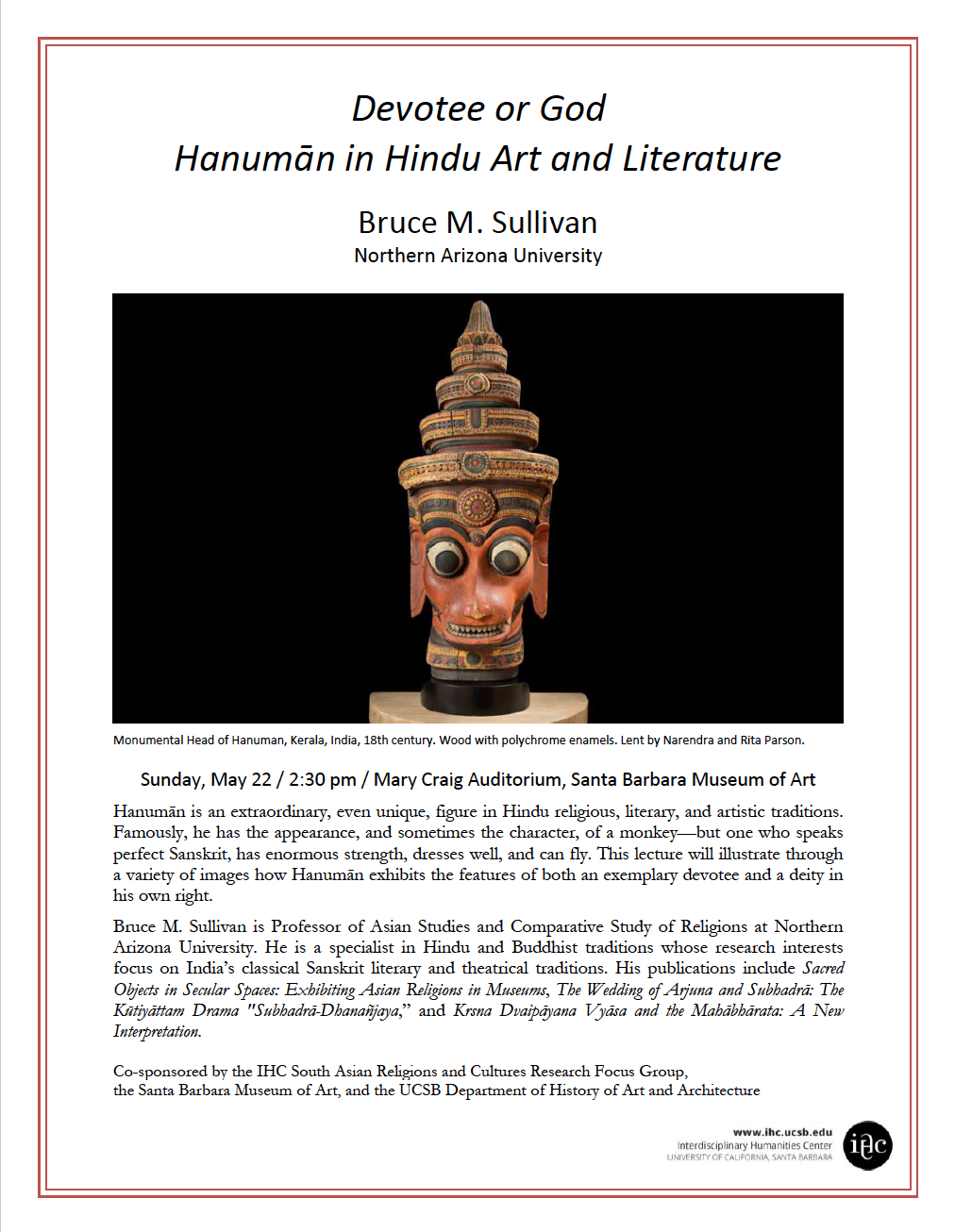 Hanumān is an extraordinary, even unique, figure in Hindu religious, literary, and artistic traditions. Famously, he has the appearance, and sometimes the character, of a monkey—but one who speaks perfect Sanskrit, has enormous strength, dresses well, and can fly. This lecture will illustrate through a variety of images how Hanumān exhibits the features of both an exemplary devotee and a deity in his own right.

Bruce M. Sullivan is Professor of Asian Studies and Comparative Study of Religions at Northern Arizona University. He is a specialist in Hindu and Buddhist traditions whose research interests focus on India’s classical Sanskrit literary and theatrical traditions. His publications include Sacred Objects in Secular Spaces: Exhibiting Asian Religions in Museums, The Wedding of Arjuna and Subhadrā: The Kūtiyāttam Drama “Subhadrā-Dhanañjaya,” and Krsna Dvaipāyana Vyāsa and the Mahābhārata: A New Interpretation.