Creatures of Cain: Human Nature and the Politics of Violence During the Cold War

Home > Upcoming Events  > Creatures of Cain: Human Nature and the Politics of Violence During the Cold War

10 May Creatures of Cain: Human Nature and the Politics of Violence During the Cold War 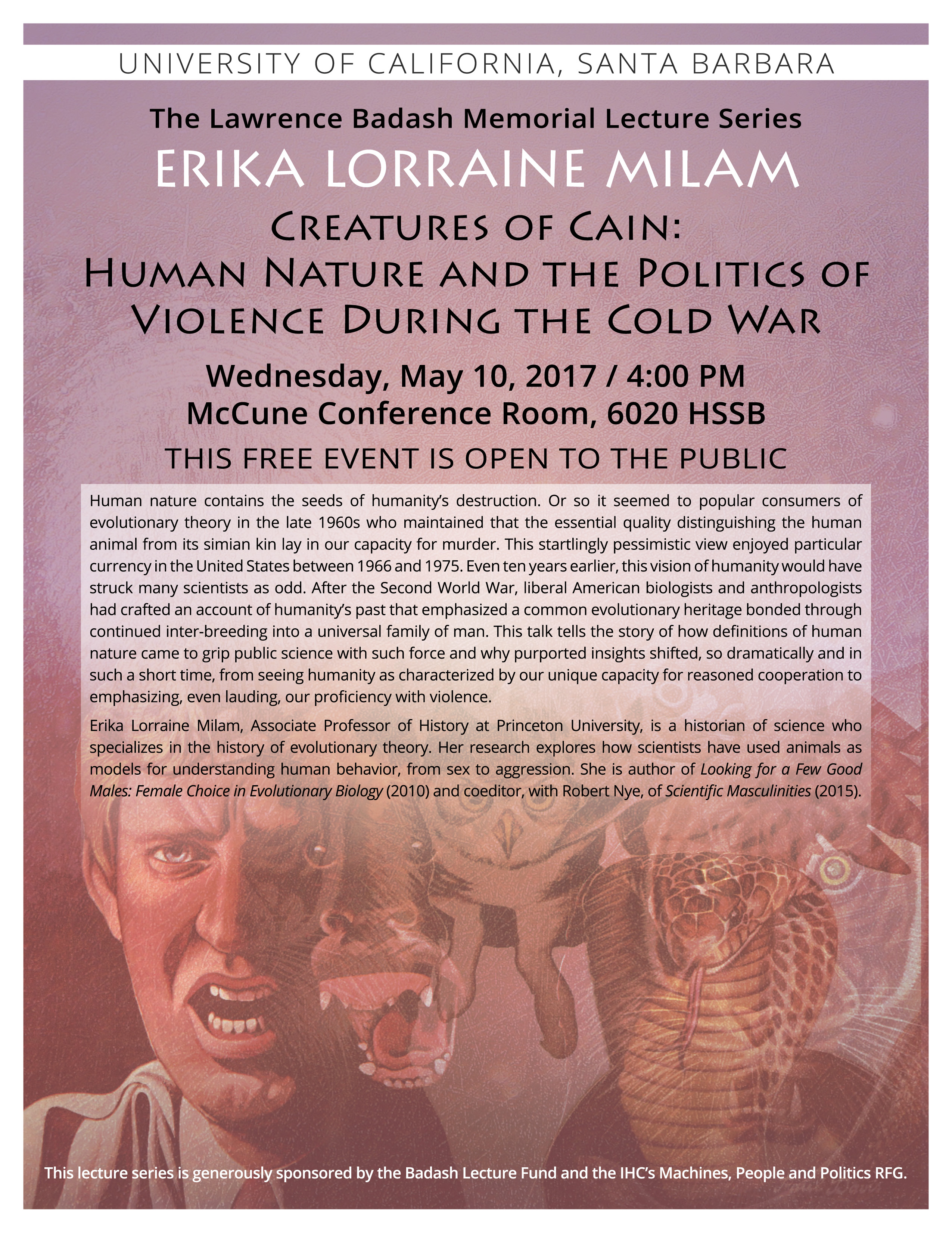 Human nature contains the seeds of humanity’s destruction. Or so it seemed to popular consumers of evolutionary theory in the late 1960s who maintained that the essential quality distinguishing the human animal from its simian kin lay in our capacity for murder. This startlingly pessimistic view enjoyed particular currency in the United States between 1966 and 1975. Even ten years earlier, this vision of humanity would have struck many scientists as odd. After the Second World War, liberal American biologists and anthropologists had crafted an account of humanity’s past that emphasized a common evolutionary heritage bonded through continued inter-breeding into a universal family of man. This talk tells the story of how definitions of human nature came to grip public science with such force and why purported insights shifted, so dramatically and in
such a short time, from seeing humanity as characterized by our unique capacity for reasoned cooperation to emphasizing, even lauding, our proficiency with violence.

Erika Lorraine Milam, Associate Professor of History at Princeton University, is a historian of science who specializes in the history of evolutionary theory. Her research explores how scientists have used animals as models for understanding human behavior, from sex to aggression. She is author of Looking for a Few Good Males: Female Choice in Evolutionary Biology (2010) and coeditor, with Robert Nye, of Scientific Masculinities (2015).

Sponsored by the Badash Lecture Fund and the IHC’s Machines, People, and Politics RFG.