Early Islamic and Crusader Ceramics from Jaffa: Continuity and Change

15 May Early Islamic and Crusader Ceramics from Jaffa: Continuity and Change 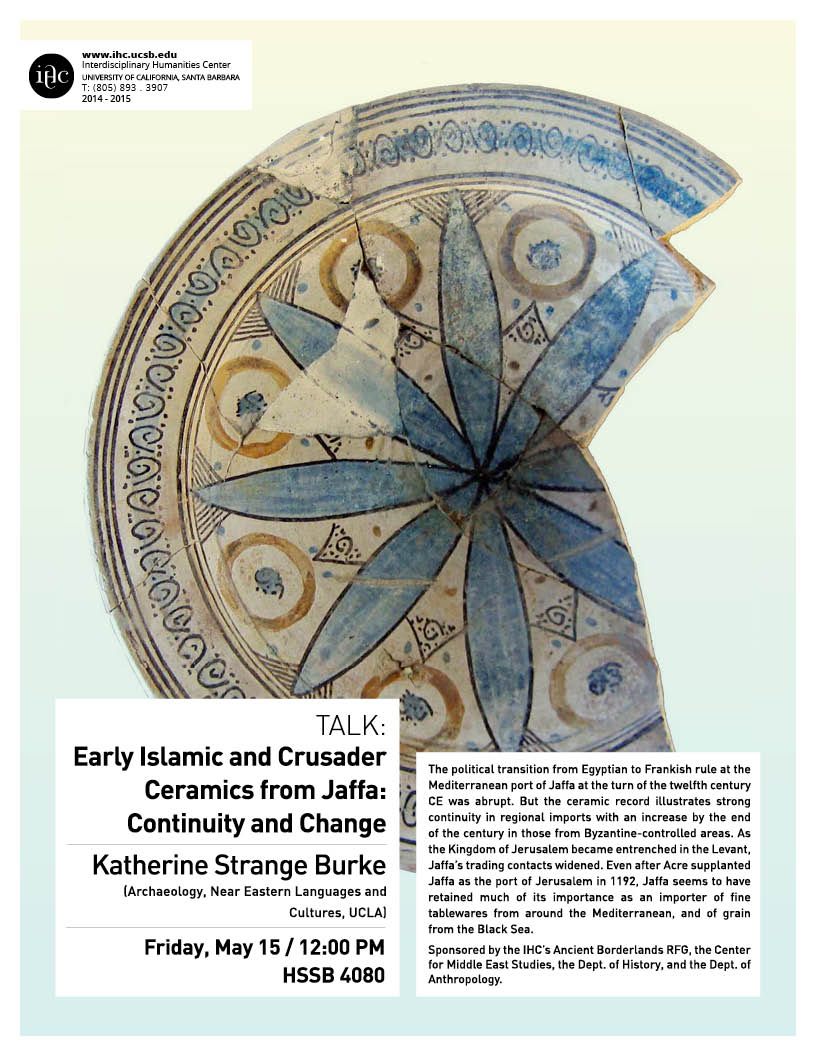 The political transition from Egyptian to Frankish rule at the Mediterranean port of Jaffa at the turn of the twelfth century CE was abrupt. But the ceramic record illustrates strong continuity in regional imports with an increase by the end of the century in those from Byzantine-controlled areas. As the Kingdom of Jerusalem became entrenched in the Levant, Jaffa’s trading contacts widened. Even after Acre supplanted Jaffa as the port of Jerusalem in 1192, Jaffa seems to have retained much of its importance as an importer of fine tablewares from around the Mediterranean, and of grain from the Black Sea.

Dr. Burke has researched, excavated, and traveled in Egypt, Israel, Jordan, Lebanon, Syria, and Turkey. As the medievalist for the Jaffa Cultural Heritage Project, she has been constructing a ceramic typology for the Early Islamic and Crusader periods, using previously unpublished finds, and supported by grants from the NEH, the Fondation Max van Berchem, and the Cotsen Institute of Archaeology. Her book, “The Sheikh’s House at Quseir al-Qadim: Documenting a Thirteenth-century Red Sea Port” is forthcoming from the Oriental Institute of the University of Chicago.

Sponsored by the IHC’s Ancient Borderlands RFG, Center for Middle East Studies, the Dept. of History, and the Dept. of Anthropology.