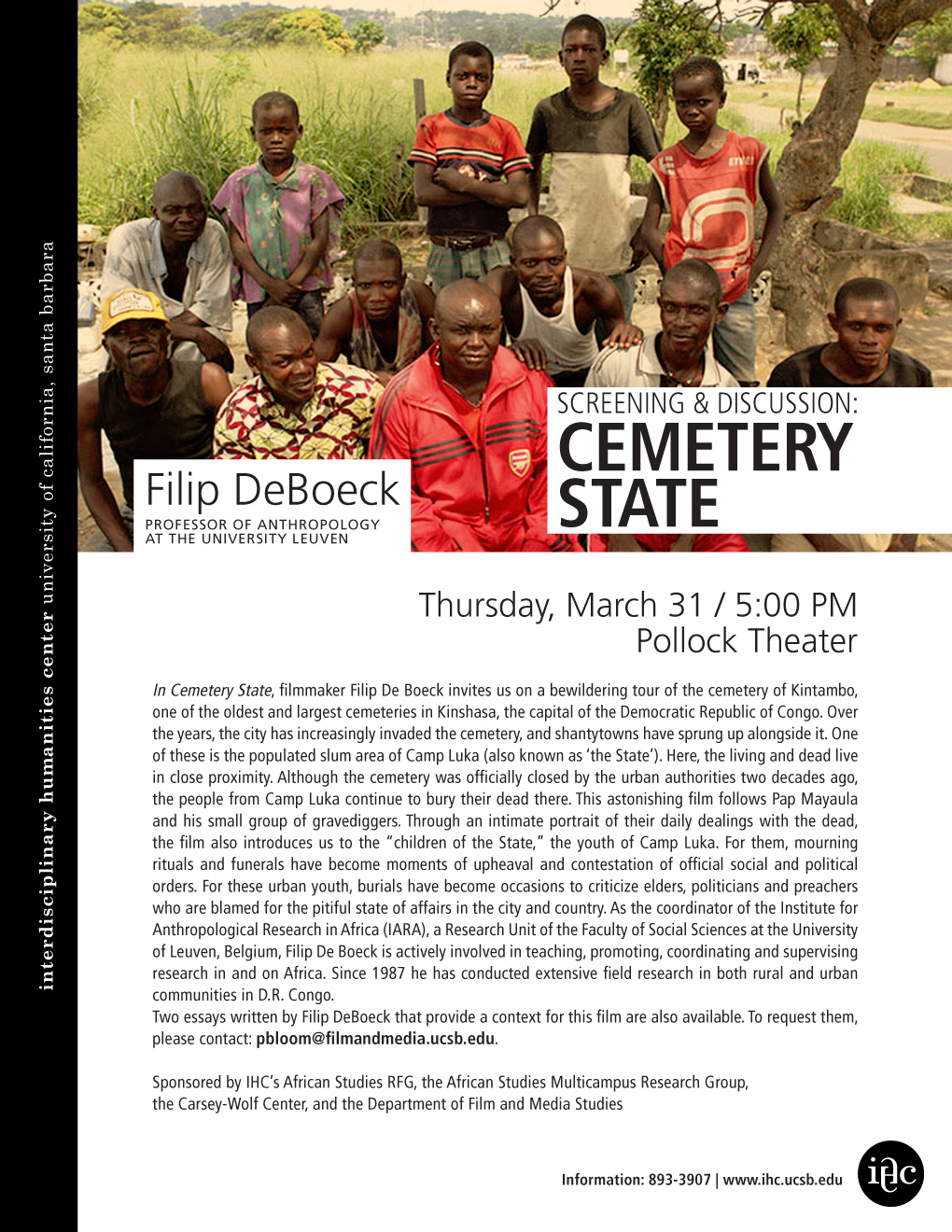 In Cemetery State, Filip DeBoeck invites us on a bewildering tour of the cemetery of Kintambo, one of the oldest and largest cemeteries in Kinshasa, the capital of the Democratic Republic of Congo. Over the years, the city has increasingly invaded the cemetery, and shantytowns have sprung up alongside it. One of these is the populated slum area of Camp Luka (also known as ‘the State’). Here, the living and dead live in close proximity. Although the cemetery was officially closed by the urban authorities two decades ago, the people from Camp Luka continue to bury their dead there. This astonishing film follows Pap Mayaula and his small group of gravediggers. Through an intimate portrait of their daily dealings with the dead, the film also introduces us to the “children of the State,” the youth of Camp Luka. For them, mourning rituals and funerals have become moments of upheaval and contestation of official social and political orders. For these urban youth, burials have become occasions to criticize elders, politicians and preachers who are blamed for the pitiful state of affairs in the city and country. As the coordinator of the Institute for Anthropological Research in Africa (IARA), a Research Unit of the Faculty of Social Sciences at the University of Leuven, Belgium, Filip DeBoeck is actively involved in teaching, promoting, coordinating and supervising research in and on Africa. Since 1987 he has conducted extensive field research in both rural and urban communities in D.R. Congo.
Sponsored by IHC’s African Studies RFG, the African Studies Multicampus Research Group, the Carsey-Wolf Center, and the Dept. of Film and Media Studies