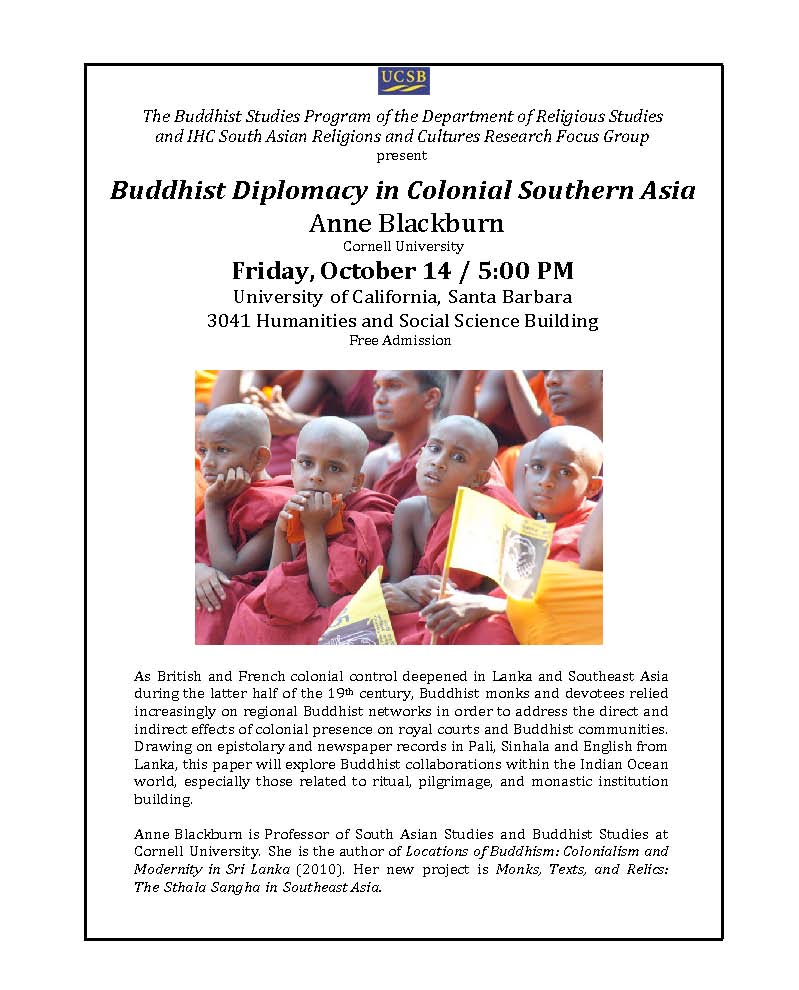 As British and French colonial control deepened in Lanka and Southeast Asia during the latter half of the nineteenth century, Buddhist monks and devotees relied increasingly on regional Buddhist networks in order to address the direct and indirect effects of colonial presence on royal courts and Buddhist communities. Drawing on epistolary and newspaper records in Pali, Sinhala, and English from Lanka, this lecture explored Buddhist collaborations within the Indian Ocean world, especially those related to ritual, pilgrimage, and monastic institution building.

Anne Blackburn is Professor of South Asian Studies and Buddhist Studies at Cornell University. She is the author of Locations of Buddhism: Colonialism and Modernity in Sri Lanka and is completing a new project entitled Monks, Texts, and Relics: The Sthala Sangha in Southeast Asia.