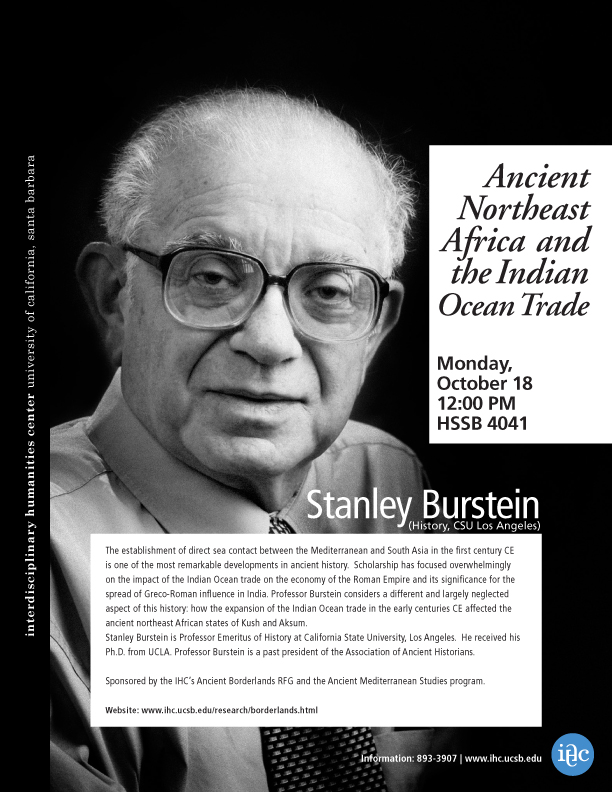 The establishment of direct sea contact between the Mediterranean and South Asia in the first century CE is one of the most remarkable developments in ancient history.  Scholarship has focused overwhelmingly on the impact of the Indian Ocean trade on the economy of the Roman Empire and its significance for the spread of Greco-Roman influence in India. Professor Burstein considers a different and largely neglected aspect of this history: how the expansion of the Indian Ocean trade in the early centuries CE affected the ancient northeast African states of Kush and Aksum.

Stanley Burstein is Professor Emeritus of History at California State University, Los Angeles.  He received his Ph.D. from UCLA.  Prof. Burstein is a past president of the Association of Ancient Historians.