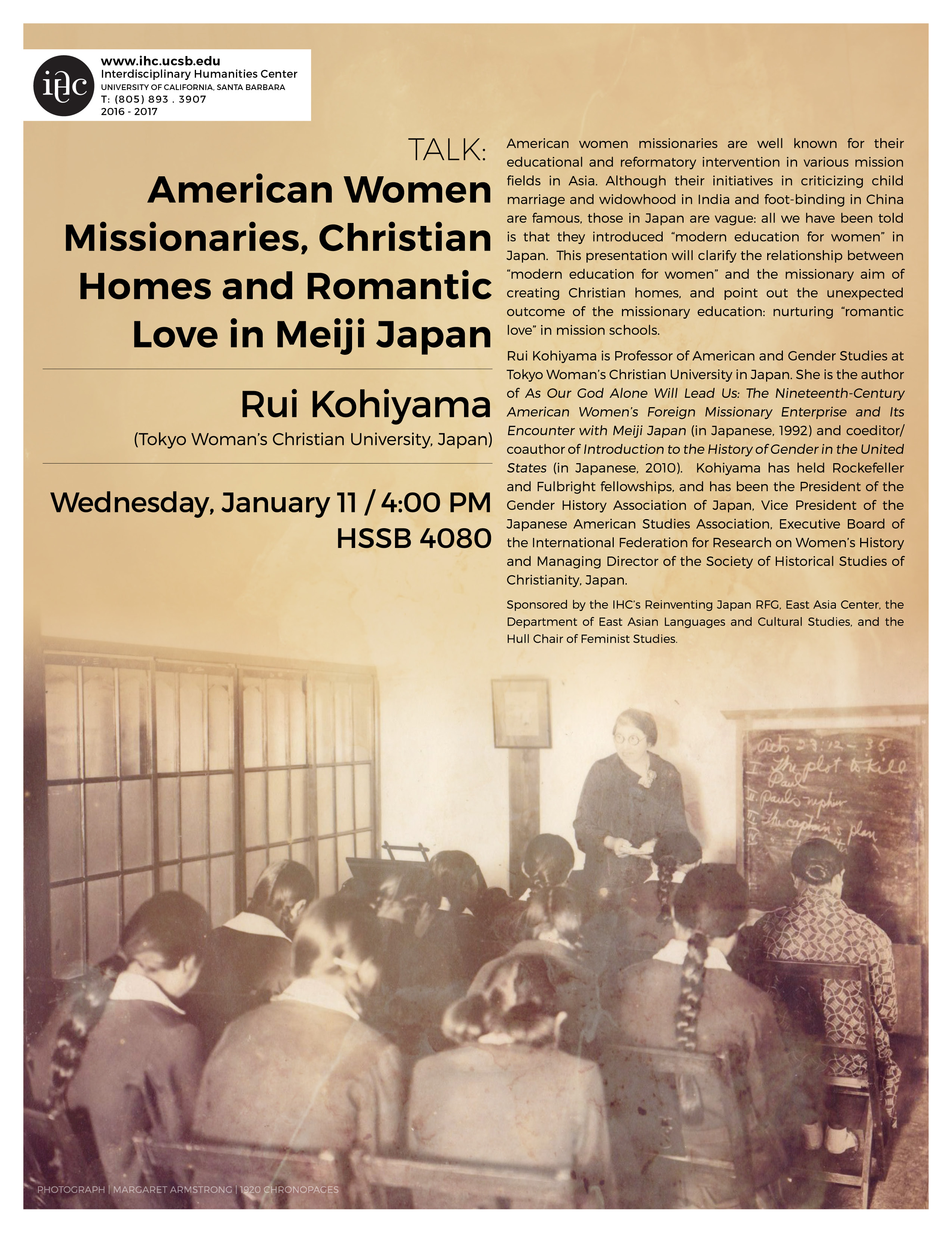 American women missionaries are well known for their educational and reformatory intervention in various mission fields in Asia. Although their initiatives in criticizing child marriage and widowhood in India and foot-binding in China are famous, those in Japan are vague: all we have been told is that they introduced “modern education for women” in Japan.  This presentation will clarify the relationship between “modern education for women” and the missionary aim of creating Christian homes, and point out the unexpected outcome of the missionary education: nurturing “romantic love” in mission schools.

Rui Kohiyama is Professor of American and Gender Studies at Tokyo Woman’s Christian University in Japan. She is the author of As Our God Alone Will Lead Us: The Nineteenth-Century American Women’s Foreign Missionary Enterprise and Its Encounter with Meiji Japan (in Japanese, 1992) and coeditor/coauthor of Introduction to the History of Gender in the United States (in Japanese, 2010).  Kohiyama has held Rockefeller and Fulbright fellowships, and has been the President of the Gender History Association of Japan, Vice President of the Japanese American Studies Association, Executive Board of the International Federation for Research on Women’s History and Managing Director of the Society of Historical Studies of Christianity, Japan.

Sponsored by the IHC’s Reinventing Japan RFG, East Asia Center, the Department of East Asian Languages and Cultural Studies, and the Hull Chair of Feminist Studies.