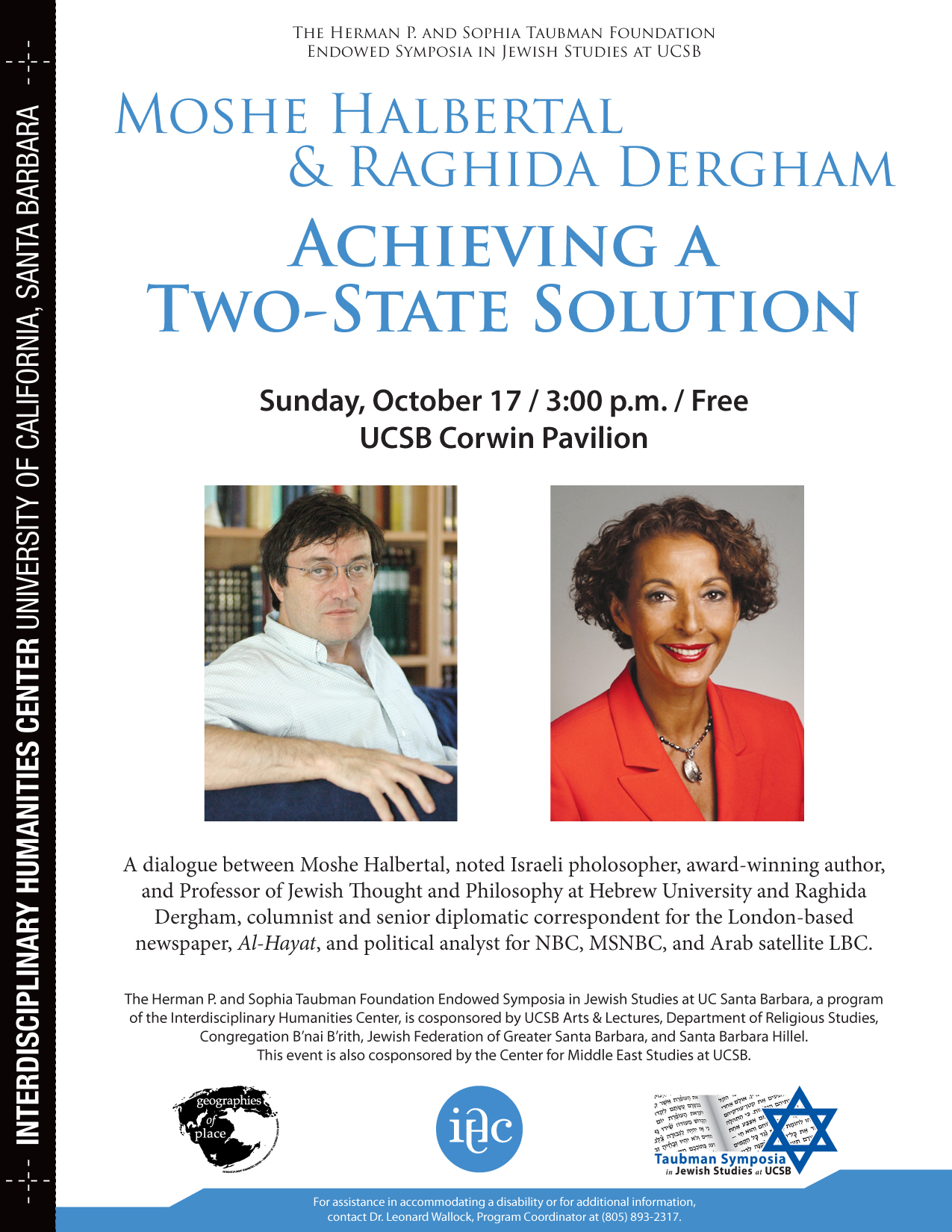 A dialogue between Moshe Halbertal, noted Israeli pholosopher, award-winning author, and Professor of Jewish Thought and Philosophy at Hebrew University and Raghida Dergham, columnist and senior diplomatic correspondent for the London-based newspaper, Al-Hayat, and political analyst for NBC, MSNBC, and Arab satellite LBC.

Moshe Halbertal is the Gruss Professor at NYU Law School and a Professor of Jewish Thought and Philosophy at the Hebrew University, and he is a member of the Israel’s National Academy for Sciences and the Humanities. He received his Ph.D. from the Hebrew University in 1989, and from 1988-1992 he was a fellow at the Society of Fellows at Harvard University. Moshe Halbertal served as a visiting Professor at Harvard Law School at University of Pennsylvania Law School. He is the author of Idolatry (co authored with Avishai Margalit) and People of the Book: Canon, Meaning and Authority, both published by Harvard University Press. He has also authored Interpretative Revolutions in the Making, Between Torah and Wisdom: R. Menachem ha-Meiri, The Maimonidean Halakhists in Provence, and By Way of Truth: Nahmanides and the Creation of Tradition.  His latest book, Concealment and Revelation: Esotericism in Jewish Thought and Its Philosophical Implications, was published by Princeton University Press in 2007. Moshe Halbertal is the recipient of the Bruno Award of the Rothschild foundation, and the Goren Goldstein award for the best book in Jewish Thought in the years 1997-2000.

Raghida Dergham is Columnist and Senior Diplomatic Correspondent for the London-based Al-Hayat, the leading independent Arabic daily, since 1989. She writes a regular weekly strategic column on International Political Affairs.   Dergham is also a Political Analyst for NBC, MSNBC and the Arab satellite LBC. She is a Contributing Editor for the LA Times Syndicate Global Viewpoint and has contributed to: The New York Times, The Washington Post, The International Herald Tribune and Newsweek. Ms. Dergham was featured in the PBS documentary, Caught in The Crossfire. Dergham has been a frequent guest on PBS’s “Charlie Rose” and “The News Hour,” CNN, FOX, ABC, CBS, Canada’s CBC, Al-Jazeera as well as a radio guest on NPR and the BBC.  A Lebanese-born American citizen, Dergham is a member of The Council on Foreign Relations. She was co-chair of the Council’s 1997 conference: “In the National Interest: Does diversity make a difference?”  She serves on the Board of the International Women’s Media Foundation, and has served on the Advisory Council of Princeton University’s Institute for Transregional Studies of the contemporary Middle East, North Africa and Central Asia.