Evangelical Absolutism: Breaking the Mind’s Images in the English Reformation 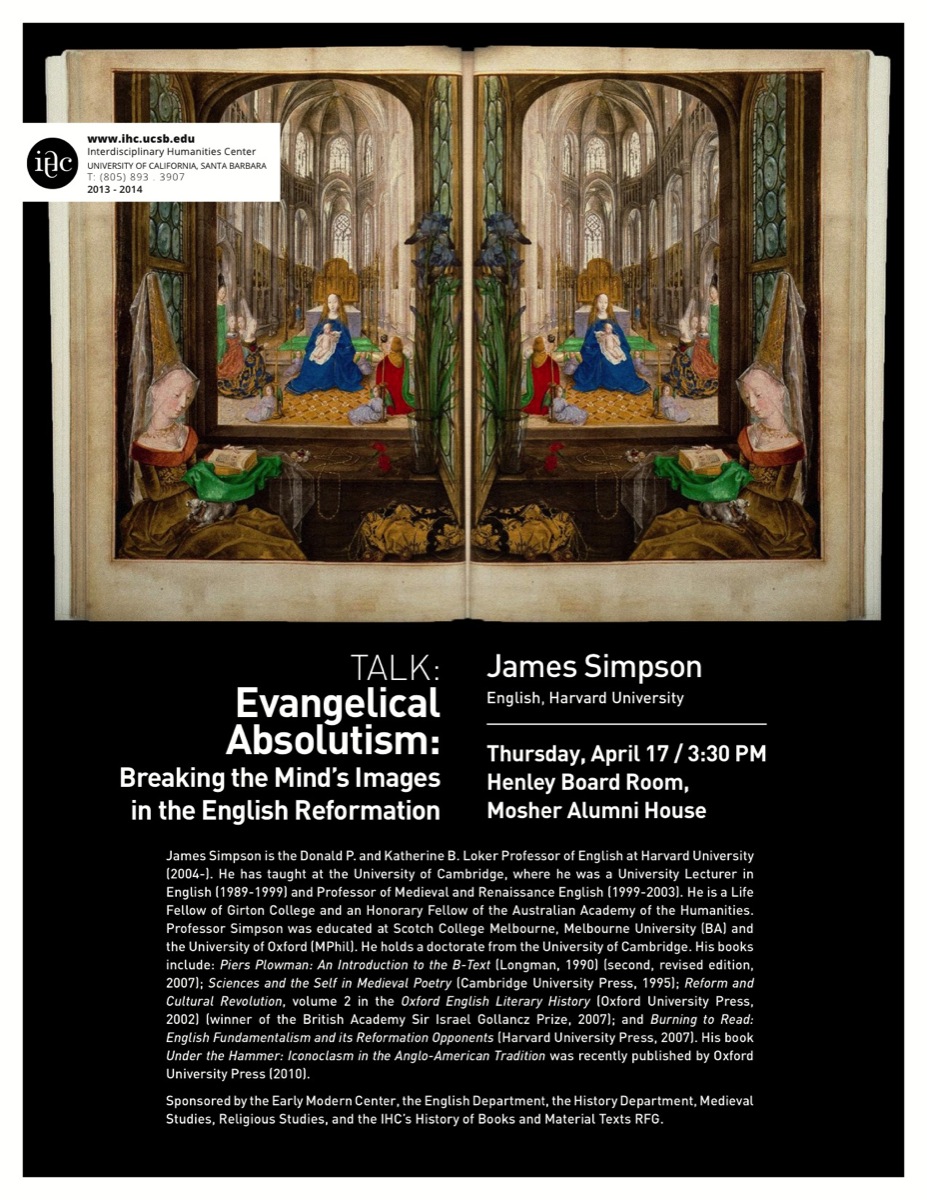 James Simpson is the Donald P. and Katherine B. Loker Professor of English at Harvard University (2004-).  He has taught at the University of Cambridge, where he was a University Lecturer in English (1989-1999) and Professor of Medieval and Renaissance English (1999-2003). He is a Life Fellow of Girton College and an Honorary Fellow of the Australian Academy of the Humanities.  Professor Simpson was educated at Scotch College Melbourne, Melbourne University (BA) and the University of Oxford (MPhil). He holds a doctorate from the University of Cambridge. His books include: Piers Plowman: An Introduction to the B-Text (Longman, 1990) (second, revised edition, 2007); Sciences and the Self in Medieval Poetry (Cambridge University Press, 1995); Reform and Cultural Revolution, volume 2 in the Oxford English Literary History (Oxford University Press, 2002) (winner of the British Academy Sir Israel Gollancz Prize, 2007); and Burning to Read: English Fundamentalism and its Reformation
Opponents (Harvard University Press, 2007). His book Under the Hammer: Iconoclasm in the Anglo-American Tradition was recently published by Oxford University Press (2010).

Sponsored by the Early Modern Center, the English Department, the History Department, Medieval Studies, Religious Studies, and the IHC’s History of Books and Material Texts RFG.