Posted at 19:30h in Upcoming Events, IHC Series, The Humanities and the Brain by Admin 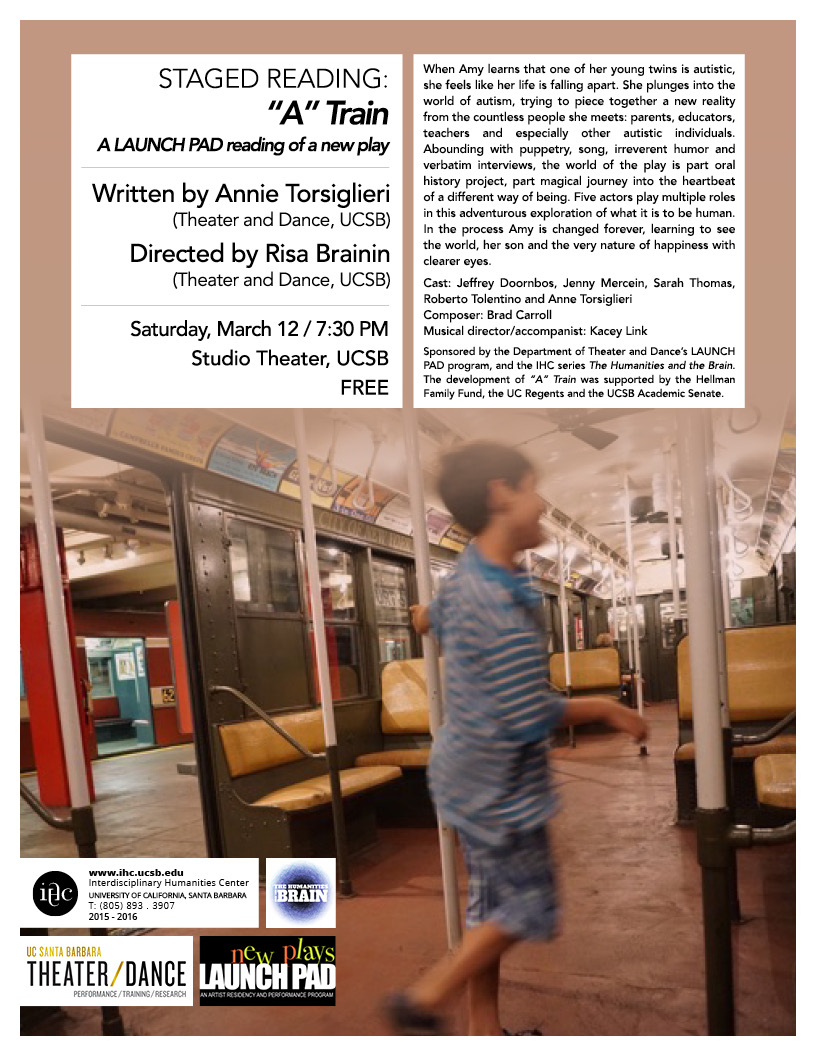 When Amy learns that one of her young twins is autistic, she feels like her life is falling apart. She plunges into the world of autism, trying to piece together a new reality from the countless people she meets: parents, educators, teachers and especially other autistic individuals. Abounding with puppetry, song, irreverent humor and verbatim interviews, the world of the play is part oral history project, part magical journey into the heartbeat of a different way of being. Five actors play multiple roles in this adventurous exploration of what it is to be human.  In the process Amy is changed forever, learning to see the world, her son and the very nature of happiness with clearer eyes.

Anne Torsiglieri has been seen on Broadway in Top Girls, Parade, Blood Brothers and Miss Saigon as well as in the National Tour of Les Misérables as Fantine. Off-Broadway and regionally she’s performed at Manhattan Theatre Club, Second Stage, Playwrights Horizons, Ensemble Studio Theatre, NY Stage and Film, Williamstown Theatre Festival, McCarter Theatre, Baltimore Center Stage, The Huntington, The Eugene O’Neill Theatre Festival, Sundance Theatre Lab, Great Lakes Theatre Festival, Cleveland Playhouse and others. She is the recipient of Drama Logue and Garland Awards for her performance as Catherine Sloper in The Heiress (Berkeley Rep) and the New Hampshire Theatre Award for Best Actress in a Musical for her performance as the titular role in The Drowsy Chaperone (New London Barn Playhouse). She has written several short plays for The 52nd St. Project in NYC. Anne is an Associate Professor in the Dept. of Theater and Dance at UCSB. She is a graduate of Princeton University and the Juilliard School.

Sponsored by the Department of Theater and Dance’s LAUNCH PAD program, and the IHC series The Humanities and the Brain. The development of “A” Train was supported by the Hellman Family Fund, the UC Regents and the UCSB Academic Senate.